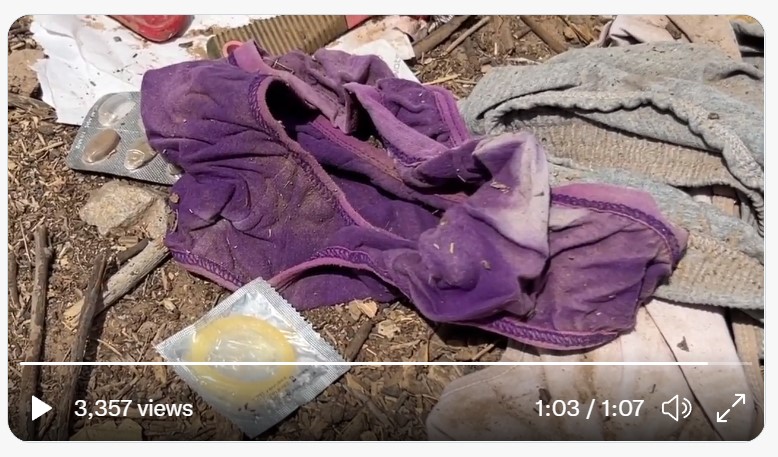 Ben Bergquam, the host of Law and Border on Real America’s Voice, has spent a lot of time on the Southern Border of the United States investigating the invasion into the United States by migrants who are coming into our country through Mexico and from all over the world.

Due to Democrat Joe Biden’s policies and suppression of law enforcement, the area around the border is full of debauchery, immigration crimes, human and drug trafficking, skirmishes between rival drug cartels, and total disrespect for our country in general.

In the following footage, Bergquam shows what damage is being done to the country and how having the wall in disrepair- is creating a welcoming environment for lawbreakers and for frightening scenarios- that leaves us guessing about human suffering.

The number of illegal invaders we have allowed into our country is staggering.

Bergquam was on the border and showed the telltale signs of how many people had trampled into our country and the filthy evidence of what they were doing right before they broke into our country.

“All of this trash left by illegal aliens who are breaking into our country. You can see right across Mexico; the reeds are in the water, and it is only knee-deep; they simply walk across and throw their garbage down around here.  And then we, like idiots, let them in.

This gives you an idea of how many people come into our country illegally. That’s their footsteps. And that’s the end of the wall down there.

And everywhere, you look for more evidence of the sexual assaults occurring every single day because the Democrats open border policies,” Bergquam said.