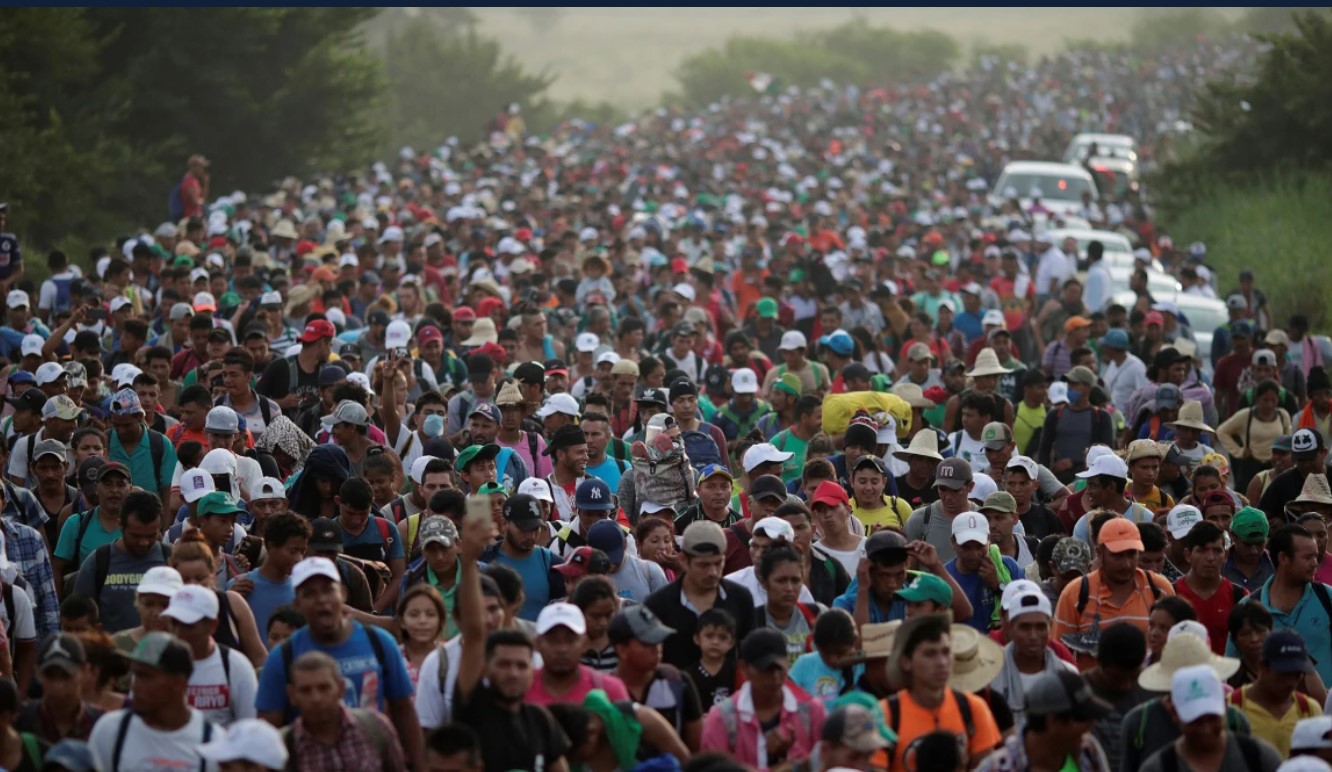 A U.S. federal judge on Friday smacked down Democrat Joe Biden and his administration and sided with officials in Texas and Louisiana who were challenging a treasonous border policy in court, which allowed an invasion into the United States of America.

In the crosshairs was a Biden directive issued last September by the Department of Homeland Security (DHS), which instructed agents to focus on immigrants deemed to pose a threat to national security or public safety.

Texas Judge Drew Tipton, responding to a lawsuit filed by Texas and Louisiana which said the rules violated federal law, shut down the policy but stayed the implementation of the ruling for seven days to give the Biden administration time to appeal.

Homeland Security Secretary Alejandro Mayorkas said in his memo that it meant that just being in the country illegally was not enough to get arrested or deported by ICE — part of a dramatic overhauling of immigration policy by the Biden administration.

“We have fundamentally changed immigration enforcement in the interior,” Mayorkas declared in an interview with CBS News in January. “For the first time ever, our policy explicitly states that a non-citizen’s unlawful presence in the United States will not, by itself, be a basis for the initiation of an enforcement action

The policy gave immigration and border agents discretion, or a free amnesty, to spare migrants who have lived in the United States a long time, are elderly, or are minors or whose family members might be adversely affected by deportation.

Other mitigating factors to be considered included service in the military or an immediate family member victimized by crime.

“The directive was part of a shift in U.S. immigration enforcement priorities undertaken by the administration of President Joe Biden, a Democrat, to reverse the hardline deportation policies of his Republican predecessor, Donald Trump.

The U.S. government will narrow who immigration agents target for arrest and deportation, U.S. Homeland Security Secretary Alejandro Mayorkas said on Thursday, in a marked departure from the hard-line approach taken by then-U.S. President Donald Trump.

Immigrants who have been in the United States for a lengthy period of time, who are elderly or minors or whose family members might be adversely affected by deportation could be spared enforcement, according to a memo issued Thursday. Other mitigating factors given consideration could be service in the military by the immigrant or an immediate family member or those who have been victims of a crime among other examples, the memo sent to U.S. Immigration and Customs Enforcement (ICE) and U.S. Customs and Border Protection (CBP) said. The new guidelines take effect in 60 days.”

Biden, who needs to create more voters for the Democrat Party, pledged a more ‘humanitarian’ approach to immigration than what happened under President Donald J. Trump.

But what has happened is anything but kind, good and civil. Biden has created a human tragedy for more than two countries and people in undeveloped third worlds make their way to the open borders of the United States, often through harrowing and dangerous routes- being attacked, abused, raped, starving, and dying by dehydration, drowning and murder.

The open border policies also create a massive increase in human trafficking and other crimes in border towns in both Mexico and the USA.

“Under Trump, ICE agents were told no immigrant would be exempt from immigration enforcement including low-level offenders and non-criminals, as well as people who have been in the United States for many years,” Rueters reported.

“It is estimated there are more than 11 million undocumented or otherwise removable non-citizens in the United States,” including teachers, farmworkers and people working on the frontlines of the COVID-19 pandemic, the memo said. “We do not have the resources to apprehend and seek the removal of every one.”

Biden’s directive, as usual is confusing and weak, which is why people are saying that he and his administration are purposefully creating an invasion.

“The new guidelines do not include categories, but rather instruct the agents to look at the totality of circumstances as a way to prioritize resources,” Rueters reported.

Earlier interim guidelines by the Biden administration instructed ICE agents to focus on categories of immigrants deemed security threats and those who entered the United States after Nov. 1, 2020. A federal judge blocked those guidelines in August, siding with two Republican-led states – Texas and Louisiana – that had challenged them.

“There has been virtually no interior enforcement of the immigration law under Biden. Arrests and deportations of immigrants have plummeted. It is why our border is facing unprecedented numbers. People know if they get in illegally they won’t be deported,”Matthew Kilken, an Immigration lawyer. Former Elected Director of the @ailanational Board of Governors, said in response to the news of the ruling.