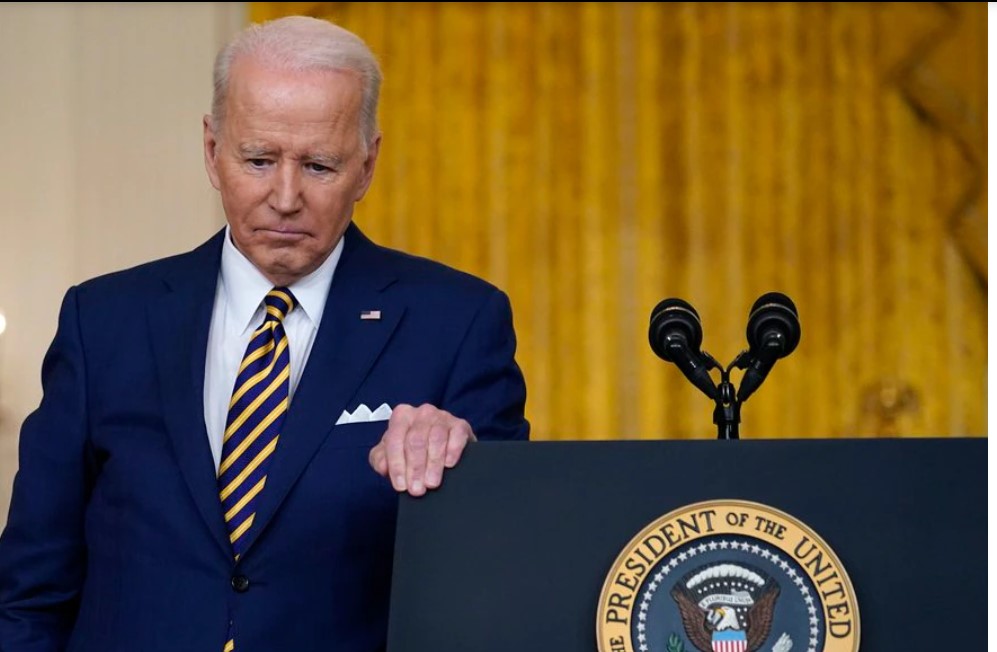 It can’t be news to anyone that Biden is a disaster and no one likes him- except for a small fringe of elite money and gun grabbers.

Even the lapdog media like Forbes is saying it looks bad for Democrats in 2022.

According to Real Clear Politics, the Democrats lost a massive amount of supporters in the year and half since Biden was viewed as the most popular POTUS in the history of the United States.

Now the headlines are: “Joe Biden has hit yet another record low for job approval on The Real Clear Politics poll average.”

I mean, I can’t help but notice that it seems sort of weird:

This week starts out with a bang: Biden hit a historic low disapproval number on Rassmussen’s daily sample at 60%. The RCP average of 8 pools now stands at 55%D-39.3%A illustrating a spread of -15.7 for the Biden presidency.

For those of us who dabble in logic-this latest from Real Clear Politics is almost funny, right?

Even left-leaning Forbes is getting off the crazy Joe train:

“President Joe Biden has seen the largest decline in his approval rating among young voters—who helped drive his win in 2020 when they turned out in record numbers—since he took office, according to a new Morning Consult poll, which found Biden’s approval rating fell 20% among voters ages 18-34 from January 2021 to June 2022.,” they reported Monday with news that the stock marketing is crashing.

What Forbes thinks is important to know about this hot mess in the White House, who heavily bet on young people over soccer Moms in the Suburbs:

Only 43% of young Democratic voters believe the president is following through on promises he made during his campaign trail, compared to 60% of average Democratic voters, the poll found. Biden’s approval rating fell to 41% among several age groups surveyed by Morning Consult from June 4-6 2022, including young voters—52% of whom disapproved of Biden’s performance—as well as voters ages 35-44 and 65 and older. The decline among young voters has been largely fueled by female Democrats, 61% of whom approve of Biden’s performance, compared to 78% of Democratic male voters, according to the poll. Democrats under the age of 35 were less likely to believe Biden is prioritizing a host of issues including voting rights, the economy and inflation compared to the average Democrat. Young female Democratic voters were also less likely than young male Democrats to believe Biden is focusing on those issues.

Roughly half of eligible voters ages 18-29 voted in the 2020 presidential election, up 11 points from the 2016 election, and one of the highest rates of young voter turnout since the voting age in the United States was lowered to 18 in 1971.KEY BACKGROUND

The new poll comes less than a month after Biden’s approval rating hit a record low of 39% among all voters, down from 43% in January. Polls suggest Republican disapproval of Biden’s performance has remained steady during his time in office, while support from Democrats has declined throughout his presidency.

Biden’s approval rating is the lowest among voters ages 45 to 64, 39% of whom approve of his performance, according to Morning Consult’s latest poll.

The declines come as the Biden administration faces a host of issues including rising inflation, mass shootings and Russia’s invasion of Ukraine. Young voters—who typically have some of the lowest voter turnout among all age groups—helped fuel Biden’s win in 2020 when they turned out to cast their ballots in record numbers: Gen Z and Millennial voters favored Biden over former President Donald Trump by margins of roughly 20 points in the 2020 presidential election, according to Pew Research Center.

Young voter turnout at midterm elections. Midterm participation for voters ages 18-29 rose to 36% in 2018, up from 20% in 2014, according to the Census Bureau. Younger adults continue to comprise a larger share of Democratic voters compared to Republican voters, suggesting a decline in young voter turnout could prove problematic for Democrats in November.