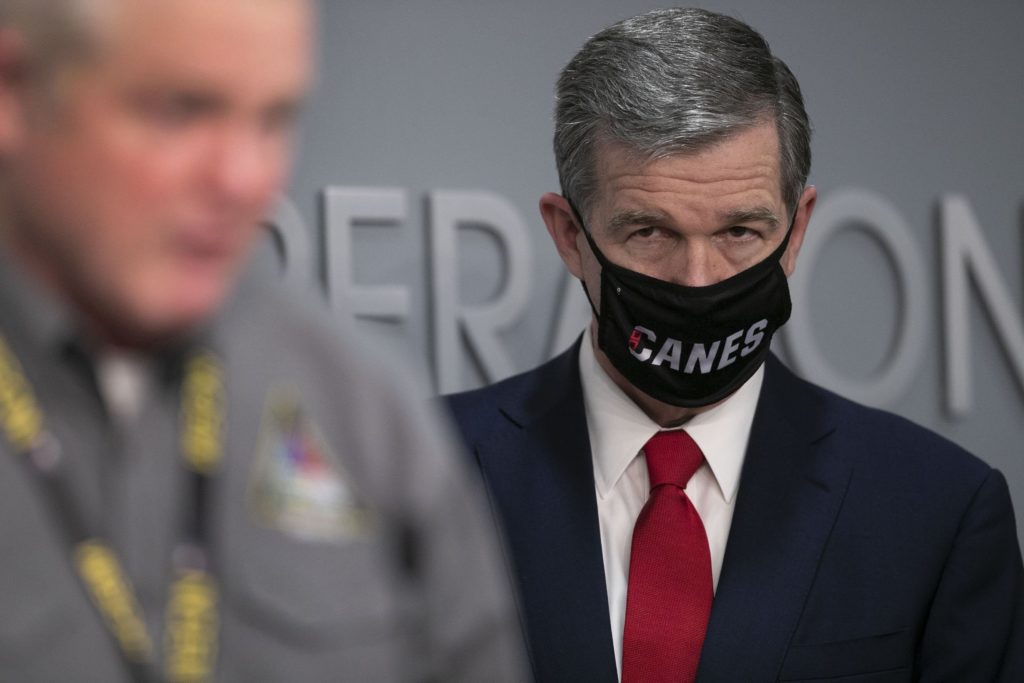 One of Democrat Governor Roy Cooper’s top North Carolina COVID appointees to handle the State’s emergency response for the COVID virus has been indicted on federal charges claiming that she collected over 46 Million dollars in fraudulent funds from unnecessary procedures and faulty billing to Medicare.

Key Point: Cooper placed a known Democrat activist, Anita Jackson, who has been involved with many schemes and frauds, to run part of the State’s COVID response, while North Carolina citizens are locked down and under restraint in their daily lives.  This should be investigated.

According to a press release from the Governor’s office:

WHAT DID COOPER KNOW?  AND WHEN DID HE KNOW IT?

Surely Cooper knew what everyone else knew about Jackson- right?  It was a well-known fact around Raleigh that Jackson was connected to and involved in. A Raleigh-based Conservative think tank reported on Jackson.

Flashback to a 2016 CIVITAS article about Jackson:

Jackson was the target of a 2005 lawsuit brought by BlueCross BlueShield of North Carolina that alleged she overcharged millions of dollars for services through medical claims, when she ran two practices in Robeson County. Jackson countersued, claiming the insurer withheld payments for claims she made, and that the organization harassed and intimidated her for 10 months. According to BCBSNC, she refused to allow an audit of her medical and billing records. The parties settled the suit out of court in January 2009, after about a month of testimony in a trial that was expected to last about three months.

Robertson is a well-connected Democrat activist and fundraiser. Her LinkedIn profile boasts stints as a director for liberal activist group Democracy North Carolina; precinct chair for the NC Democratic Party; member of the DNC Finance Committee; co-chair of the Obama “Victory Trustees” in the south; regional field director for Obama’s Organizing for America; and board member for Planned Parenthood South Atlantic. Records aren’t clear about her fundraising success – the Center for Responsive Politics shows only a $500 donation by her in 2012 to President Obama – but she was clearly recognized among the top movers and shakers in the documents released by Wikileaks.

So Cooper clearly knew who Jackson was and her past history, when allowing her to enrich herself from Federal funding for the emergency pandemic crisis that stopped regular life in North Carolina.

During times material to this Superseding Indictment ANITA LOUISE JACKSON (“Jackson”) was a licensed North Carolina physician who operated an Ear, Nose, and Throat (ENT) practice in Rockingham, Lumberton, and other locations within the Eastern District of North Carolina. The name of the practice was Greater Carolina Ear, Nose, & Throat, P.A. (GCENT). Jackson was a registered Medicare provider who utilized provider number 2243423B and National Provider Identifier (NPI) 1346286010. GCENT conducted business through Medicare provider number
2243423A and NPI 1821179037.”

Radical far-leftist, Cooper has held North Carolina in bondage over his draconian pandemic emergency powers for over 18 months, using CDC data to justify the burdens he has placed on the citizens there. And now the news is that he appointed people to lead the state in COVID relief- who were enriching themselves in a massive scheme.

ABC reported on the criminal action against Cooper’s top pick:

A doctor who helped lead the COVID-19 response for the Durham County Health Department has been indicted by a federal grand jury after an investigation of her private practice.

Dr. Anita Jackson lives in Raleigh’s Brier Creek. She operates several ear, nose and throat offices between Lumberton and Rockingham. It’s the location of those offices, in more rural parts of the state, which may have been the red flag for federal investigators. The question: How did Jackson become the nation’s top-paid provider of a special sinus-relief procedure when she doesn’t practice near any major metropolitan areas? Federal prosecutors say the answer is fraud.

According to her Linkedin, spelling errors belong to the author of Jackson’s page:

Going down a rabbit hole on Cooper’s appointees: