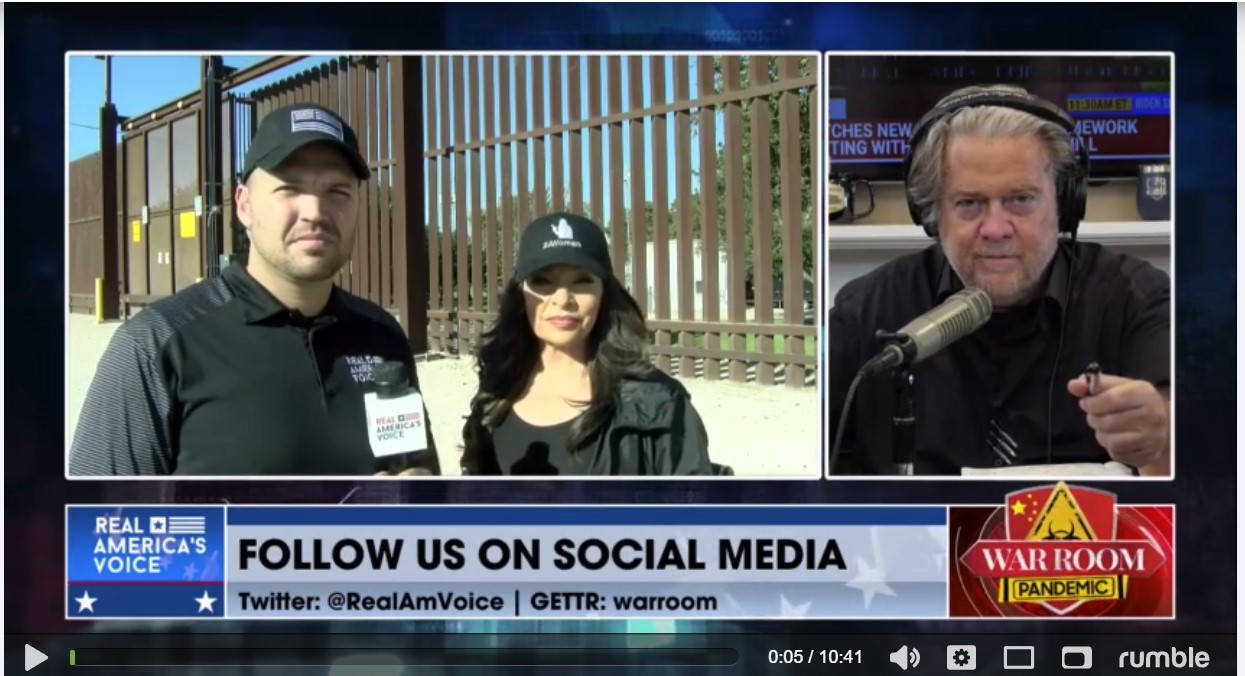 On Thursday, Ben Bergquam was on War Room Pandemic with Steve Bannon and Jan Morgan, US Senate candidate in Arkansas, and Eli Crane, a candidate for US Senate in Arizona.

Bergquam reported on what he sees as an invasion of the United States’ Southern border and explained why he thinks that lawmakers who push sanctuary cities should be arrested.

“The biggest NGO down there, my beloved Catholic church is handing out Billions of dollars on the border,” Bannon said.

“They need to be arrested,” Bergquam told Bannon.

“The states need to turn people away at their border and arrest them. We need people to stop passing sanctuary city laws. They also need to be arrested I think it is treason. If people are actively aiding an invasion, that is a crime,” Bergquam said.

“In Arkansas, we made it illegal to pass sanctuary cities,” Morgan said.

“The Federal government is not going to do anything about these problems. We need people to protect the borders,” Crane agreed.

“We need unconventional and special warfare, because if we are going to turn this ship around, brother it is going to take people who that know unconventional war and know how to get things done when they are out numbered,” Crane, a former Navy Seal, said.