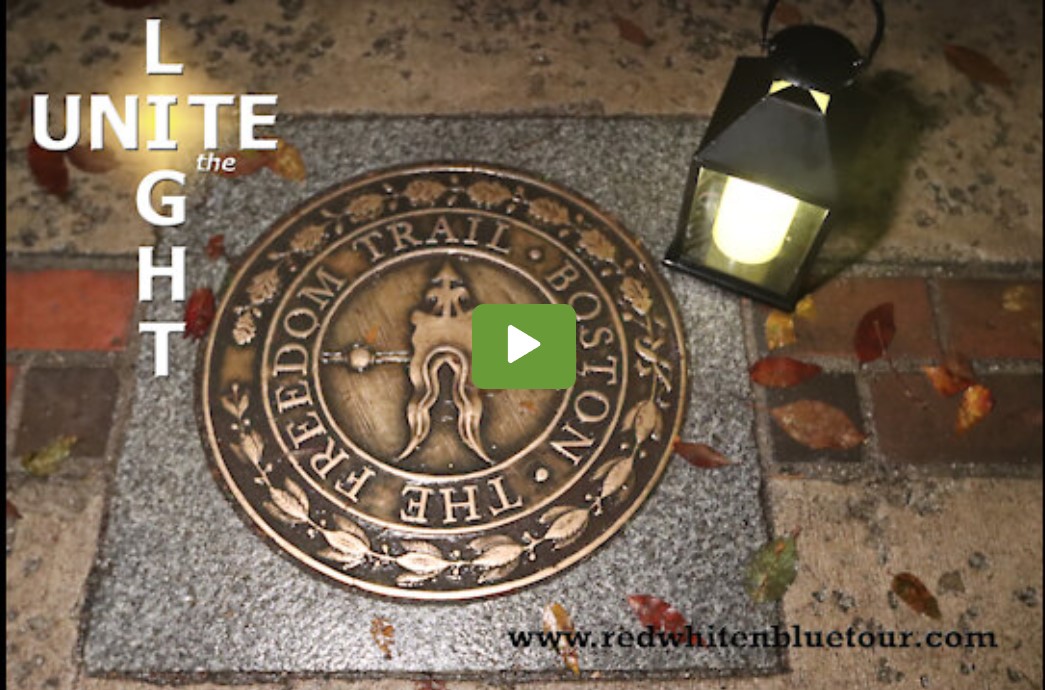 Americans who feel plugged into the darkness of despair should find a glimmer of encouragement in this story about a group of patriot Americans who have joined together in an absolutely brilliant two month-long journey.

“United the Light is for everyone who has had the courage to speak up and be attacked yet still standing,” event organizer Felisa Blazek told me.

‘Unite the Light’ launched this week as a nationwide “chain of custody” tribute to Paul Revere’s famous ride by the light of his lantern and the awakening moments of the First American Revolution.

Paul Revere’s famous midnight ride took place on April 18th, 1775, but the Revolutionary War conflicts actually began In 1774, in Portsmouth, New Hampshire.  Four months later, Paul Revere began his famous ride where he alerted colonists that “The British are coming!!” as two lanterns were visibly hung in the steeple of the Old North Church of Boston, signaling that the enemy was approaching by sea.

The ‘Unite the Light’ movement celebrates the contemporary awakening that is represented by the “Liberty Lantern” being carried from state to state by freedom-loving citizens across America today.  The Liberty Lantern will be carried and transported by volunteers across all 50 states, commencing October 24th in Portsmouth, New Hampshire and concluding December 24th at a point of celebration and remembrance that will be disclosed as the light returns Eastward.
Freedom-loving community leaders are welcome to contact ‘Unite the Light’ and learn how to participate in carrying the Liberty Lantern in your state and support the spreading light of liberty.

This is so brilliant!

The first stop was in Boston where a small and solemn ceremony was held in tribute to Revere and his patriotism.

Those who carry the Liberty Lantern in a sort of  controlled “chain-of-custody” will be asked to post a two-minute video sharing what the experience means to them and what they are doing to help preserve the Republic.  There will be a variety of surprises along the switchback-like route the Lantern is set to travel and some highly recognized names joining in,” Hamachek reported.

The Liberty Lantern will make its journey across the country using planes, trains, and automobiles.  The project is being supported by people from all walks of life and as diverse as Native Americans, an airline pilot group, an African American community activist, and northeast logger.  “We have an actual lumberjack-type taking it across one state in his logging truck,” Blazek shared with clear amazement.