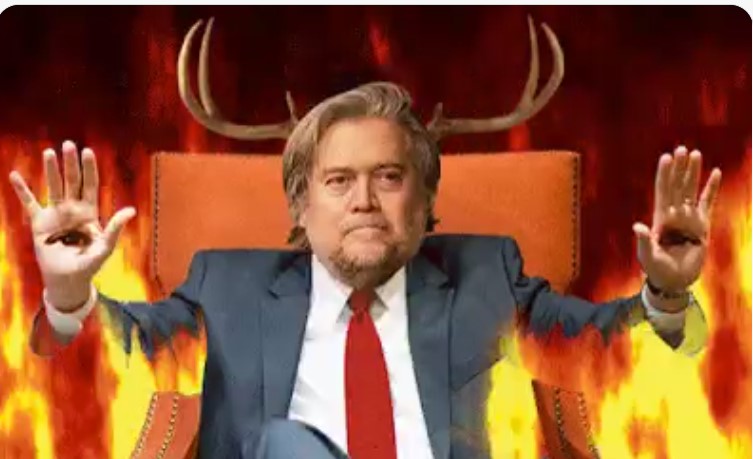 Immediately after the announcement of Merrik Garland’s brazen power grab, supporters of Steve Bannon reacted to the news that Bannon had been indicted and was expected to turn himself in to a Federal Judge on Monday.

Bannon appeared on his War Room Podcast on Friday, a full hour after the news hit social media, and he carried on for the full hour saying: “There is no crying in the War Room. Everyday is the fight club”, but making no direct comment about the indictment.

From US House Rep, Matt Gaetz:

Scott Presler who was a recent guest posted:

Dan Schultz who helped build the Precinct Committeeman Project with Bannon on the WarRoom posted, and retweeted Co. Rob Maness:

General Flynn made the point on Tucker Carlson’s show that the Democrats are highly corrupt.

Bannon has lots of support:

Juanita Broaddrick posted a great clip in support of Bannon:

Expect the support to continue.