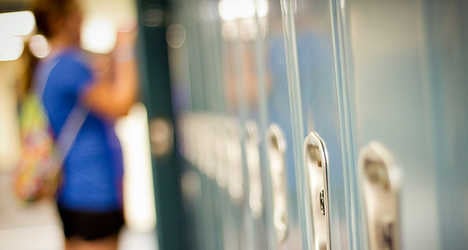 A Mom in Wake County North Carolina was banned from using the “Next door” phone app for posing explicit and “inappropriate content” that she found in a post online detailing questions from a High School survey meant for students to answer.

“I know that it is inappropriate- that is why I posted it!” Mom who exposed this story told me.

“I asked a question of my neighbors, on next door about a survey that a parent’s Facebook group was claiming was being given to High School students in Wake County.  I was banned from the app for posting it because of the content, was graphic, but not before the Wake County Public School System responded to my question and confirmed that the questions were from their survey and then offered an explanation.  WCPSS posted that parents had to opt-in for their children to take it,” the anonymous Mom said.

The post contains questions about the student’s feelings about how hard their school work was during the COVID shutdown, how the high school student identifies themselves sexually, about their sexual practices with other people when they lost their virginity, the number of people they have had sexual intercourse with, and if they have handled a gun- what skill level they are on.

The official answer from the County Communication Director- before the Mom was banned:

Post affirms the survey is legitimate, as a “sample of the survey” from the CDC and the State department of public instruction. The school’s post says that the survey MAY be sent to a “few students later in this fall” and that parents must “opt in” if their child is randomly selected.

Noteworthy: Some activist moms in the area are afraid to speak publically because activist moms on the left have made their children and their families the focus of a cyberstalking and harassment campaign.  Leftist activists don’t appreciate the transparency of pornographic materials in the media centers in Wake Co and the inappropriate questions in school surveys.

“I found the survey questions shocking, about when a child has had sex, how much alcohol they drink and other things that legally children can not participate in.  Remember these surveys are attached to their student numbers, so their identity is known.  Even if the schools say they are randomly chosen, they are still able to identify who gave the answers, because the surveys are digital and connected to their student ID. I am alarmed and sad, and disgusted.  If the content is too graphic for adults to read online, why are they not too graphic to read online for children? What has happened to our country! Parents can not even protect our children anymore – if we let them attend public school.  This is such madness. Where is our government?” the Mom told me.

“I saw two people who posted that their kids already got the survey.  One Mom posted that when she called the school about it, she was told to tell their kid just to not take the survey,” anon Mom said to me.

“And look at the answer from WCPSS. Are they saying that no response from parents equals consent? That is what I have learned. So if they ask and say the kid didn’t give you the form, or if it goes into your SPAM folder, and you don’t see it, that means you consent. This survey literally made me sick to my stomach. And I was trolled online, when I asked about it,”  the Mom said, who has seen other Moms as the target of online harassment.

“I had people on the post, before it was removed, suggest to me that I am only concerned about these issues because I was a Bible thumper.  One poster wrote to me that my son was probably screwing everything with pants on, but that he was too afraid to ask me what the bump in his pants was because I beat him over the head with a Bible.  I thought that disgusting comment was what got the post taken down, but Next Door sent me a message and told me they removed it all because of the inappropriate content of my post- which was the survey questions,” she said.