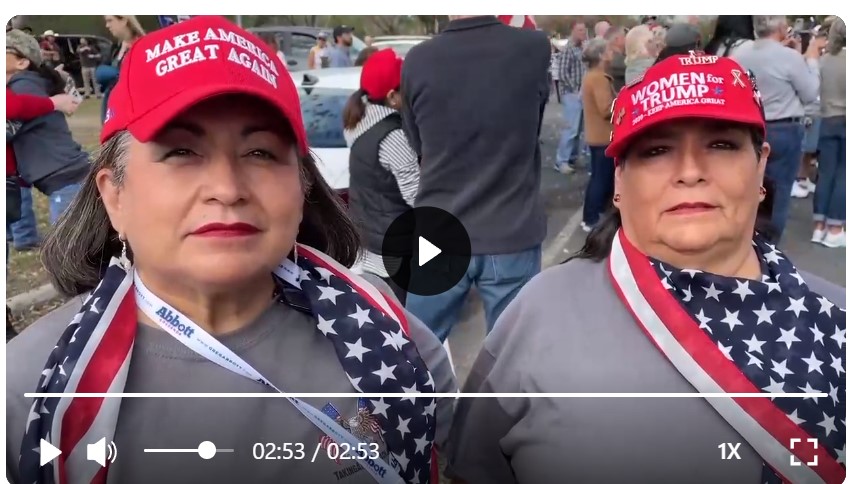 Ben Bergquam, a lead investigative reporter for Real Americas Voice and a frequent guest on the War Room with Steve Bannon, released exclusive footage from his assignment on the US Southern Border that exposes the abuses of the US Federal government in their public policies- that help the very drug cartels and illegal behavior that is endangering the sovereignty of the United States and the lives of Americans.

And from Bergquam’s interviews, comes the data that Democrats have destroyed their own party because even Hispanics are upset with the amount of danger being poured into the country from illegal immigrants who are often hostile.

Exposing the humanitarian and environmental disaster from Joe Biden‘s open #BorderInvasion. The cartels are using environmentally protected areas as cover in their human trafficking operations and radical environmental groups are allowing it to happen!@RealAmVoice pic.twitter.com/6lTOADHmdF

In this video is a former customs agent, who speaks to Bergquam about the massive amounts of drugs that came over the border in the past and the former agent and veteran calls Joe Biden a clown.  “This is all planned, the only stupid thing about this is Joe Biden and he is destorying the country and it pisses me off what this bunch of clowns are doing in DC.  They hate Trump because he was going to expose the corruption,” Bob Steele told Bergquam

Interview with Bob Steele, former drug interdiction Customs Agent on what he saw 30 years ago versus what Joe Biden is doing today, and a special message to Steve Bannon and the War Room.@RealAmVoice @maureen_bannon pic.twitter.com/FJNB7DLbR3

Andy Hawkins sends love, i the next video,  and support to War Room host Steve Bannon.  He is a 73 year resident of the area talked to Bergquam that he had not seen conditions at the border as bad as they are now, and placed the blame at the feet of Joe Biden.

Met another part of the War Room Posse in McAllen on Saturday! Shoutout to Andy Hawkins. You never know who you are going to reach – Keep planting 😉🇺🇸@RealAmVoice pic.twitter.com/EnhTaALMIQ

Bergquam talked to two Hispanic sisters who are very angry with Joe Biden for his laz policies on the border, one sister talked about her grandchildren having to move from the area because of the crimes.  “I represent our future.  This is my voice- and what is happening is not what the media says is happening.” The sisters agreed that they are no longer Democrat voters- because of these border conditions.

Hispanic voters in this area are no longer Democrats.  That is becauae of the Trump train.  We started with a few and we now have 1000 cars- with our activism we are flipping these counties.

Please share these stories to get ben’s amazing coverage out to the American people- we must defeat Biden’s reckless agenda for America.