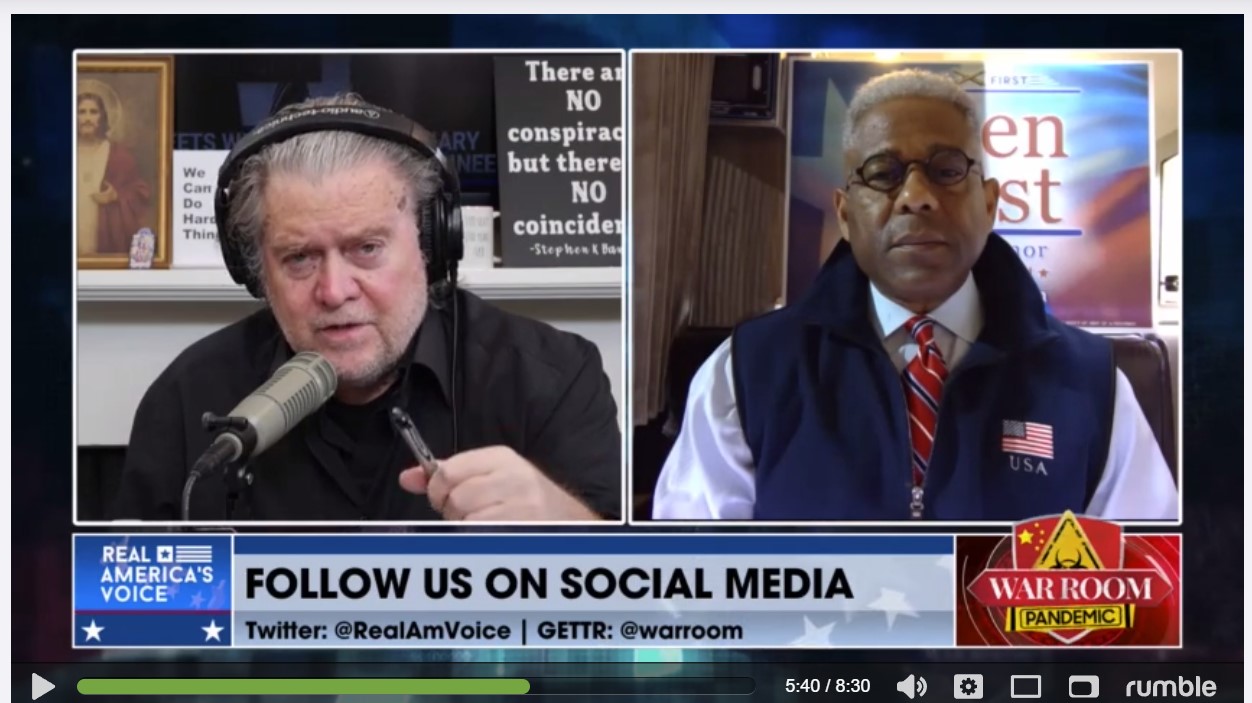 Retired Colonel Allen West, a former US Rep, spoke to Steve Bannon about this plans to displace sitting Republican Texas Governor Greg Abbott, with specific details about what West calls an invasion.

West talked about using all of the levels of law enforcement to protect the people on the border, including the border patrol and their families, citing unfair work conditions, lack of funding and support, unpaid work, and dangerous threats against them for doing their jobs.

“What we see is an insurgency, and they are shooting across the border. It is a harassing fire, and we need to call them a terrorist organization. We need to revoke the group’s nonprofit status because they are working with the Cartels and then cut off federal funds. We need to freeze their assets and stop the revenue they send to other countries.

West slammed Abbott’s measures to control the crisis- and said what Abbott was doing was optics and not helpful.