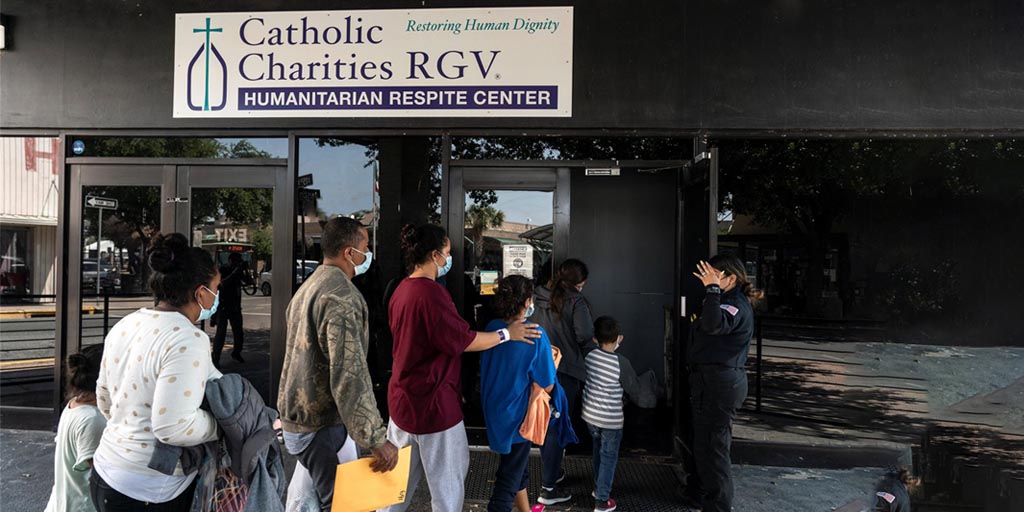 Catholic Charities is creating economic incentives for people to illegally come across the border of the United States by enabling their criminal activity. At the same time, they knowingly bypass US laws and customs.

“As a ROMAN Catholic – I am livid about this @catholiccharities is NOT Catholic. They support planned parenthood. Defund Catholic Charities NOW,” one Catholic poster wrote in reaction to the following story.

Many Catholics report dissatisfaction with Catholic Charities and their practices.

“So Catholic Charities is breaking U.S. laws and playing politics. They should lose their tax exemptions and be prosecuted,” another Catholic poster wrote.

“I stopped donating to Catholic Charities over 10 years ago. They are NOT good but I always thought they were funded buy donations when they came into the churches begging for money. I didn’t know they got taxpayer funds too. Horrible. Need a complete audit. $30 Trillion in debt,” another poster wrote.

The group is creating a devesting pattern of abuse and hardships for the entire country, especially for impoverished border towns- and their lead spokesperson, a nun, believes she is doing so out of moral duty, making the whole mess very frustrating.

And the US Taxpayer is paying for the whole thing.

“The head of the largest NGO along the border, Catholic Charities of RGV explains they are getting reimbursed with taxpayer dollars & they do buy some plane tickets for migrants. She says they help migrants continue their journey otherwise they are left on the streets,” Ali Bradley, an independent journalist, posted recently on Twitter, about her Summer 2021 interview.

Bradley posted on YouTube the following about that interview -to describe what they discussed in the 48 min video:

Back in August, I talked with Sister Norma Pimentel of Catholic Charities of the Rio Grande Valley. I wanted to check in to see how things are going and if they have seen an increase or decrease in the need for assistance. Sister Pimentel believes the administration has some policies in place to help with the influx of illegal immigration, however, she says the messaging needs to be clearer and more consistent from our leaders, otherwise, people are just going to keep coming with the hopes of getting in. Sister Pimentel explains that most migrants have families/sponsors that pay for their tickets to travel, but there are some the charity helps with. She says they were given money through a federal humanitarian grant. She says they were seeking around $1M and isn’t sure how much of that they have received.

From her exclusive reporting, Bradley exposed what other reporters have been ignoring, that American nonprofits, like Catholic Charities, that are called “Non Government Organizations” or NGO are fuelling taxpayer money to fund illegal immigrants.

Bradley points out that some illegals are coming here to work.

Pimentel makes excuses for her “humanitarian work” and claims that her actions funneling massive migrations of illegal citizens, from many different countries, into the country, destroying our Soverginity and deceitfully causing us to fund an invasion in our country.  She attempts to make herself the hero of a tragic story of abuse and enabling crimes.

It is maddening- really- watch:

Other points Bradley posted:
*Mexico is and should be a viable option for migrants to work/live
*Families/sponsors aren’t vetted
*Migrants should be allowed visas to work during their process
*Policies and messaging need to be more consistent from the administration: