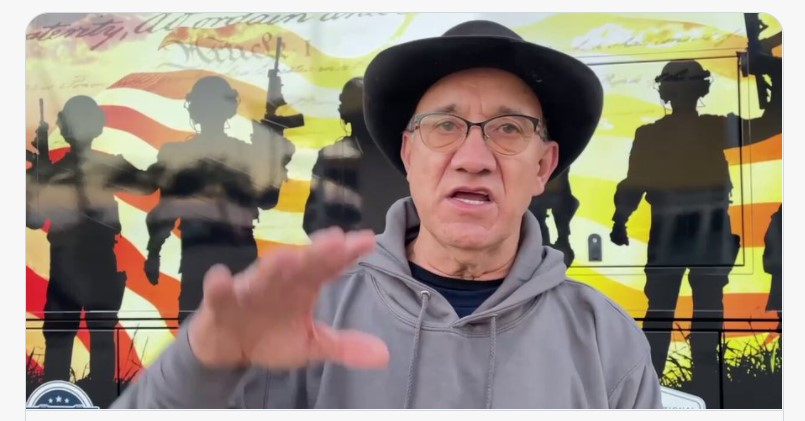 You have to check out this great interview with a man who came from Mexico- LEGALLY- to the United States in 1985 as a Civil Engineer. He talked to Ben Bergquam, an investigative reporter for Real Americas Voice, who was on the Southern Border on assignment recently.

A Hispanic Conservative American talks about how he and his associates built a ‘Trump Train’ for the 2020 election to support President Trump- because the Hispanic community wanted border security.

“Hispanics are Conservative. Don’t forget that and we love this country. Think about the Spaniards who worked all of their lives in Germany so hard, and they never were allowed to become citizens. America is so generous!” a Hispanic American who lives in a border town told Berquam, explaining how he felt great pride and satisfaction at being an American citizen saying he has never been discriminated against while in the United States.

“That is a lie from the pit of Hell,” he said when asked if people in America are oppressed. “I love the United States. And Joe Biden is open borders and Trump had the safest border ever in history of United States. Illegals are taking our jobs from us,” he said.

“Remember our Trump Train movement we are building a Conservative movement. We split almost 50-50 for Conservatives. Hispanics are Conservative,” he told Bergquam.