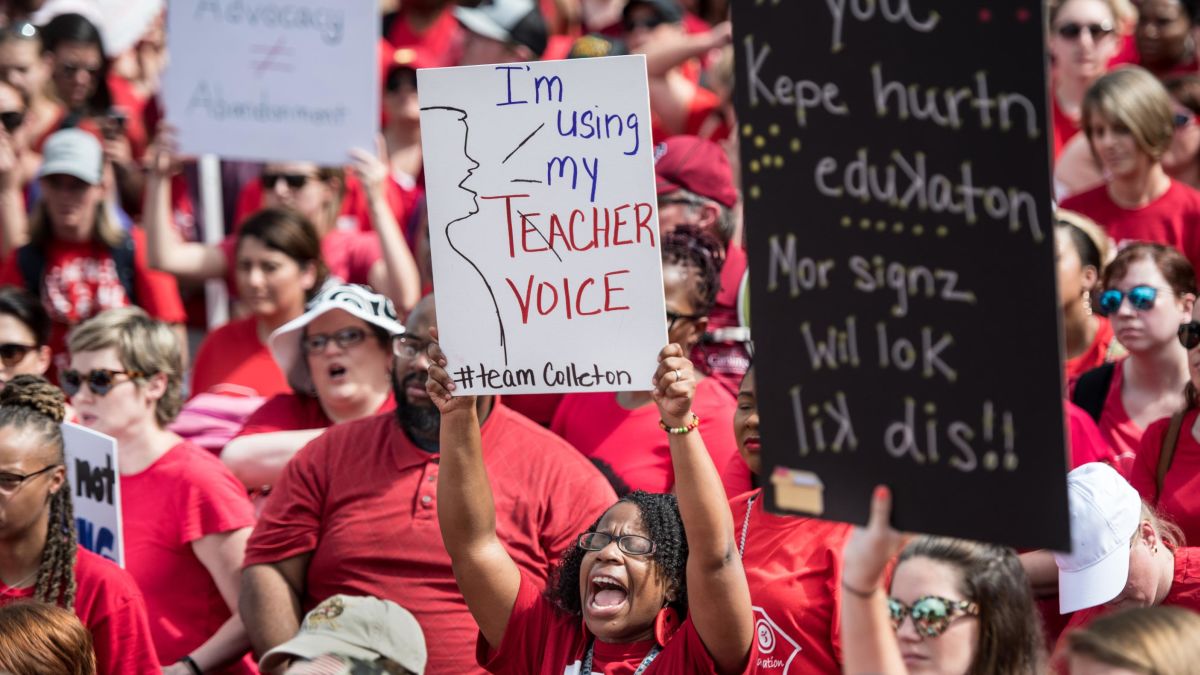 ‘Who Paid for the Multibillion-Dollar Leandro Budget Proposal Was Secret. Until Now’,  reads a report from the North Carolina General Assembly member, Republican state Senator Deanna Ballard, and local media and other Senators join her in North Carolina to expose the left’s tactics to steal away American liberty from North Carolina parents.

“A group of political allies is working with an unelected county judge to “order” the Cooper Administration to implement a spending plan supported by Gov. Cooper and opposed by the legislature,” Ballard wrote in a recent press release.

Reports of who paid for a controversial proposal emerge when pods of leftist activists from leftist teachers’ unions are showing up at school board meetings, being aggressive with other parents and school staff, and pushing targeted School Boards to support something known as the Leandro Budget. The left does this while other parents try to get their message about masking, pornography, and surveys.

Rarely do school boards interact with parents or support parents who are not aligned with the left.  Now we may have a better understanding of why.  Big Money and Big Politics. Think of the allied left like the “education” mafia.

WHAT IS UP WITH THE LEANDRO BUDGET? WELL,  IT IS BASED ON THE LEANDRO REPORT- FOLLOW THE MONEY

Local media in North Carolina are reporting on the matter:

Of the over $2M paid for the Leandro report, the Cooper admin. put in the most – $800k.
AJ Fletcher is tied to CBC, the owner of WRAL.
This feels like a "sue and settle."

Bill Gates got into the act too with $249,932 for the Friday Institute who collaborated with WestEd.#nced https://t.co/6cIiDuDXw7 pic.twitter.com/XnmW7Kkbny

According to EdNC.com, a left-leaning organization, the Leandro Budget Proposal, that is dividing North Carolina, is based on an old lawsuit- that is described as:

General description of the case

In 1994, five poor school systems sued the State, seeking both a declaration that the State had failed to meet its constitutional duties to provide equal educational opportunities for all students and a court-imposed remedy to correct the violation. These school boards for systems in Cumberland, Halifax, Hoke, Robeson, and Vance Counties were joined by individual plaintiffs, including Kathleen M. Leandro and her son, Robert A. Leandro, a student in the Hoke County Schools — the first named plaintiffs in the lawsuit.

Another group intervened in the lawsuit to assert the failure of the state under the current school funding system to provide adequate educational opportunities to students in relatively large and wealthier systems in the state — boards of educations and students and their parents or guardians from school systems of the City of Asheville and of Buncombe, Wake, Winston-Salem/Forsyth, Charlotte-Mecklenburg, and Durham Counties.

A leading Conservative state Senator, Phil Berger, posted about the Leandro proposal as well, exposing the process of how judicial activists are going around the will of the people, who elect representatives to handle these matters, to provide school districts with a windfall of money- which is earmarked for a leftist agenda.

This type of double-dealing makes a mockery of our judicial system.

The Leandro case has turned into a bunch of political allies working in concert with an unelected county judge to impose a spending plan outside of the legislative process. #ncpol

Berger is not alone, in pointing out usurpations by the left and their well-coordinated movement to take control of the Billions of dollars and all of the resources in public education in North Carolina.

THE QUESTION IS- ARE THE LEFT EXPLOITING THIS COURT CASE TO SHAPE THEIR UTOPIAN SCHOOLS, WHICH ACTUALLY NOW DISCRIMINATE AGAINST STUDENTS AND PARENTS?

According to Ballard’s office:

Sen. Ballard: “This circus has turned into a bunch of political allies trying to pass a budget plan outside the legislative process.”

Several years ago, a California-based consultancy was paid $2 million to put together a list of policy and budget recommendations for North Carolina’s K-12 education system. The list of recommendations produced by the out-of-state consultants overlapped with a number of Cooper Administration priorities and is projected to cost $6+ billion.

In the coming weeks, an unelected county-level trial judge will illegally order the Cooper Administration to implement the entire multibillion dollar plan over the objections of the legislature. The judge is presiding over an education funding lawsuit that began in the 1990s, commonly referred to as “Leandro.”

The judge will order the spending despite the North Carolina Supreme Court ruling as recently as 2020 that “the power of the purse is the exclusive prerogative of the General Assembly.”

Who paid the out-of-state consultants to develop the multibillion dollar proposal has been a secret until now.
WRAL reported last night that much of the funding came from the Cooper Administration itself.

The bottom line: The “defendants” and “plaintiffs” in this case are political allies. They paid a group of consultants to recommend a spending plan favored by and funded by the Cooper Administration, and they found an unelected judge to order the spending over the objections of the legislature.

Sen. Deanna Ballard (R-Watauga), who co-chairs the Senate Education Committee, told WRAL, “Consider how absurd this is: The Cooper administration is a ‘defendant’ in this case, yet used state dollars to fund the very plan that their political allies are suing to implement.”
>She continued, “This circus has devolved into a group of politically allied lawyers on both sides of the case convincing an unelected county judge to somehow order into place the governor’s preferred budget plan. It’s a sad mockery of the judicial system.”

Does this help explain why parents, who are trying to advocate for their children, are so disrespected in North Carolina?