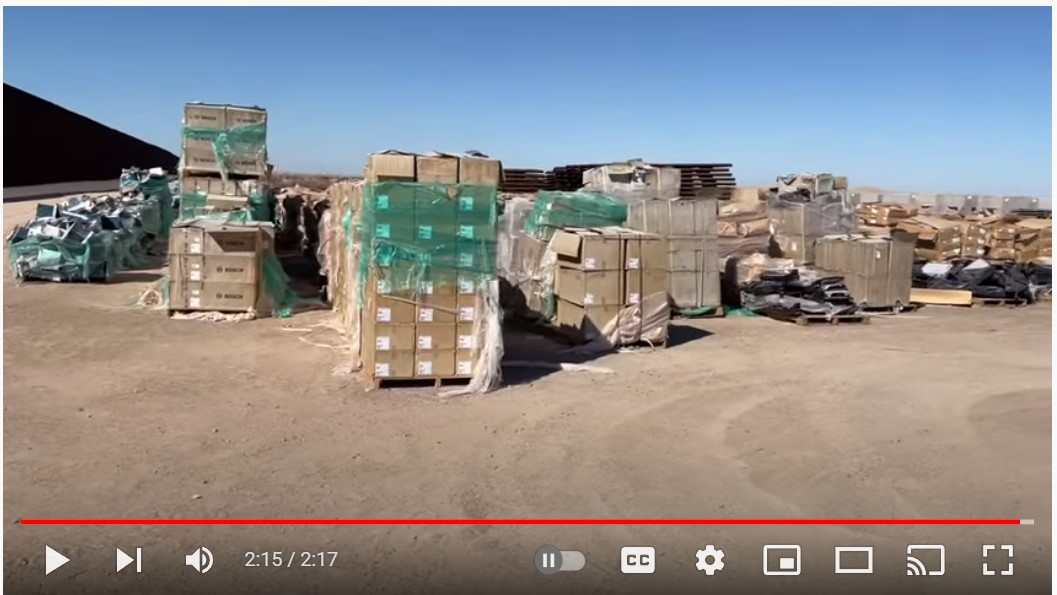 Because of a media ‘black out’ by the Democrat Joe Biden administration, the obedient mainstream media refuses to cover what Ben Bergquam, a reporter for Real Americas Voice and the founder of Frontline America, courageously shows Americans in his exclusive reporting.

Reports that Biden has stopped work on the border wall, which was approved by Congress many times, have been conflicting in the news.

So-here is proof that in at least one crucial area, work has stopped.  Further the gate to the wall that was completed,  is open allowing easy access for drug dealers.

Berqguam explores the area and finds that- in fact- millions of dollars in materials and equipment meant to build the wall are right there on the secene and are being wasted.  It looks like a garbage heap!

That was paid for by our tax money.  Americans have been used and abused again, as Biden unilaterially decided to make the border wide open and waste our money.

Bergquam wrote about his discovery:

“Rather than finishing the wall & securing America they have given the border over to the cartels! While you & your family struggle, our country is being invaded, & your tax dollars are burning in the desert! This is Joe Biden’s America! Are you pissed off yet?!”

Check out his video: