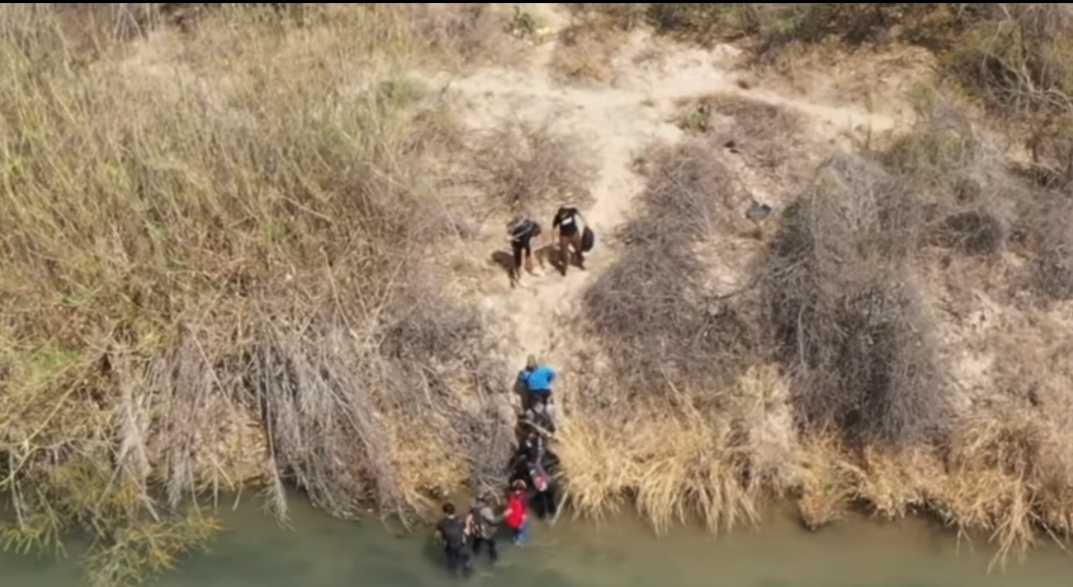 “We have the ability to throw the bums out who have done this, those who have allowed this are a disgrace, and my focus is to take down this illegitimate regime for what they have done on the Southern Border,” Host of War Room, Steve Bannon is heard saying over a video showing part of a mass migration of people into the United States, which is not being hindered by the Democrat administration of Joe Biden.

“The Open Borders left, the invasion continues- as rafts and boats and people make their way to the Unoted States- all demanding that you empty your pockets to put in their’s all because of the open border’s lef,” Bergquam said over the same video.

Ben Bergquam is a top investigative reporter for Real America’s Voice, host of Law and Border, and the founder of Frontline America. He is also a frequent guest on the War Room podcast with host, Steve Bannon.

Recently Bergquam appeared on the War Room to discuss some footage to Eagle Pass Texas, where he is showing the border crossing of a horde of invaders- as they cross over into America. Bannon is heard first, then Bergquam.

Share this video- so people understand the depth of the betrayal of the American people.

It is a full onslaught on our southern border! Eagle Pass Texas multiple groups crossing now… Border Patrol is overwhelmed… this is an invasion! all because of Biden‘s border invasion policies! @RealAmVoice

Just realized Steve Bannon is narrating part of this video. Somehow the audio continued from the show this morning after my interview and embedded on the video as Auden was recording it – pretty awesome accident!