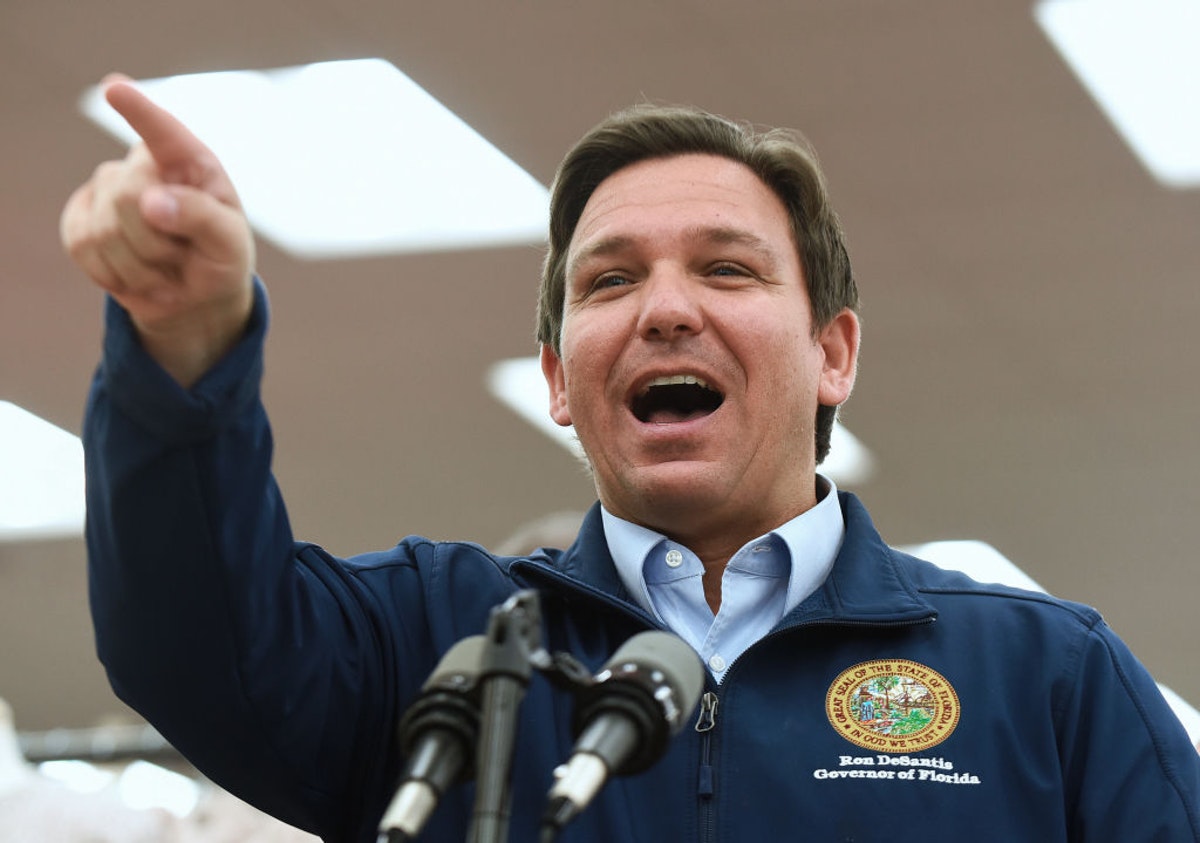 Republican Governor Ron DeSantis fit an entire book of common sense into a few moments at a Press Conference on Thursday, and he delivered a stinging rebuke to DC and the “Journalist class” of who propagandize important stories to the American people, including what happened on Jan, 6th, 2020 at the US Capitol.

“This is their Christmas,” DeSantis told the media about the way Democrats were handling the events of Jan. 6th, explaining that the Democrats were exploiting everything about the day, for their own political purposes.

“Their J6 memorial service is going to end up being a “politicized Charlie Foxtrot” is how he described what was unfolding- as he spoke.

Telling the media that he will not watch a moment of their coverage of the events – or the politicians who performed political theater about the 6th- DeSantis told the press that he found it all to be sickening.

DeSantis said that the anniversary of January 6th was not something the people of his state are concerned about, and he appears to be right, tracking the response to the Democrats very awkward and weird candlelight vigils around the country- basically, no one in the country cared about their performance art either.  Discussions on social media and ratings for the Democrat’s theatrics were at a minimum, even for the highly ignored politicos.

“At Press Conference Today Asking Questions About The FBI Pulling People Off Their January 6th Most Wanted List “Christopher Wray was asked under oath what FBI was involved in that and he would not answer the question.” one report read.

Jay O’Brien reported on Twitter at DeSantis bringing some common sense into the discussion of Jan. 6th.

DeSantis provided comfort to the American people, who at the exact same time were being smeared by Democrats- Joe Biden and Kamla Harris, who were attempting to exploit the anniversary, by claiming their bigger victimhood- and casting all supporters of their opponent, President Donald J. Trump, as villains.

DeSantis called them all out on it- and said he was not going to watch it all.  Then he rightfully put the entire movement in their place saying DC and the media were behaving as villains.

DeSantis then spent the day doing what Biden and Harris had promised to do for the American people, and had failed at doing- taking care of at-home tests for COVID.

DeSantis held press conferences every day to update his people about the state’s response to the COVID virus-reporting to them on the 4th that he wanted to stop the fearmongering.

That alone must make him unpopular with the Democrats- RINOS and media who have made a cottage industry built of scaring people.

“Sad to see some parts of our county allow hysteria and fear to drive damaging policies like school closures. That won’t happen in Florida,” DeSantis told reporters this week.