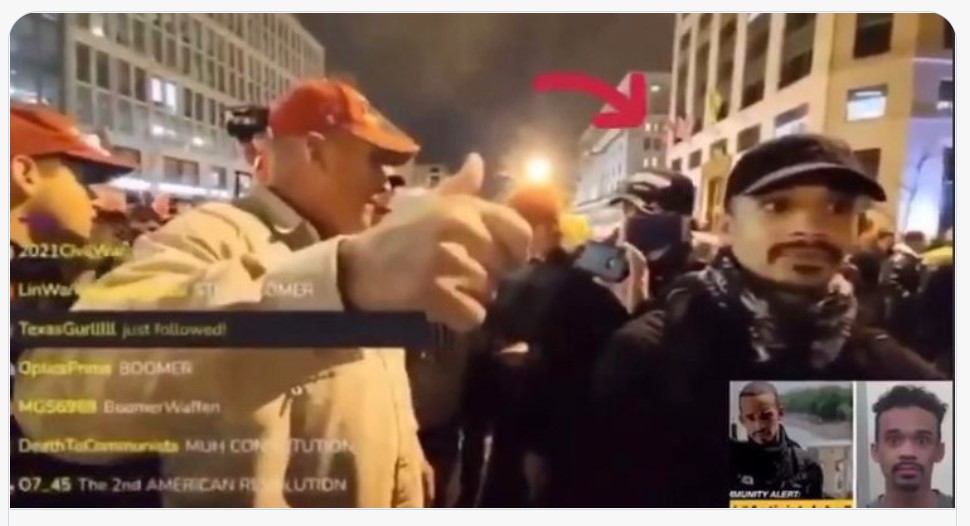 Citizen journalists, reporters, and video makers caught a lot of what happened at the US Capitol, and much of it points to the people who started the violence on Jan.6, 2020.  And the evidence from the footage is that the Democrat’s narrative is a lie, and that the media is propagandizing information to help the Democrats.

Evidence that Democrat Nancy Pelosi was lying about her concern for the grounds of the US Capitol started to make its way into the public stream of social media immediately on Jan. 6th.

Footage shows that suspects, that appear to be of no interest to the DC Committee on the events of January 6th, show known radical leftists, including one by the name of John Sullivan, seen in the footage below.

Key Point: Ask yourself how the Democrats have arrived at the conclusion that Trump supporters were being violent- when it is only Trump supporters who died that day, and it was known radicals who admitted to having deadly weapons inside the Capitol when the violence started.

Check this footage out:

And the next video:

You may recall that John Sullivan was one of the people who went into the Capitol and encouraged others to do so. He also filmed the killing of Ashli Babbitt by Capitol Police officer Michael Byrd. He sold that footage for at least $90,000. Babbitt was the only person who was killed that day as a direct result of actions taken during the riot.

But Sullivan also had been an organizer of BLM protests and run a website called Insurgence USA that sold Antifa black bloc gear. He’d been previously arrested for his involvement in a violent BLM protest in Utah where a driver was shot after his car was surrounded. Someone else was accused of that shooting but according to a police affidavit, Sullivan allegedly organized the action, encouraged people to block the roadways, threatened to beat a woman, and kicked her car.

THIS IS HOW THE LEFT COVERS IT:

From The Greyzone:
“The most dramatic footage to emerge from the far-right storming of the US Capitol on January 6 depicted the lethal shooting of Ashli Babbit, a pro-Trump activist and military veteran, by a Capitol Police officer. The man responsible for capturing that video was John Sullivan, a self-styled activist who has operated under aliases “Activist X,” “Activist John,” and “Jayden X.” Since an interview with CNN’s Anderson Cooper, who described him as a “left-wing activist,” Sullivan has become Exhibit A in the right-wing’s conspiratorial case claiming Antifa was responsible for the violence in the Capitol.”

WHERE IS THE MEDIA TO COVER THESE FACTS?

I covered the US Capitol on Jan.6th, 2020.  I know that Pelosi had advance warning of violence on the grounds that day.

On Jan. 5th, the day before, a gathering at the US Supreme Court building, was broken up for over an hour to sweep the area after bomb threats somewhere in DC. Yet there was no concern for the 6th? There were no such long, drawn-out procedures?

I captured photos of the grounds littered with projectiles and heavy machinery, which was fully operational- since people were moving the machines up and down.

I reported right away what happened.

It was confirmed by a second person that the machines were fully operational, unguarded and no one cared about them being used on the grounds, on Jan. 6th 2020.