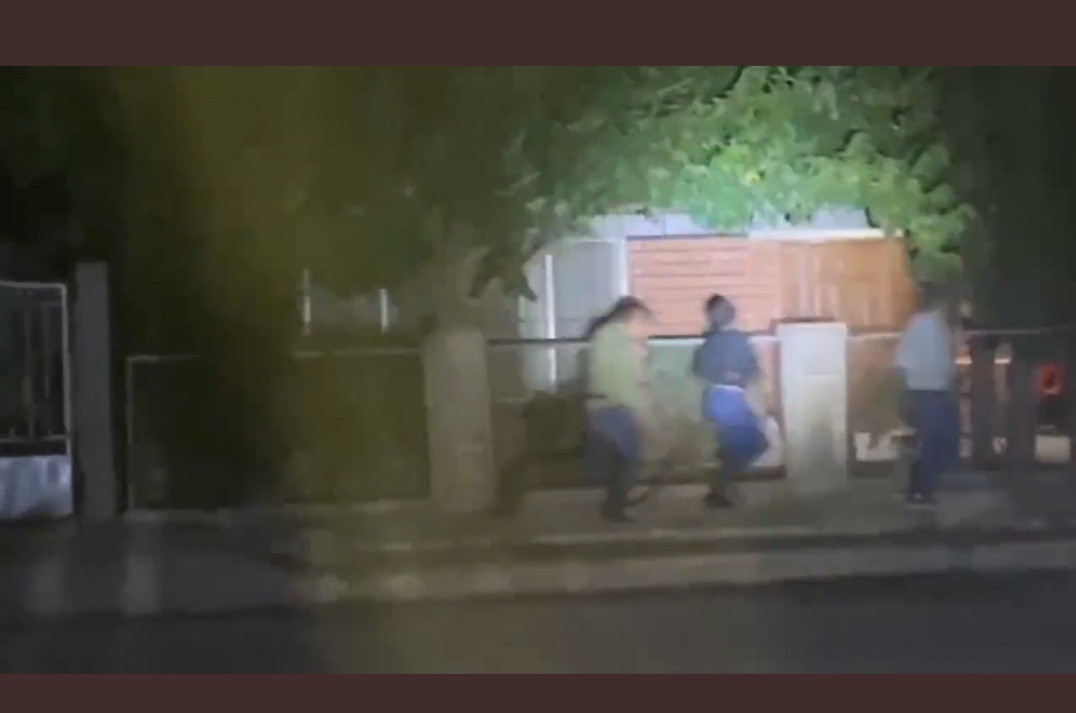 Ben Bergquam the host of Real Americas Voice Law and Border is courageously exposing the massive labyrinth of deceit and betrayal on the Southern border that is caused by many people from the elite Capitol circles in Washington DC to ‘little old ladies” in religious nonprofit groups from around the world.

The destruction of America’s sovereignty is being pushed by the President of the United States of America, Democrat Joe Biden, all the way down to grassroots activists, who are assisting foreign nations from all over the world in looting the American taxpayer and trampling over our concerns for national security- all at the same time.

And the federal government may be hiding numbers of people, called ‘Got Aways’ with a confusing recording system so the American people never really understand what is fully unfolding in a remote place in the nation- on the Southern Border, in the dark of night.

You will see in the following and most recent footage from Real America’s Voice correspondent- the injustice that is happening to Americans because of the number of people who are betraying the USA, and flooding into the countryside.

As usual Ben Bergquam has the video to bravely show Americans what the mainstream media does not want people to see.

“Unbelievable! From Douglas Arizona of the border invasion! Please share and help show what’s really happening; the truth the mainstream media and the open borders left don’t want you to see!” Bergquam posted about his latest footage of the area.

“These areas are overlooked and they are being overrun with the massive increase in border crossings that are pulling resources from places like Eagle Pass and Yuma,” Ben Bergquam told me, with audible concern in his voice.

“There are places, where I have been and talked to law enforcement, where border crossing has increased by 1000% and they only have one or two agents in the area- because these are small towns and that that is very dangerous,” he said.

“Catholic Charities and other nonprofits are helping Mexican nationals and others know how to falsely apply for asylum and that is so frustrating. There is no oversight there,” he said.

Bergquam, in a report late last week, interviewed a worker uncover, from the department of unaccompanied minors, who validated that people are making a lot of money by exploiting the massive influx of funds into departments that are handling the refugee increase, including g fake asylum.

“Because of Biden and what we know about how much money is being given away from places like Catholic Charities and other non-profits, we know we have enticed many fake asylum seekers to come here for profit. Non-Government Organizations (NGOs) are paid to help these people know how to falsely seek asylum. It is making it chaos on the border so that hardened criminals have an advantage,” he said.

Of special concern for Bergquam is the reaction- or lack of reaction of Republican Governor Doug Duecy.

“We need to know where Ducey is and why he is not doing more to deal with the got aways. Law enforcement needs more backup because of all of this moving around of resources is leaving some sections completely open and not secure.

Known got aways, according to the Department of Homeland Security: the estimated number of intending border crossers whom USBP directly or indirectly observes making a successful illegal entry

In the video Bergquam is seen running back and forth along a section of the border fence, in the dark of night, shining a light on the men who were running.

“They have their ropes and what they need,” Ben said watching a small group of 5-7 men carrying items moving swiftly in the shadows.

Heard in the distance growing closer is a police siren and then seen is a man in a green sweatshirt who is running away from the sirens. Bergquam flashes his light on the man, “Hey I got one over here!”

“This is the latter crew, guys- they just move sided to side, and now someone else is wide open, ” Bergquam said running from one side to the other.

Ben told me he came up with the name’ ladder crews’ while he was watching them divert the attention of one Border Patrol agent to leave large areas with no one watching, down the way.

“The Ladder Crews help cause the diversion so that more hardened criminal can get through, some inside sources told me.”

Heard is Berquam, now right up near the man says loudly, “right here, I got one here Sir”

Then a man in the green shirt said something in Spanish while climbing into the vehicle with other men.

The door to the vehicle opens and the men inside, shift in their seats and try to avoid the light of the camera, as one man started out in defiance.

“Are they all Mexican nationals? Bergquam asks.

Yeah, I think so,

“This is what the cartels are doing on the border, every night,” Ben said, walking along.

“And it is like this every night all across the border and it is because of the open border invasion and policies are emboldening the cartel/ Look, we have busses transporting people as we speak and we have these ladder crews who are working at will and Mexico is not doing anything to stop it. There are no government officials to stop it, there are no police officers over there to stop this.” he said.

“Where is Governor Ducey to do something? Where is DPS? We are being invaded as we speak. These guys are overwhelmed and instead of sending them back up -or taking them off the line and sending them to process the fake asylum seekers because of these anti-American NGOs that are destroying this country from within and we are paying for it, we are paying for it! Your children and grandchildren are going to be paying for it!” Bergquam said defiantly.