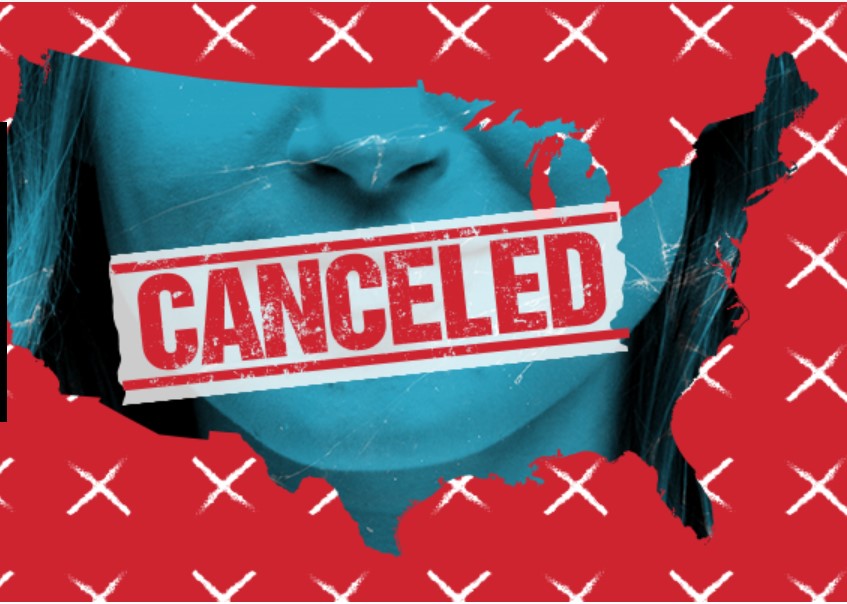 This week a political controversy was intentionally plotted, planned, and orchestrated by a Progressive Democrat activist woman who admitted she had infiltrated a group of area Moms with fraudulent intent, under a false premise, and intended to harass the members of that group- for some yet known reason.

Here is a great article for more background:

It might be because the progressive Democrats in North Carolina has planned a ‘Summer of Rage’ and needs people to pay attention to her website and fundraising page.

In fact, ruining another woman’s happy hour and then bragging about the deed on TikTok was described by this Progressive Democrat activist as ‘the happiest day of my life’ according to her Facebook page.

That is not loving people or being inclusive.

“I was giving Wye Hill the courtesy of knowing a large group of women was coming in for a happy hour, of between 20 and 30 people, and I thought they would want to be prepared,” Julie Page told me, after having her Happy Hour canceled by Wye Hill in Raleigh North Carolina.

“I didn’t have to do that- we could have just gone in. I was trying to be respectful of their people, their time and so they could have supplies ready,” she said.

“I worked in a restaurant, I know having an expectation of what is going to happen that night is important,” Page told me, after be abused for being so polite.

She made a reservation but then was canceled by the venue for being a member of a group the venue didn’t like.

Here is a screenshot of her Facebook message to the venue, Wye Hill, from Saturday:

First, Page contacted the restaurant via Facebook Messenger and got no response. So then she followed up by phone and made the reservations- with the exact details- which were accepted and then confirmed:

The reservation was made on Monday by phone, confirmed by email, and canceled by email on Wednesday.

In his article for Eaters Carolinas, author Matt Lardie identifies the culprit who caused the cancelation, who appears to be designing a harassment campaign against Conservative Moms. He appears to be ok with that- because the women in a group photo, as he points out, are all White.

In “Raleigh’s Wye Hill Stirs Up Controversy After Cancelling Conservative Group Event , Supporters of Moms 4 Liberty wage an online war on the restaurant, Lardie, himself inaccurately describes the actions of Julie Page, the intent of the event that was suddenly canceled by Wye Hill,  and the activity of her association- Moms For Liberty Wake Co.

Here is the invitation to her Happy Hour, with nothing to do with Moms For Liberty and the location is not listed, giving anyone a hint of where the party was to be held:

While Lardie’s article is highly inaccurate and no one from the Mom’s group was contacted for comment about his claims, Lardie seems to have the correct information about the woman who is making a spectacle of this whole thing, for some reason.

“Katherine Johnson, a local pre-law student, is the one who alerted the restaurant to the connection between the event reservation and the group. Johnson gained access to the Wake Moms 4 Liberty chapter.”

“It was easy to get into their chapter. All you need is an email address,” Johnson says. She knew that Wye Hill promotes inclusion and equality, citing the “Black Lives Matter” painting on the side of the restaurant’s building. “I knew that this could not happen.”

A pre-law student?  Wow. How is this kind of activism and harassment legal?

Nowhere does Lardie question the ethics of whether a restaurant has the right to accept and then cancel- thereby denying service to a woman who made a reservation for a simple Happy Hour with friends, because of the customer’s association with a group.

“This was not a Moms for Liberty event- it was a social Happy Hour. They never would have known Moms for Liberty group members were in their restaurant if we had been allowed to keep our reservation,” Page told me, reminding me that she has a regular place for her meetings, the Shrine Club of Raleigh and that she wouldn’t have gone to the restaurant for any sort of meeting.

Instead of investigating her intention for the meeting Wye Hill slammed the group and canceled the premade reservation.

Page got an email canceling her Happy Hour a day and a half before the event was supposed to happen. Saying the event was canceled and accusing her and her group of crimes.

I covered the story of the cancelation, the text of the email, and Johnson’s immediate victory dance on TIK TOK here:

EXCLUSIVE! Mom Gets Canceled From Happy Hour, Leftist Brags And Then Threatens Her On Tik Tok

The restaurant, Wye Hill, has refused to answer any questions or give any statements to Page or any of her associates, or to respond to media inquires- including from me- over why they sent such a vicious and nasty letter to Page over the simple reason that she also belongs to a group they apparently do not like.

We are learning that the cancelation may have something to do with controversial books in public school libraries.  Notice the talking point is the book sale was made prior to the reservation.

Find an advertisement for the book sale before Saturday- we can’t.

🤔 apparently this group just happened to plan a happy hour at Wye Hill the same weekend the restaurant is hosting an LGBTQ book sale, of books the group has previously protested… https://t.co/gOVOkJgqtK

The mainstream media, msn, is running cover for the group and activists are joining in – claiming that Wye Hill were having a book sale this weekend of graphic novels that teach children about LGBTQ.  The decision to have that book sale happened about 12 hours after I made a media inquiry about the cancelation.  Notice the date- their sale was announced a day and a half after the cancelation.  But kudos for perfect gaslighting.

Page received no notice of any conflict with a book sale. This is another disrespect by people who simply want to hurt a group of Moms.

Page made her original inquiry on Saturday Night. There is no indication that there was any book sale scheduled by WYe Hill before that day for Page to have seen. June 9th after the cancelation is the first indication we found of any book sale mentioned anywhere.

Remember that this woman, Katherine Johnson- who started this whole thing- sought out the group for some reason, felt welcomed and invited to join the group, her membership was accepted, and she has given the address to the party. So how is that not being inclusive?

Page, perhaps niaevly, invited a few new members of her Moms For Liberty group (Including Katherine Johnson) to mingle with friends and others she knew who had similar interests- to an “end of school” social happy hour.

And Johnson pressured the venue she was given as an address- to cancel the event.

I do question whether Wye Hill will be doing background checks on all of their future customers to root out any associations a customer may have- with which they disagree, and if all customers must support and affirm the highly controversial books- if they want to do business there.

Katherine Johnson is not being inclusive either, while accusing the Moms For Liberty Wake Co chapter of being a whole bunch of bad things- has planned a ‘Summer of Rage’ and is using the controversy she singlehandedly started as a jumping board to raise interest in her political activism of harassment and rage.

According to Johnson’s public Facebook Page, on June 1, the entry there says she started a website about nine days ago to organize her activism for ‘Project Progress.’

Johnson asks her members to take a pledge for the ‘Summer of Rage.’  Moms For Liberty has no such pledge; even as Johnson admits, the Moms For Liberty group is pretty inclusive and easy to join.

Moms For Liberty Wake Co- is a bipartisan group.  Before the NC Primaries, Julie Page hosted Democrat and Republican candidates at an event for members to get to know their candidates. The meeting was very well attended, with about 250 people in attendance and candidates- from both sides – were allowed to speak freely. There were no disagreements at all everyone had a good time.

It is important to note that Page has a standing invitation to use the Shrine club for her meetings, she is not looking for- or in need of- a meeting space for her group. She was simply trying to have a fun social event with a group of likeminded people- to celebrate the end of school.

Neither Julie nor the group plans any time of protests against the restaurant in response to their discrimination of her.

The work of Moms for Liberty -Wake Co will continue to focus on the best candidates for the Wake Co school board and other political offices.
And Julie has stated openly that her group is open to all, including Democrats, as her mission is to protect the American family.

We have no proof that this “Summer of Rage”  is the motivation for Johnson’s actions, but we can make the mental leap that the attack on Julie- like Mom’s for Liberty- is a planned attack by Johnson- to escalate her own activism.

Both Julie and Moms For Liberty- Wake Co- want to de-escalate the potential of any sort of rage and intimidation that could turn into political violence.

Moms For Liberty Wake Co believe that we can do that while simultaneously defending our rights as parents and Americans, which is why Julie has chosen to have a spokesperson – at this time.

Julie and the group want to escalate the civility of conversation about debate and compromise as a society.
For anyone to describe this group as causing an online war, is ridiculous.

However, in the free market, people will react as they will to the knowledge that Wye Hill, who is focused on selling books to children this week, denied service to a Mom because they believed her to be Conservative- and the author added- has White looking skin.

Yes- that is where we are in the new America. The conversation over this type of cancel culture should be bi-partisian.

Who has the right to enter a restaurant?  For Wye Hill- no Conservative White Moms, we guess. They won’t say- they are not talking.

Neither Moms for Liberty Wake Co nor Julie Page want to harm Wye Hill, which is a small business. Both Julie and Moms For Wake are pro-small businesses.
The list of reasons Katherine Johnson is offended about Julie Page making a reservation at a restaurant to have a Happy Hour with friends does not match reality in the grown-up world- if you ask me.

And by the way, a local Raleigh area restaurant and club welcomed the group-on Friday- with open arms and even picked up the entire tab.

Ironically- in the same venue was a group of about 25 young people in progressive NC blue t-shirts having a great time. No one was upset at all.

Fun was had by all.