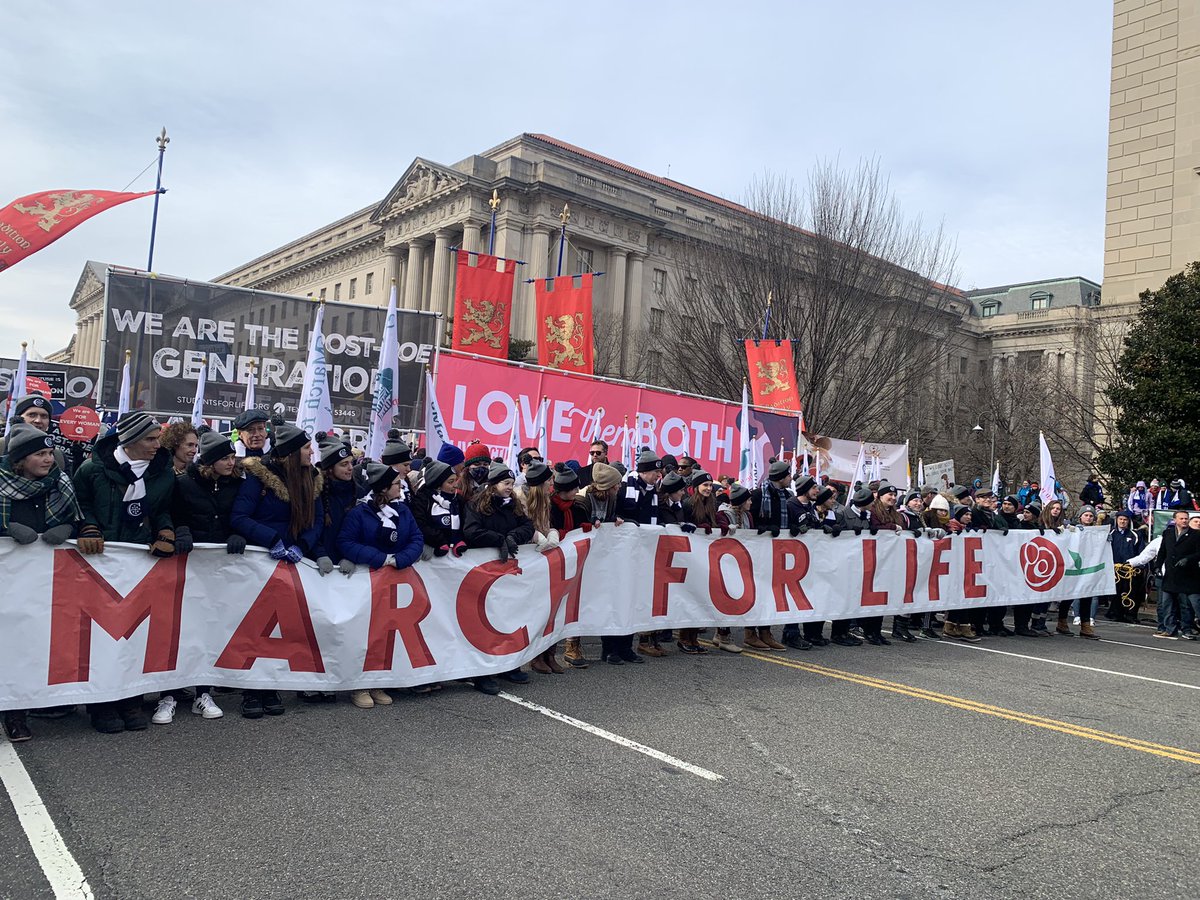 Even in very cold weather conditions, and with the stigma of Conservative rallies in the leftist utopia of Washington DC under radical leftist Mayor Muriel Bowser the March for Life went on. Even with draconian COVID restrictions making the area an empty and unwelcoming place for tourists, people drove into DC by the tens of thousands to assemble and address the US government about law that has been very, very lucrative for the left- and the established political order,  and has been devastating for women and children- Roe V. Wade.

The Rich and Powerful

"In 1973, the Supreme Court abandoned women and children to the $3.5 billion abortion industry. We are at a tipping point, and we march for these lives." -Rep. Chris Smith#WhyWeMarch #EqualityBeginsInTheWomb

“Equality begins at the moment of conception. I am proud to be here today to march and show the world that people with disabilities need a chance to live their lives outside the womb.” said Katie Shaw, Down Syndrome Advocate.

“I was 16, unwed, pregnant, desperate to believe their lies to end the life of my child… Decide today that you will take up the fight for the unborn and the women like me who have suffered because of their lies.”-@lisarobAlan told the crowd at the march.

The March Life went on on the cold:

With this year’s theme being “Equality Begins in the Womb,” the March for Life will advocate for the end of abortion and commemorate the over 62 million lives that have been lost since Roe v. Wade, the hallmark Supreme Court case that legalized abortion on a national level.

This could be the last March for Life before Roe v. Wade is overturned!

Fox News reported on the importance of the timing of this year’s event:

Decades of dedication by millions of pro-life Americans have led us to this moment.

In the Dobbs v. Jackson Women’s Health Organization case that the Supreme Court is set to decide this year, the justices will rule on whether the State of Mississippi can enact a law limiting abortions after 15 weeks. A decision upholding the Mississippi law could strike at the heart of Roe v. Wade and allow states greater freedom to protect the unborn. While we don’t know how the justices will rule, anyone who attends the March for Life can see that the pro-life movement has grown steadily in the five decades since Roe was imposed, refuting any notion that it is “settled law” in the hearts and minds of Americans.

MARCH FOR LIFE 2022: ADVOCATES PRAY FOR A ‘CULTURE OF LIFE RESTORED’ IN AMERICA

National Review reported on the March:

THE LEFT”S GREATEST FEAR- ABORTION GOES TO THE STATE

19thNews, reported on their fears, and stated that state governments should get ready for the SCOTUS to rule to overturn Roe V. Wade and send it to the state houses:

“With federal abortion rights hanging by a thread, state legislatures across the country are preparing to enact a slew of new laws that could virtually eliminate access to the procedure in large swaths of the country.

Most legislatures have not yet convened for their 2022 legislative sessions, which typically begin in January and run through the spring. Lawmakers in conservative-led states are already planning, sometimes in conversation with anti-abortion groups, bills that would restrict abortion access. Groups that support abortion rights say they’re tracking policies that in some cases are an extension of previous fights and in others preview new territory.

“2021 was the worst year on record for state restrictions and attacks on abortion access,” said Kristin Ford, vice president of communications and research at NARAL Pro-Choice America. “2022 is likely to be even worse.”