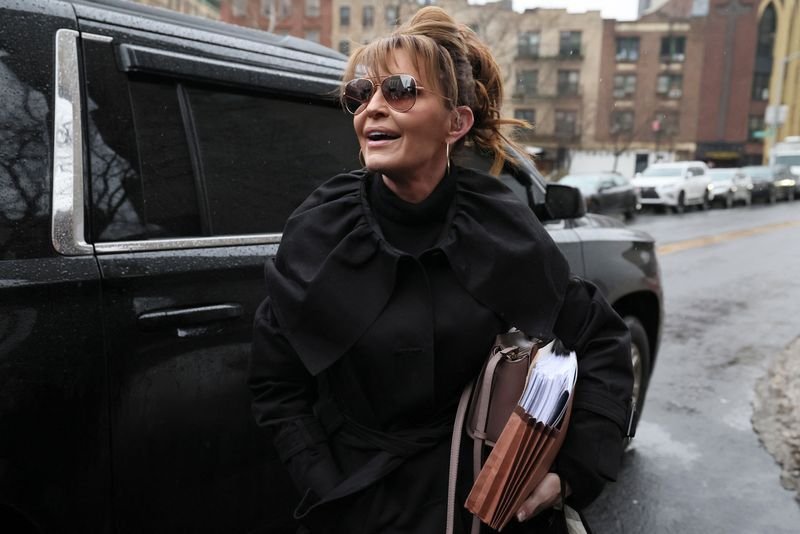 The left has been demonizing a female firebrand conservative for decades- to the point of trying to personally destroy her life because of her Pro-small government, pro-American agenda.

The combined left and their allies have used all of their media allies to malign Republican Sarah Palin and try to destroy any career she may attempt to have- and to make an example out of her, so others live in fear of having such dangerous ideas as she has had.

Palin’s bold stand against the Marxist left happened before the Tea Party movement, making her an innovative firebrand- before it was popular… and making her the perfect scapegoat for the left.

The media has used every weapon they can gather up, to aim at Palin, her family, her relationships, her source of income.

At one time, the New York Times activists, in print, blamed Palin for a shooting by a deranged Democrat- who tried to kill Republican representatives over his support of socialist Democrat Bernie Sanders.

Only a leftist could come up with this pretzel logic.

Yahoo News reported on Friday on the leftist lunacy:

Former Alaska Gov. Sarah Palin told a jury Thursday she felt like she was at the mercy of a “Goliath” when she first learned a 2017 New York Times editorial suggested her campaign rhetoric helped incite a mass shooting.

Palin used her second day on the witness stand to accuse the Times of deliberately fabricating lies that hurt her reputation — the basis of a lawsuit accusing the newspaper of libel that has resulted in a trial in federal court in Manhattan.

“It was devastating to read a false accusation that I had anything to do with murder,” Palin said. “I felt powerless – that I was up against Goliath. The people were David. I was David.”

She added: “When you know lies are told about you … that causes some stress. Hard to get a good night’s sleep.”

Palin sued the Times for unspecified damages in 2017, about a decade after she burst onto the national stage as the Republican vice-presidential nominee. She alleged the newspaper had damaged her career as a political commentator and consultant with the editorial about gun control published after U.S. Rep. Steve Scalise, a Louisiana Republican, was wounded when a man with a history of anti-GOP activity opened fire on a Congressional baseball team practice in Washington.

In the editorial, the Times wrote that before the 2011 mass shooting in Arizona that severely wounded former U.S. Rep. Gabby Giffords and killed six others, Palin’s political action committee had contributed to an atmosphere of violence by circulating a map of electoral districts that put Giffords and 19 other Democrats under stylized crosshairs.

On Thursday, Palin said her view was, “The New York Times, the be all and end all, the loud voice in the media, had … taken a knee-jerk reaction and tried to score political points, trying to politicize horrific violence.”

The left, of course, took the opportunity of the lawsuit to continue to smear the female Conservative for having the audacity of having an opinion about public policy and about Marxist usurpations of our Republic that do not match the far left.

That is the world we live in today- and Sarah Palin has been living in that world for over 20 years.