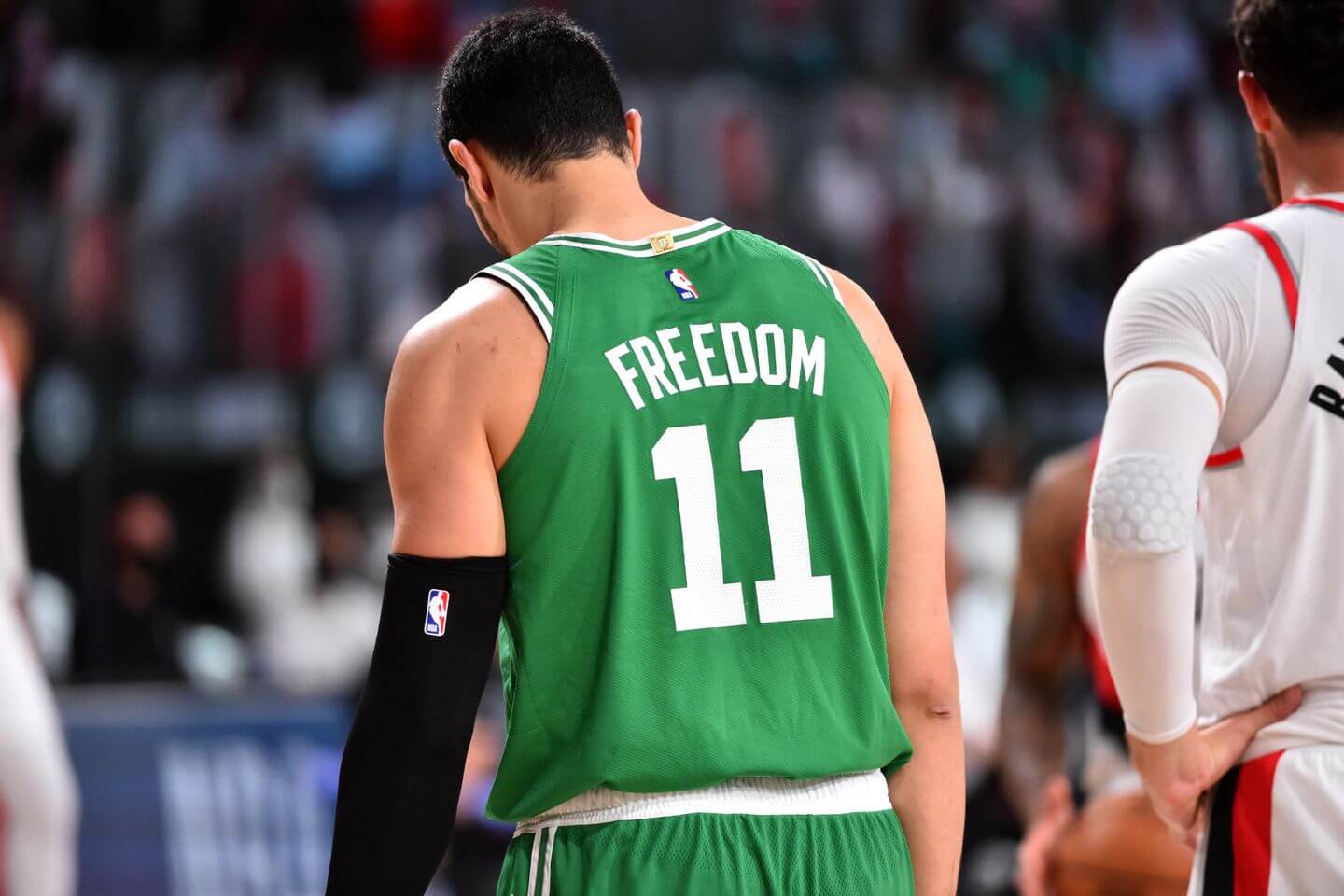 Enes Freedom is making the left expose their dark and persistent hatred for the United States of America in ways that no one could have believed existed before.  The irony of the American left stalking and harassing this accomplished basketball player- is too much. Check out social media for some very nasty comments about  Freedom.

The controversy happens at the exact same time that the basketball player was confirmed as a speaker at the popular CPAC that will occur later this month.

The left’s hatred is so crazy it only makes sense to a Biden voter to attack a Black-Muslim immigrant- who loves America so much he named himself “Freedom.”

But this is where we are today. The left is celebrating the punishment of FREEDOM:

“As part of a busy trade deadline day for the Boston Celtics, they sent Dennis Schroder, Bruno Fernando and Enes Freedom to the Houston Rockets for Daniel Theis, the team announced Thursday,” ESPN reported on Friday. The Rockets are waiving Freedom, Adrian Wojnarowski said.

Why would they do that?

Check out this statement by US Rep. Mike Waltz, who mentioned that his ad, including FREEDOM, had been censored by NBC News:

Perhaps Freedom is being publically shamed by the Communists, the NBA, and the American left because he has spoken out about the Olympics in China?

“16M viewers tuned in to watch the #Beijing2022 opening ceremony, an ALL-TIME LOW for @Olympics ceremonies on linear television 43% down from 28.3M viewers for the South Korea Winter Olympics in 2018 This is what you get for turning athletics into propaganda for an EVIL EMPIRE,” FREEDOM wrote on his social media.

Along with a smackdown-South Park-style mockery of the Communist leader.

WAY TOO HOPEFUL ABOUT FREEDOM AND AMERICA- THE LEFT SAYS

“The world needs to understand! I do NOT care about politics. The only thing I care about is Human rights, Freedom and being the voice for the voiceless. The question people should ask themselves is; Despite our differences, what can we do to make this world better, TOGETHER?” FREEDOM wrote.

The answer from the left- about the togetherness- is NO. The “Co-Exist” crowd won’t tolerate that sort of speech.

Freedom has been smashing the NBA’s connection to the Chinese Communist Party for weeks:

So, where did he come from?

29-year-old Enes Kanter Freedom is a Swiss-born American professional basketball player of Turkish descent who plays for the Boston Celtics of the National Basketball Association. He was selected as the third overall pick of the 2011 NBA draft by the Utah Jazz.

BUT Freedom is speaking at CPAC about his point of view, and numerous people are speculating that is the real issue:

Outkick reported on the story with some interesting details:

CHINA-BASHER ENES KANTER FREEDOM GETS TRADED, THEN WAIVED BY THE HOUSTON ROCKETS. COINCIDENCE?

Freedom’s appearance on the court this season has been scarce. Some fans and supporters speculate that his anti-China messaging caught up to Enes and made him a liability due to the Association’s link with the Chinese market.