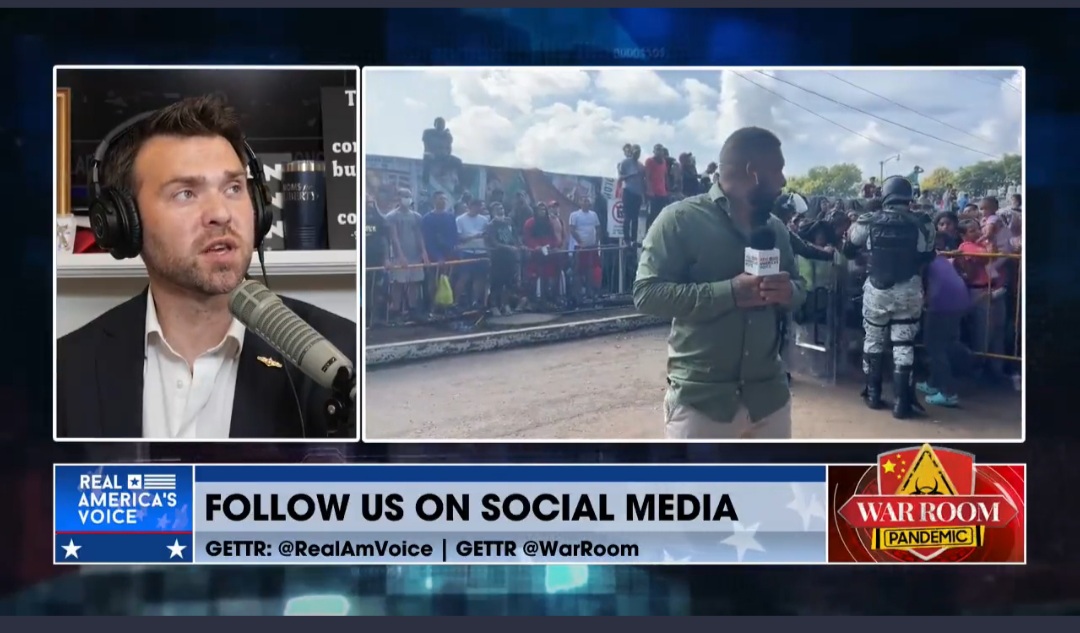 “Breaking: chaos in the south border as Migrants rush the barricade of the National Guard to pressure the Mexican authorities,” reported Oscar El Blue who was live on the War Room with co-host Jack Posobiec when an unruly mob of people forced their way though a small group of Mexican National Gaurd, wh put up little resistance to hold the group back.

“There’s a lot of tension today and more migrants are arriving. The number of people is increasing according to the intelligence agency from Mexico, who is saying to expect between 1000 to 1300 migrants coming through here per day,” El Blue said.

” So you can imagine after waiting for three months, the number must be exacerbated up to the ten thousand and up. 10,000 or more migrants and there is a new Caravan coming down here. Mexico has not put in place any serious force to stop any of it. There’s a fence, there’s a few soldiers but nothing else,” El Blue reported.

“Jack we’re seeing this this is live video real ambush. He was bringing you live coverage on how the migrant situation in the southern border is unfolding that is headed to the United States of America.,” El Blue said.

“We’re literally seeing people break across. This is the southern border of Mexico,” Posobiec said.