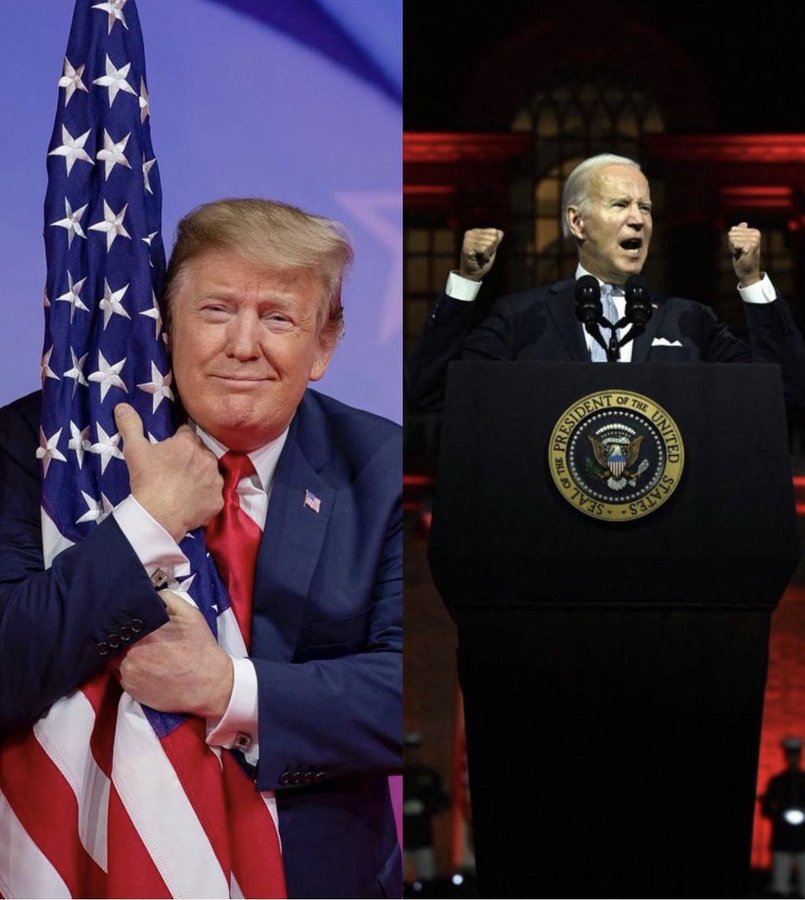 Ben Bergquam attended the rally to Save America in Pennsylvania to an enthusiastic and packed crowd on Saturday night after the most bizarre and hateful verbal attack on American citizens in our country’s history- by Joe Biden- and the good news is that no one cared what that crackpot dictator said about their MAGA movement.

“Dont believe the fake news, this is MAGA country,” Bergquam said, panning the crowd showing people on their feet cheering for Trump’s entrance.

In fact Biden’s vicious attack on America appears to have energized people to be more outwardly positive about the America First movement and President Donald J. Trump, than ever before, according to posts made on social media.

The rally comes after a leader and hero to the people, Steve Bannon, had his home swatted as a result of fake reports of gun violence- that Bannon described as an attempt on his life.

The American people have been savaged by the Democrats and RINOS , who together are in a panic about polling that shows they are all about to lose their powerful positions to an engaged populist movement that people like Trump and Bannon have built.

The energy at the Save America rally is a reminder of the early Trump rallies when Trump first came into politics.

Here are some highlights:

THOUSANDS have already lined up for tonight’s 7pm Save America rally with President Donald Trump in Scranton, Pennsylvania!

Enthusiasm for the #MAGA movement is at an all time high. MASSIVE lines at President Donald Trump’s Save America rally in Wilkes-Barre, Pennsylvania.@OANN pic.twitter.com/6F9Di8gJdN

BIG CROWD already lined up at 9:30am for Pres. Donald Trump’s rally in Wilkes-Barre, PA.

This guy at the Trump rally is freaking awesome! pic.twitter.com/BNYivDNCKd