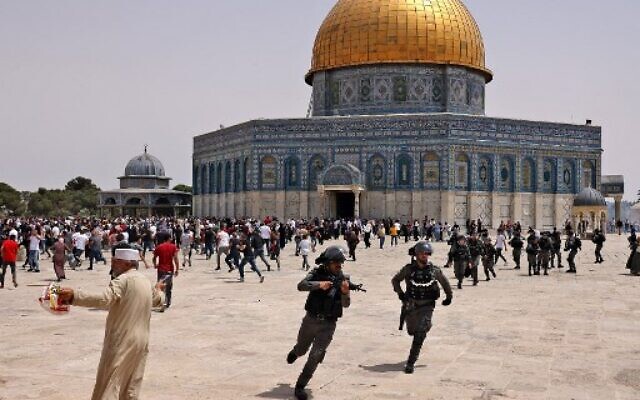 This week the media has done a sneaky attack on the Judeo-Christian tenants of Western Civilization, and Americans need to be alarmed because this media attack is done at a time we are watching the Federal government in the United States insert dangerous rhetoric calling people of faith and patriotism- terrorists.

Last week there was a  dangerous FBI report about the ‘symbolism’ of extremism, claiming symbols of patriotic pride were dangerous, and now we have the media, like the Atlantic, morphing that narrative into symbols of Christians, specifically the rosary for Catholics- at the same time, the same leftist media- in this case the New York Times, is lying about Jews in Israel and about their faith.

“The Holy Rosary, also known as the Dominican Rosary, or simply the Rosary, refers to a set of prayers used in the Catholic Church, and to the physical string of knots or beads used to count the component prayers.”

Posters on Twitter picked on a slight in a story about the tensions that have turned violent again at the Temple Mout in Jeruselum, noting that the New York Times was misrepresenting the importance of the Temple Mount to Judaism, in a short about rising tensions there and a shooting as a result.

TEMPLE MOUNT WAS TRENDING ON SOCIAL MEDIA ON MONDAY

The Temple Mount is a sacred place for Christians, Catholics, Jews and Muslims. Followers of Jesus know the Temple Mt as the place where Jesus gave large crowd instructions on how to pray, and it is a prayer – itself used daily by followers of Jesus called The Lord’s Prayer with is similar to the Jewish prayer  the Amidah:

“Pray then like this: ‘Our Father in heaven, hallowed be your name. Your kingdom come, your will be done, on earth as it is in heaven. Give us this day our daily bread, and forgive us our debts, as we also have forgiven our debtors. And lead us not into temptation, but deliver us from evil.'”

In Judaism, observant jews say the the main section of morning, afternoon, and evening prayers, recited while standing up.  On weekdays the amidah consists of 19 benedictions. These include 3 paragraphs of praise, 13 of petition, and another 3 of thanksgiving. It is the central prayer used in worship services. It is often referred to as the ‘standing prayer’ as it is always recited while standing and facing Jerusalem. This prayer consists of 19 blessings, which can be split into three sections: praising God.

“May it be your will, O my God and God of my fathers, that You Shall speedily rebuild the Temple in our days, and give us our portion in your Torah, so that we may fulfill your statutes and do Your Will and serve you with all our heart.”

Before the shooting, one Muslim media outlet had stirred anger by falsely claiming that Jews were “storming the Temple Mt’ area earlier in August and insulting their religion.

Numerous people on social media caught that slight as well and corrected it by explaining what the Jews were doing, why they were at the site on that date, and what prayer is all about. All things the leftist media ignored.

Likely because the media wants people to be tense about religion. More on that later.

So if the New York Times story- above is believed, then readers of leftist media may believe that the Jews were trying to take over the site from the Muslims.

American Jews recite the same prayer, that what we are looking at:

Senior Rabbi Shira Stutman of Sixth & I Historic Synagogue in Washington, DC explains the meaning of the Amidah, “the central prayer in the Jewish tradition.”

According to one post, the heightened attendance t to the Temple Mount was in honor of an important religious observation.

Tisha B’Av is an annual fast day in Judaism, on which a number of disasters in Jewish history occurred, primarily the destruction of both Solomon’s Temple by the Neo-Babylonian Empire and the Second Temple by the Roman Empire in Jerusalem.  In 2022 those dates fell on Sat, Aug 6, 2022 – Sun, Aug 7.

The Times of Israel reported on the details of the observances.

Fox News reported on the Atlantic’s slur against the Rosary and she could have been explain the fake news about the Jews who were at the Temple as well:

RACHEL CAMPOS-DUFFY: The first thing that authoritarians try to do is to delegitimize and ban religion because it is an existential threat against the state. And I think that’s what you have here, and I think what they’re trying to do. And we’re seeing more articles like this. This seems comical, but we’re seeing more and more articles trying to associate people who are faithful, especially those who adhere to more orthodox or traditional interpretations of faith, as somehow being right-wing extremists, white nationalists, fringe. And I think we ought to be very careful of that. … And we really ought to fight back. We shouldn’t just laugh at the silliness of this. We should understand that in this country and around the world, Christianity and faith in general is under attack all over the world. And we should be very protective of our religious liberties and push back against this kind of bigotry against Christians.