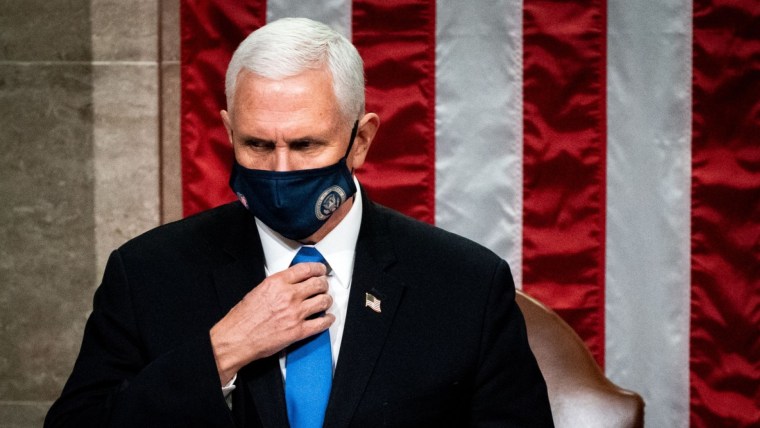 Former Vice President Mike Pence played a leading role in the betrayal of the American people on Jan. 6th at the US Capitol, and now there is news that his team is working alongside radical Democrats who are using their position of political power to harass and defame supporters of President Donald J. Trump.

“Confirmation that you don’t need to have everyone’s cooperation, just enough of the right people. And it sounds like @January6thCmte has it,” Joyce Arlene, a legal analyst wrote in response to Mike Pence cooperating with January 6th Committee.

Democrats and their allies like Pence are playing out some political theater, as leftist Bennie Thompson flirts with the idea of bringing Pence in and getting him to turn on Trump and Trump’s supporters.

CNN reported on that action:

Rep. Bennie Thompson, chairman of select committee investigating the January 6 insurrection, wants to hear directly from then-Vice President Mike Pence, who certified the 2020 presidential election despite an extensive pressure campaign led by then-President Donald Trump and his allies to halt the process.

Thompson, a Mississippi Democrat, wants Pence to voluntarily speak with the panel about what he witnessed on January 6 and the conversations he was privy to in the days leading up to it, which could provide extensive insight to the panel’s investigation.”I would hope that he would do the right thing and come forward and voluntarily talk to the committee,” Thompson told CNN in an interview Tuesday.A spokesperson for Pence declined to comment on Thompson’s remarks. However, news around DC is that Pence’s people are helping Thompson.

Axios reported on their scoop:

People in and around former Vice President Mike Pence’s office have been particularly cooperative as the Jan. 6 select committee focuses on what former President Trump was doing during the more than three hours the Capitol was under attack, sources familiar with the testimony tell Axios.

Why it matters: At the one-year mark of the insurrection, the committee is piecing together a definitive timeline of how Trump resisted pleas from his own advisers, allies, family members and lawmakers to halt the violence down Pennsylvania Avenue.

Some Pence-world witnesses have testified without a subpoena, according to one source with direct knowledge of the closed-door hearings.

What we’re hearing: Some of the most helpful information has come from second- and third-tier administration staff who were not directly involved but were at the White House on Jan. 6 and had access to top administration officials, sources tell Axios.

Rumor is… Multiple sources told the @Independent that the extent to which ex- @mike_pence chief of staff Marc Short has cooperated with the committee so far is a sign that Pence could eventually be amenable to cooperating — or even testifying.“I absolutely think that Marc Short is sort of paving the way or laying the groundwork by laying out the facts of what happened,” they said. “He is basically … the de facto voice for Pence in this situation”.

Fact is that 2022 is going to be the biggest political fight we have seen yet.