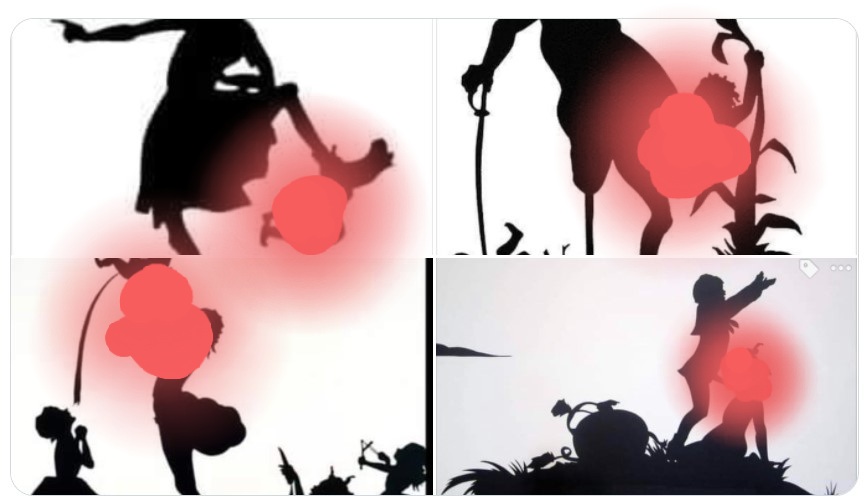 North Carolina Schools are at risk of distributing pornographic smut to children, and nothing seems to raise their concerns over the damage they are doing to children’s minds, to parents’ peace of mind, or the very existence of public education, as conflicts arise between school staff and frustrated adults.

WBT News, Brett Jensen, reported on the latest in an ongoing discovery of inappropriate materials being shown to North Carolina children and disseminated digitally to minors, seemingly without any oversight.

The Principal made an excuse that the lewd and nasty images were given to children by mistake and tried to blame the digital classroom management system for the abuse on students.

Disgusting and filthy images of pedophilia and childbirth were sent to 6th graders in Charlotte by a teacher. The school principal tried to walk back the reckless actions that most certainly already damaged the young minds by poisoning them with bizarre images deceitfully labeled as “art.”

“WARNING! EXPLICIT IMAGES FROM @CharMeckSchools 6th GRADE ART CLASS: Parents were upset these images were presented to 6th graders at Kennedy Middle School on the CANVAS platform. The Principal sent an email of apology to parents. No word from CMS how this occurred. See next tweet,” Jensen reported.

WARNING! EXPLICIT IMAGES FROM @CharMeckSchools 6th GRADE ART CLASS: Parents were upset these images were presented to 6th graders at Kennedy Middle School on the CANVAS platform. The principal sent an email of apology to parents. No word from CMS how this occurred. See next tweet

Below are some of the filthy and depraved images by a woman named Kara Walker. According to Walker’s website, she describes herself as:

“Kara Elizabeth Walker is an American contemporary painter, silhouettist, print-maker, installation artist, filmmaker, and professor who explores race, gender, sexuality, violence, and identity in her work.” Walker says that her work is meant to be about racism in the present and the vast social and economic inequalities that persist in dividing America. She is a proponent of Critical Race Theory.

According to art critics, Walker is known for her fantasy work that depicts an era of slavery that she fantasizes about through depictions of sex and violence.

School officials believe this is appropriate for 12 years to learn in school and receive by digital communication to their school accounts.

If this happened anywhere else other than school, it might be considered a felony in North Carolina.

Here is the statement from the principal: pic.twitter.com/YtlB0NEy1l

Claiming that the materials were wrongfully sent to children because the teacher didn’t know better, Kevin Sudimack made excuses for Canvas.

Canvas is a course management system that supports online learning and teaching. It allows professors to post grades, information, and assignments online.

The Canvas platform is a cloud for downloading information to children that are focused on Equity.

Equity appears to be a code word for pornographic, violent, racist, emotionally damaging materials and lessons.

Walker is cited explicitly in an art lesson on Critical Race Theory. According to Art Of Education:

“Examine a system that runs the art world. Study artists who challenge the dominant ideology by publicizing its flaws, such as Faith Ringgold, theGuerrilla Girls, John Criscitello, and Barbara Kruger.

Have students work in groups to investigate a local or nationally renowned museum. Prompt them to look at the artists they have in their collections. Guide students to consider the demographics that the artists belong to, like ethnicity, race, gender, and sexuality, to give an interdisciplinary perspective.

Then, ask each group to write a mock proposal to the institution that includes research on artists to include in the collection to promote diversity.

Some artists to examine could include Kara Walker, Favianna Rodriguez, and Xiuhtezcal. In addition to a written product, students can create and share their demographic data visually.”

Imagine if this was done in Vietnam. The Department of Justice might have to get involved as with the case of a recent arrest there, for attempted molestation, through Project Safe Childhood.

DOJ: ‘US Citizen Gets 108 Months in Prison for Attempted Sex Abuse in Vietnam’

The bottom line is that school children in North Carolina are being bombarded with access to indecent and disgusting images that would be considered child exploitation if they happened anywhere else. But North Carolina Equity Departments have some special immunity from laws and continue to assault children’s minds and do nothing more than make mere excuses.