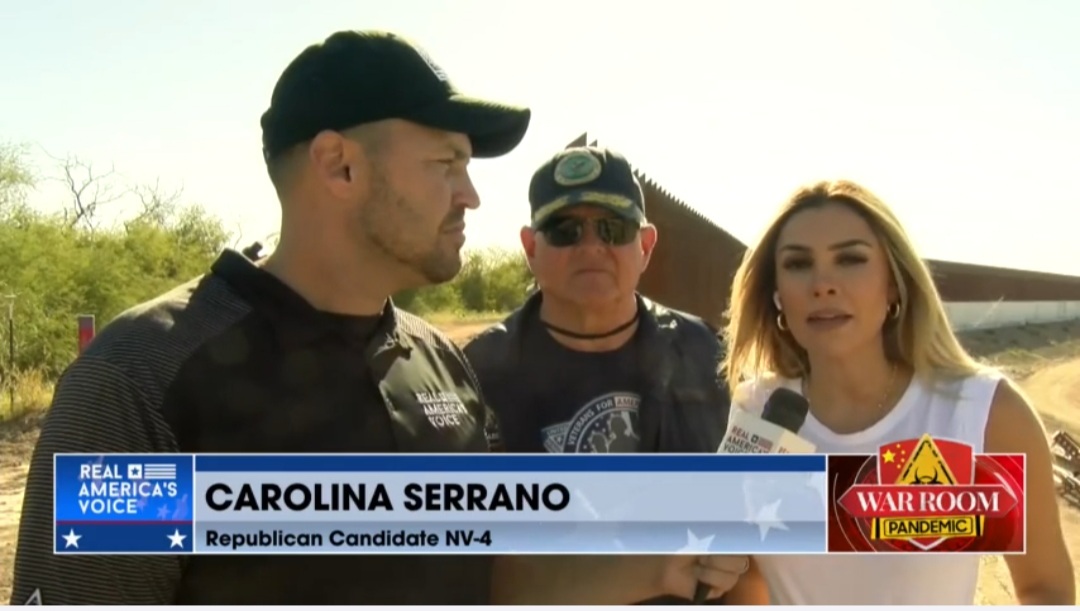 On Friday, Carolina Serrano, a Republican candidate for US House in Nevada, joined Real America’s Voice reporter Ben Bergquam on the Southern Border of the United States to investigate the disaster Democrat Joe Biden is creating for Americans.

“I call her our AOC,” Steve Bannon, host of The War Room Pandemic podcast, said about Serrano when introducing her.

Bannon asked for her reaction to the news that Biden and the Democrats were planning on giving away up to half a million dollars to each individual in a family of illegal invaders.

Serrano is touring the border with Bergquam, who showed her how people, who were there illegally, were processed to come through the border because of Biden’s policies and just given free access to the country and assistance from outside groups.

“The biggest enemies I have seen while being down here, are the United Nations and the NGOs who are helping run this coordinated effort against the American people,” Serrano said.

“My opponent, Steven Horsford, is going to be right there to sign up to give these people, who are here illegally, a half million dollars, absolutely,” Serrano said.