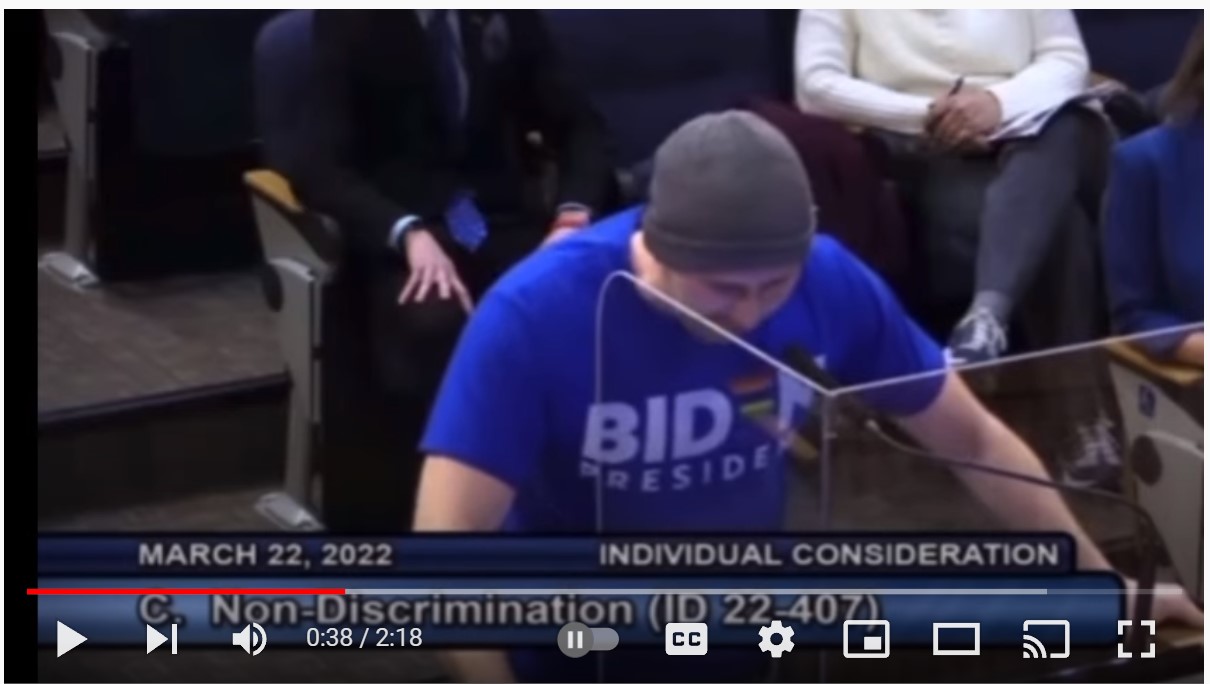 It is unclear if the man in the following video is play-acting and trolling, or if he is expressing his true feelings about the events unfolding in Ukraine and Russia.

“It would be worth it to have a Nuclear War if we could save one life…” a very emotional man said at a government meeting.

The saddest part is that it is indistinguishable for many of us.  We don’t know his true intent because this is genuinely what the left looks and sounds like to us.

“I hear this dude is a troll which makes him the most epic troll of all time in my book! Talk about owning a character! The scariest part is you don’t know with today’s lunatic left – they truly are this insane!” Ben Bergquam wrote.