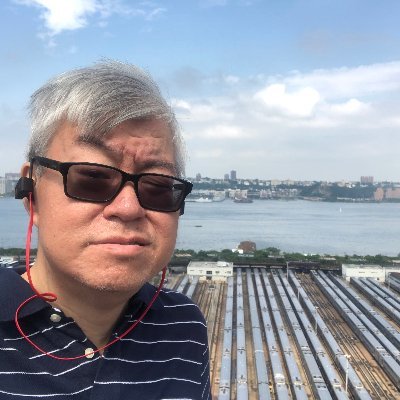 A woman who started out her life as a Vietnam refugee has a passion to defend her daughter, after her child’s bout of depression from COVID- and to fight back at the school level to unmask the 160,000 children in Wake Co. North Carolina.

After being smeared by local reporter Keung Hui of the News and Observer, Katie Long released the following statement to me:

“It is so disheartening to see an American man who is Asian write and publish false and fake news about an American woman who is Asian.  Knowing the struggles that Asians have faced and continue to face, those who make it to America to legally become American citizens we would never believe we would experience such actions by one of our own.

You know you’re doing the right thing if you’re willing to fight for all children, you know your fight will be a fight against those who don’t care about children.  I am a mother, just trying to raise my children, trying to make a difference in other children’s lives in this loving free country.

When you come after my children and other innocent children, I will not backdown. You will only help me get to the finish line faster. Hear me, see me, know me I say to you You’re fake news, you will be held accountable for your false statements” Katie Long wrote-  #landofthefree #homeofthebrave”

For that activism, she has been smeared by the local media in something that smacks of Communist tarcitcs- and people who fled Communism would know what that is really all about.

Recall that Communists rely upon brutal brainwashing tactics to control people. According to Wikipedia page on Maoist tactics used to humiliate people- see if this sounds like our story of Katie Long and a News And Observer-Reporter:

Denunciation rallies,[1] also called struggle sessions, were violent public spectacles in the Mao era−China, where “class enemies” of the Maoists were publicly humiliated, accused, beaten and tortured by people they were close to.[2][1] Usually conducted at the workplace, classrooms and auditoriums, “students were pitted against their teachers, friends and spouses were pressurized to betray one another, [and] children were manipulated into exposing their parents”.[1] Staging, scripts and agitators were prearranged by the Maoists to incite crowd support.[2] The aim was to instill a crusading spirit among the crowd to promote the Maoist thought reform. These rallies were most popular in the mass campaigns immediately before and after the establishment of the People’s Republic of China and during the Cultural Revolution.[3][4]

Does that sound like how the left use Qanon?

Katie Long, who became a US Citizen after her parents fled Vietnam with the fall of Saigon, is a dedicated Republican activist now, but that didn’t happen until COVID hit.  And when COVID hit, the draconian North Carolina COVID restrictions on children threatened to destroy her daughter’s life with depression-like so many other young Americans.

So Long became a Momma Bear and linked together with other parents in her school district to learn about civil liberties that American citizens have to use as tools to defend their God-given freedoms.

They learned together and on social media how to defend their children, their country, and other children they see as being voiceless victims of an out-of-control government.

That type of pursuit used to be acceptable in the United States of America, until Republicans started winning against the Marxist left that is- but now the left is resentful, bitter and full of revenge. And they will use Maoist shame and struggle tactics to beat their political opponents.

“I remember being in a boat with my parents and 30 other people, fleeing our home in the middle of the night to escape Communism.  When things started getting bad with COVID and I saw so many people hurting, I couldn’t just sit here and do nothing.  I read stories online about people who were getting things done with their school boards, without any threats, where activists using the surety bonds got school boards to change their masking policies- so I  reached out to Bonds For The Win, and served Wake Co. School Board,” Long told me.

Long, whose husband fled Communism at 10 years old to become an American citizen, has been involved with other activists against the embattled Wake County School Board. This is a family who understands the harsh realities of living under Communism- for that real struggle they get no respect at all from NC Reporter, Keung Hui from the News and Observer.

He still smeared these parents. What is he angry about?

Long, using a strategy developed by a group called “bonds for the win”, served the Wake Co. School Board on the 18th of January over surety bonds- because she believed she would be able to get the school board to finally change their stubborn determination to keep children in masks in that school district- and she knew that would help her daughter.

Long, fueled by a sense of liberty she knows is too important to lose,  was willing to take the chance of being on the hot seat in order to help others, and to stand up for her fellow countrymen and women.

That is when the pushback started.  Then odd things started to happen to Long, and the pressure against her reached new heights about 3-4 days ago. Then today Hui called her and emailed her, and she did not have time to respond.

“I don’t know how he got my information to contact me, and it felt sort of rushed and a bit rude,” Long said about Keung Hui’s emails and voice mail message to her, demanding information about her surety bond activism and other details about two other activists.

Hui told her his deadline was today, so he gave her a few hours to respond before he ran with a story smearing her character, and perhaps endangering her.

Since the left, who screams about “book burning and censorship” has a narrative that Qanon supporters are domestic terrorists for reading Qanon posts, and Democrat Joe Biden’s Department of Homeland Security issued a recent statement that anyone who criticizes Democrats are domestic terrorists- it seems to be a veiled threat to call a parent activist a Qanon supporter at this time- right?

At one time in America, Long’s active participation in her civil liberties out of her patriotic love of her child and the United States- especially after fleeing Vietnam- would have been a beautiful story and Long would have been seen as the heroine of the story.

But now, in America and at the end of a Communist revolution in the United States, Long is just one of many targets to polarize, mock and shame in the collaborative effort to bring America to its knees and humiliate the people who love America.

The local Wake County news reporter, Hui, purposefully attacked the character of Katie Long to frame her as a conspiracy theorist, as a “Qanon supporter” -whatever that is- even after exchanging emails with me about his intent.

“It is painful to be smeared by another Asian,” Long said. “I don’t understand why more Asians don’t remember what we have come through to get to this place where we can fight back. Where are they to defend America?  My family fled to Hong Kong, where we were given refugee status and then we got America.  We love this country. We love our freedom.  I couldn’t just do nothing when I saw so many people hurting.  Hui claims that I am doing something that supports Qanon.  I don’t even know what that means.  How does someone support Qanon?” Long said.

Hui had contacted Long, and two other associates of hers from a signal group where the activists discuss details of their activism. None of them were aware of how Hui had gotten their number or the details of their private Signal chats.

Hui had been very aggressive in contacting the three activists out of the blue, according to Long, who never did speak to Hui.

When I was altered by the group about Hui’s demanding emails, out of the blue, I contacted Hui to ask him if he intended to smear the activists as Qanon supporters and asked him if he could define who and what a Qanon supporter is, and if he was worried about setting up a fake narrative that could harm the parents.

“Because of the links between the Bonds for the Win initiative and website and some QAnon efforts, it’s a natural question to ask people if they endorse those associations,” Hui wrote in response.

“What are the associations? Can you name them? How are these concepts connected, as in specific events?” I asked Hui.

“You can read the article for yourself to see the associations,” Hui responded.

That is confusing, so Hui went ahead and claimed that the activists were associated with Qanon, without any input from them.

And Hui used Katie Long as his featured photo- in a powerful Maoist way to cause the most humiliation to her and to punish her and her family and associates.

And it gets worse.

Nowhere in the article does Hui explain what a “Qanon supporter” does or how anyone supported “Qanon”. It is just out there, with no way to dispute the claim because it is not defined at all.

It is just whatever Hui says it is- right?

This is Fake News and the News and Observer should be ashamed of themselves, but then again perhaps they need the clicks since so few people read them:

A new strategy is being used to try to end school mask mandates. It has QAnon ties. School boards across the US, incl. Wake County, have been warned surety bond claims will be filed if they don't drop mask requirements. #wcpss #nced #ncpol #coronavirus https://t.co/2ECIkkl9gu

And now, when we look back on history and wonder how the Nazis killed so many people and how the Communists killed so many people- why did people go along with that?  We will remember that even in America, human nature can be very dark and sinister in some soulless people – who go against their fellow humans and show a total lack of empathy.