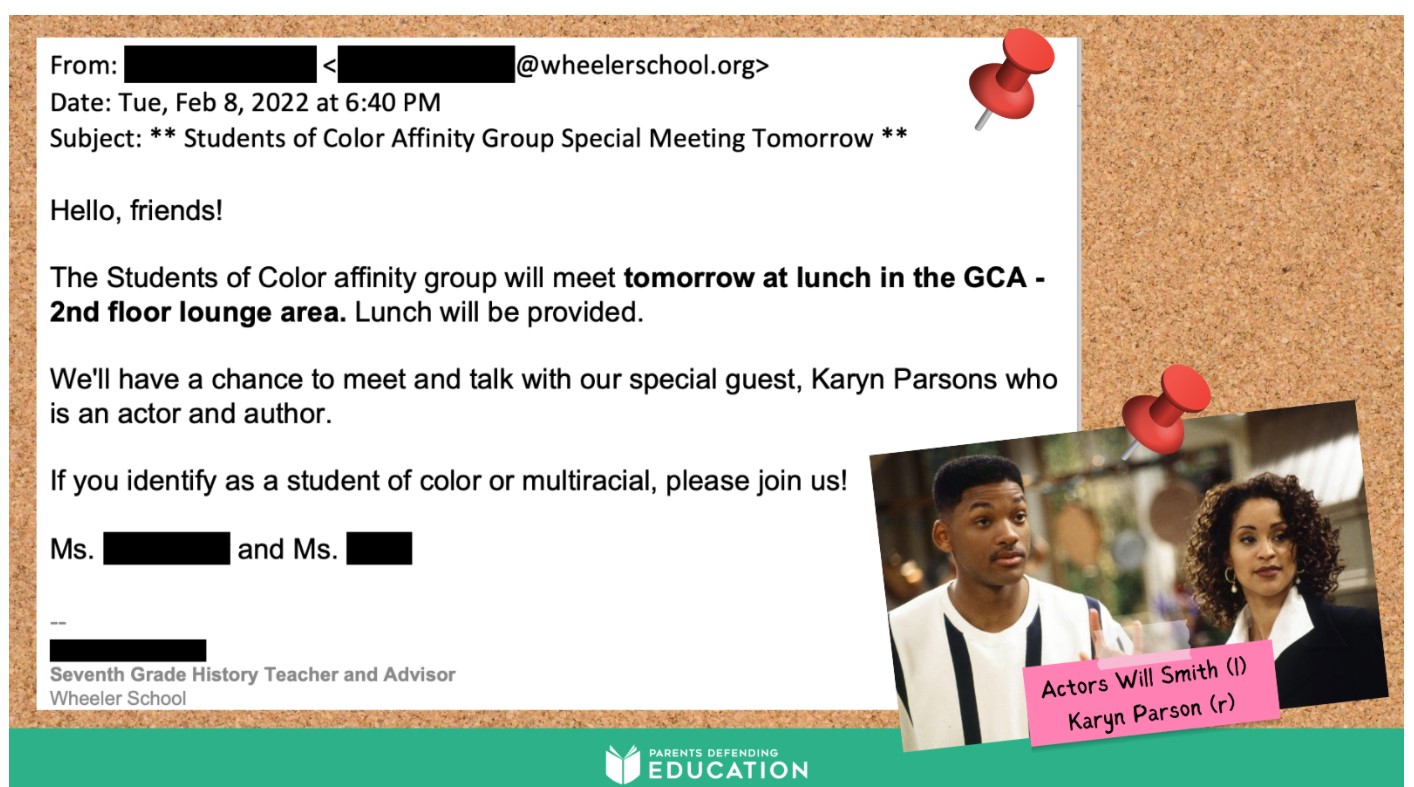 A former Math teacher exposed radical far-left activism of some Black Democrats who are pushing for open racism against anyone they have determined is not a  Black or indigenous Person Of Color,(BIPOC) person, even going as far to advertise that their institution is denying opportunities to people if they are considered to be “White”.

Of course, the left doesn’t set a framework of if Tan, Beige and Brown people are Black, or what people need to be indigenous to-and they don’t explain why they don’t recognize White as a color, and they never explain who they believe are “White”,  but in general when the left says “BIPOC” it means special people are allowed to be racist and discriminate against anyone who has any European ancestry,  who isn’t from a tribal ethnic group or from Africa.

“Yes, it’s a thing: according to this teacher training, “It’s necessary for BIPOC students to have space away from ‘white gaze’ “, and “it’s absolutely OK to give black & brown children something that you’re not giving white children, bc the white children are fine.” #ExposeNAIS,”  Paul Rossi wrote in response to a story about blatant racism- adding a video clip of a Black woman explaining the justification she feels that gives her an excuse to be a racist and to abuse people she has deemed are White school children.

“What amazes me is the obliviousness to the effect of all this on the very students she wants to do right by. No awareness of the implicit message sent to other students and the resentment, contempt, and dependence it will breed,” Rossi wrote, adding a video of a Black woman talking about a concept called ‘Friendsgiving’.

What started Rossi’s thread was a story about a school that purposefully designed a social event with a celebrity, and advertised that the school event was not for White Students.

And that is ok to the left- check this out:

“Wheeler School is not new to sorting and separating students by race but this past week was the first time parents can remember students being excluded from hearing a guest speaker based on their skin color.

In a Feb. 7, 2022 all students in grades 6, 7 and 8 received an email about actor and author Karyn Parsons coming to meet and talk with students of color. The email explicitly stated that only those who “identify as a student of color or multiracial” could join,” Defending Ed wrote exposing a Rhode Island school-sponsored event that promoted racism against anyone who wasn’t a “person of color”.

No.  The left says they need to burn America down, reduced us to our most basic parts and rebuild a more equitable society of fairness- and sameness.  But that is a complete lie told to make opposition to them softer.

The movement of “Person of Color” is an African Supremacist movement- and it is time to end it, because it is not what America is about.

“The phrase “people of color” itself predates the “women of color” etymology that Ross laid out in her video. In the 1960s and ’70s, says miles-hercules, “groups like the Black Panther Party for Self Defense and the Brown Berets came together in solidarity as people of color, which was a new instantiation of the idea of people having color.” The new solidarity term used person-first language, as opposed to the idea of “colored people,” meaning Black people, that emerged in the late 19th century.

But over time, miles-hercules says, the term “people of color” lost its political force. “It then became a way to just kind of group all nonwhite people together in ways that weren’t necessarily productive,” they say. “In my own work as a linguist, and from my own perspective as a linguist, I see this as an erasure, which I consider a linguistic violence.”