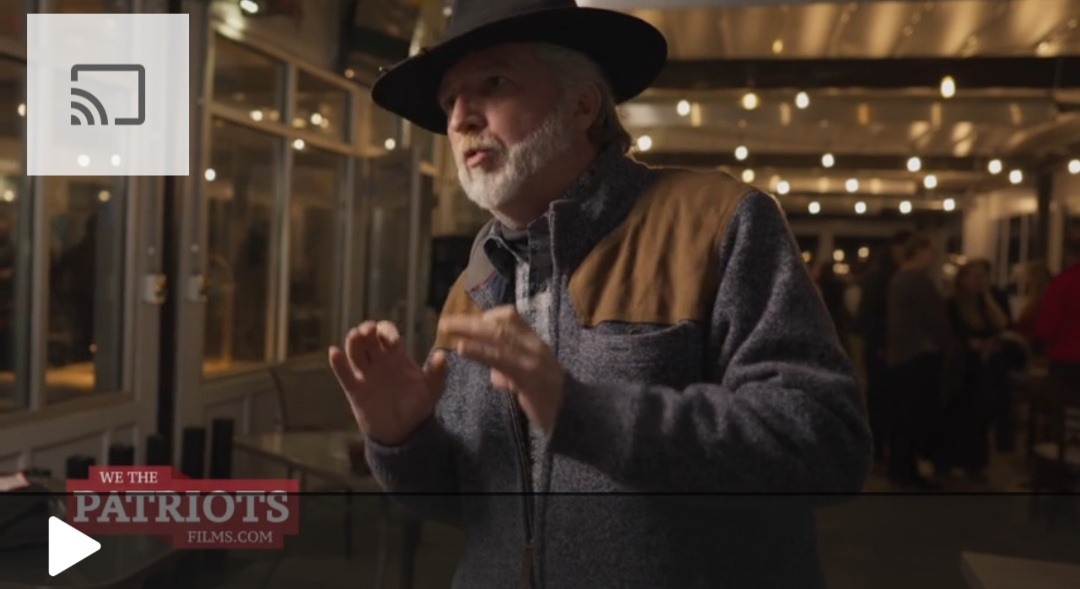 A new documentary is expected out soon that will show the reactions and hear about the experiences of people who participated in events around DC on Januarys 6th, a date that will live on in infamy.

The footage below is from the documentary and shows a man who describes his experience at the US Capitol in Washington DC on Jan. 6th, 2020, while he spent “about 6 hours” with a group of other patriots gathered on the Capitol grounds. He said he did not enter the building but he did participate in conversation and fellowship with what he estimates were about “one million of his closest friends”.

His powerful feelings were recorded by documentary filmmakers for the We the Patriots Film and posted on Rumble on Monday.

HIS EXPERIENCE ON JANURARY 6TH IN DC

“The energy was like other Trump events; it was very positive and friendly. No one was depressed or ranting and raving. People talked about it, but we were there to do our job, to ask Congress to do their job, and that is my right as a US citizen. I think there were one Million to one and a half million people were there. There may have been a few hundred in the crowd of one Million who exceeded their authority,” he said.

The man describes the frustration over watching cities in violent revolution during the summer and noting the lack of concern over what happened in DC with Antifa.

“During one of the summer Antifa events, the President of the United States had to be removed to a bunker by the secret service, and yet the media was not overly concerned about that, and the Mayor of the District of Columbia was upset that the National Guard had to be present and we were told that the President was manipulating the situation for political advantage,” he said.

“But that is what happened on Jan 6th, and that is what the Congresses manipulated the situation for their purpose. The Democrats and the RINOS, the ones who won’t stand…” he said.

“I do not ask for the special treatment; I ask for equal treatment. I watched the summer Bloc parties, including Virginia walking down the main street. We did not do what BLM did last summer. We were there to make our voices heard,” he said.

Watch what he says about the US government and his patriotic response to the events on Jan. 6th.