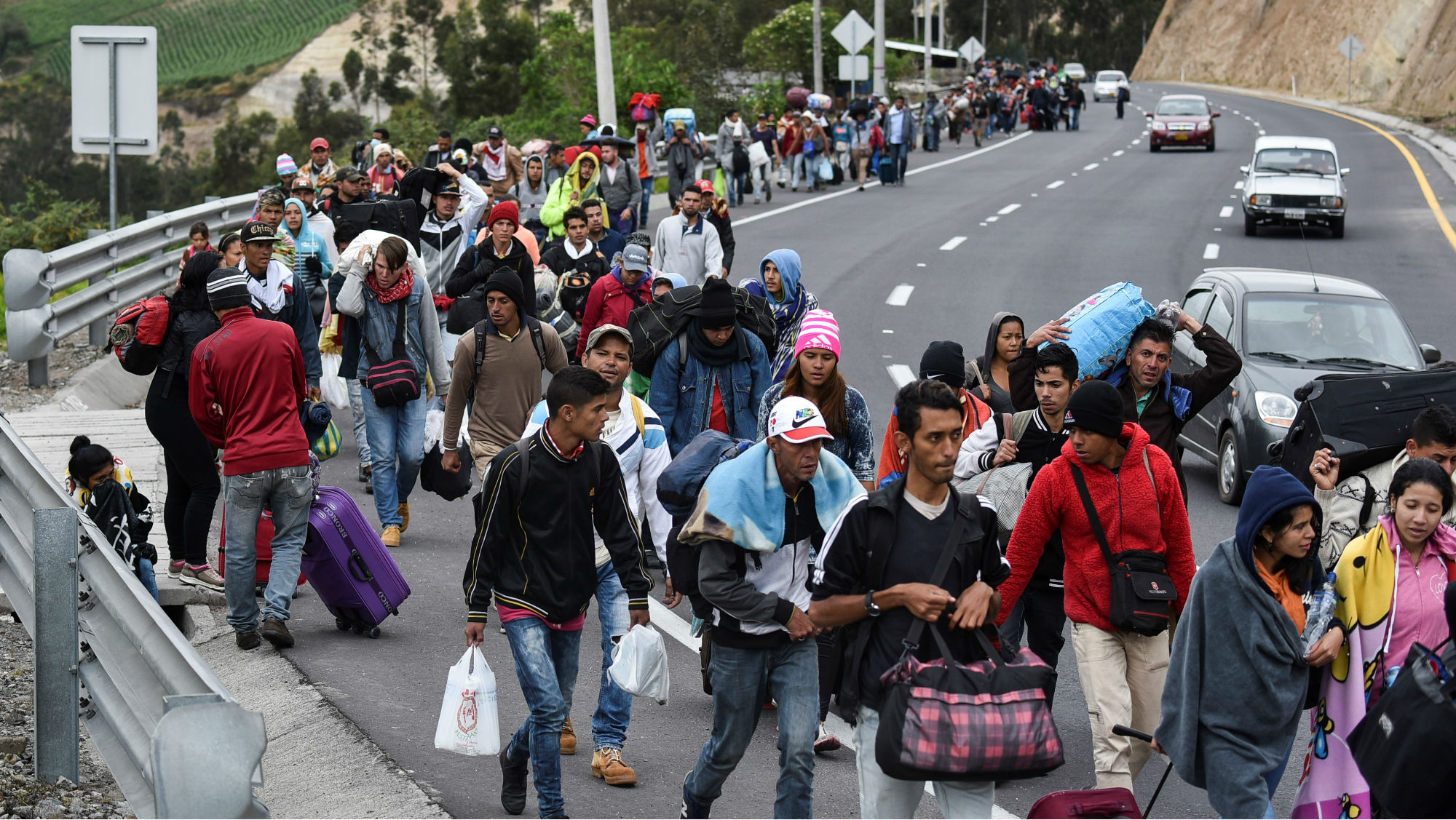 Americans are paying the price for the poor decision of the socialist third world, who destroyed their citizenry with bad and damaging economic choices that enriched the elite and destroyed everyone else.

“Governments globally are coming under immense pressure to cushion the blow of surging food and fuel prices. In Latin America, the response risks igniting a tinderbox.

From Mexico to Brazil, persistently high inflation is widening the gap between rich and poor in what is already the world’s most unequal region. It’s stoking political upheaval that could be a foretaste of what lies ahead as policymakers the world over struggle to meet needs,” Bloomberg reported.

And for some reason Americans have been designated to be the world’s keeper.

So now Americans are seeing that the world that was abused by socialism and Communism is coming to our country for relief-all while the Democrats push us into those very same policies to destroy us.

It is madness- and all we can do- is watch. Here is what we know:

Most Migrants Crossing Into the US Are Now From Remote Countries

According to Bloomberg news:

Undocumented crossings at the US southern border have long been dominated by people from Mexico and Central America — but for the first time since at least the turn of the century, migrants from other nations made up the majority of those stopped by authorities.

Most of these other migrants are from farther-flung countries within Latin America, like Venezuela and Colombia, a sign of how post-pandemic economic pain is being felt throughout just about every corner of that region.

A stark example of this broader Latin American migration is that both Brazilian and Venezuelan encounters at the US-Mexico border shot up 43% and 92%, respectively, since June. Their numbers had dropped significantly earlier this year after Mexico issued visa requirements for travelers from both countries, only to rebound as they found ways around those restrictions.

“People are feeling the heat. Prices are still very high and are not making it easy to get by,” said Eduardo Siqueira, a professor of public health and environment at the University of Massachusetts-Boston. The current wave of Brazilian migration trend involves different strata of society, not just the poor, he said: “It seems to be from top to bottom.”

But the migration from Mexico still goes according the customs and border patrol:

On September 23 at the checkpoint on U.S. Highway 83, Laredo West Station agents took into custody four undocumented individuals from a black pickup truck that had approached the primary inspection lane. During an immigration inspection of the driver, agents discovered the individuals underneath several bags and concealed in the back seat. Later that evening, Border Patrol agents intercepted a silver SUV at Mile Marker 33 on I-35 with 10 undocumented individuals inside. The driver and passengers had attempted to abscond after coming to a stop, but were quickly apprehended by agents.

The last incident occurred on September 25, when agents conducted a vehicle stop of a black SUV on the east access road near Mile Marker 32. The stop resulted in the apprehension of eight undocumented individuals. Less than 30 minutes later,  agents also apprehended three undocumented individuals at a ranch gate near U.S. Highway 83. The driver of a red SUV had stopped at the gate and had planned to break open the lock to enter the ranch.

A total of 46 undocumented individuals from the countries of Guatemala, Honduras, and Mexico taken to custody to be processed.