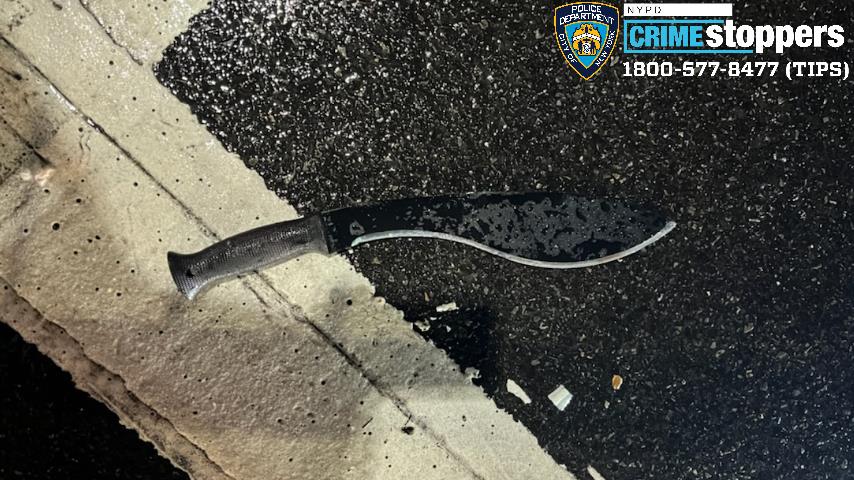 As reported by Frontline America, Saturday Night, 19-Year-old Trevor Bickford was shot in the shoulder and taken into custody immediately after attacking a number of police officers with a 14″ machete as they were patrolling an area outside of the barricaded area for audiences of New Year’s Eve celebration in Times Square.

Bickford had already been suspected of having ties to Islam or Jihad.

The suspect taken into custody for the stabbing of two New York City police officers may have ties to Islamic extremism.

Investigators are looking into whether the attacker, identified as Trevor Bickford of Maine, was a radical due to his recent activity online, police sources reportedly told the New York Post. Bickford, 19, is accused of slashing two officers at a security checkpoint near Times Square on New Year’s Eve.

A high-level police source also tells Fox News Digital that Bickford was being watched by the FBI’s counterterrorism task force in the weeks leading up to Saturday’s attack. The source also said Bickford recently converted to Islam and a tipster claimed he had expressed interest in going to Afghanistan.

The first cop, a rookie on his first night of policing, was slashed in the head, prompting another nearby officer to shoot Bickford. That officer was also struck, but he was not seriously injured. The first officer, identified by authorities only as Paul, is expected to recover.

“I want to be clear that the FBI, through the Joint Terrorism Task Force, is working very closely with [NYPD] to determine the nature of this attack,” the FBI’s Michael Driscoll said at a Sunday morning news conference. “And we will run every lead to ground. I also want to be very clear, as you’ve heard said tonight previously, this is very much an ongoing investigation so our ability to talk about specifics is limited.”

NYC Mayor Eric Adams praised the response of the officers in Sunday morning’s press conference. He added that all officers involved were in stable condition and are expected to recover.

“And as we do a preliminary review of the body cam video, we see how well these officers executed the plan that was put in place by the New York City Police Department in ensuring we protect those who came here to bring in a new year,” he told reporters.

Adams and other officials are expected to deliver further updates at a press conference later Sunday.