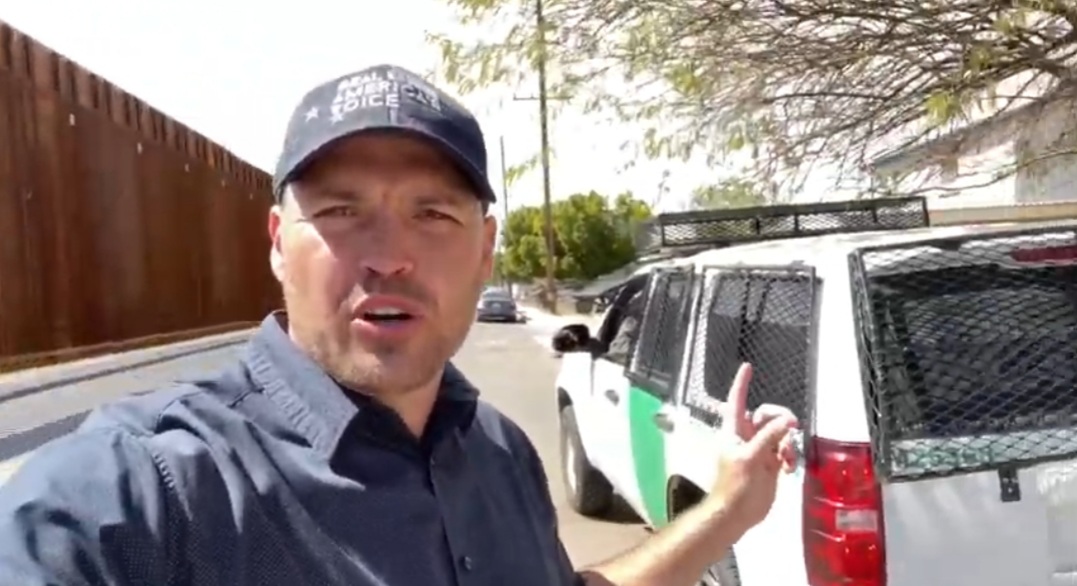 Ben Bergquam, a reporter for Real America’s Voice and founder of Frontline America, has spent time in the Southern Border bringing media outlets fist hand, investigative reports from what is being called a massive humanitarian crisis by lawmakers, citizens, and politicians on both sides of President Donald J. Trump’s border security wall.

The wall that began under Trump’s administration and was nearly complete, and now is under a work stoppage order by Democrat Joe Biden, who insists his messaging to criminal elements from around the world that the US Border is open to them is not really what is happening.

Biden has been on the defensive this week, as reports of unaccompanied children being used to help people cross the border, in good part thanks to fist hand accounting, like Ben’s showing the truth to the American people.

“People have to see this to understand,” Bergquam said.

In the following video, Bergquam shows what is known as the “War Patrol”, of the border patrol, and explains the importance of its use in apprehending people who cross on foot, as well as people who are being abused by the drug cartels of Mexico who have strong sway over the migrants and criminals who are trying to cross the southern border.