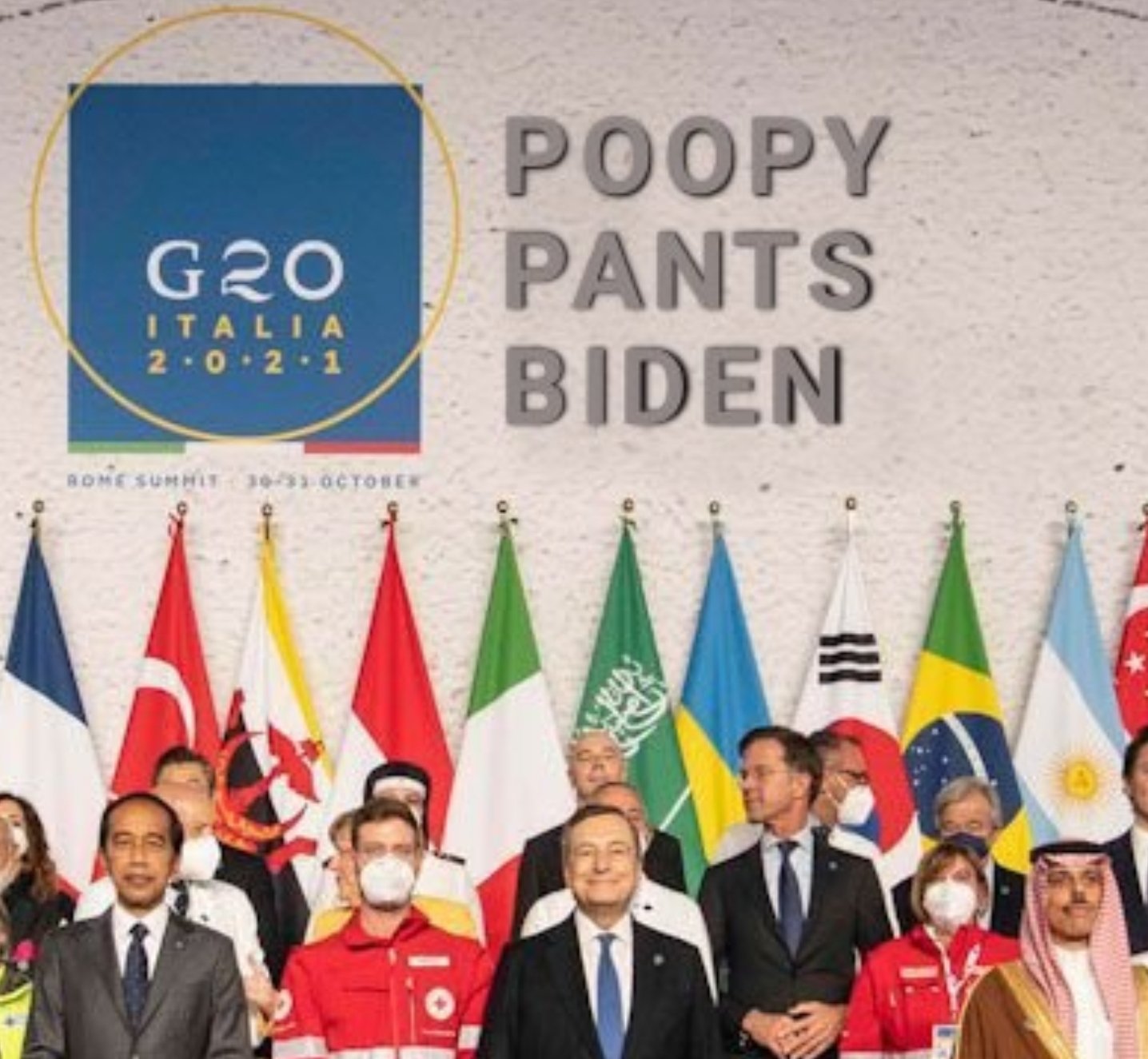 On Sunday, a trending hashtag on Twitter is ‘Poopypants Biden’, and watching this story unfold about far more than the wicked meme-festival America is having at the Democrat’s expense.  Seeing the horrible, no good- very bad- PR disaster for the Democrats play out- begs the question- where are the fact-checkers to save them?

This is where the hashtag started:

Mid-day on Saturday, there were persistent rumors on social media that Democrat Joe Biden had defecated in his pants during a meeting with the Pope in Rome.  Typically when anything negative about the left takes a head of steam and starts proliferating, a quick response team of professional propagandists at Reuters and other media outlets will create a “fact checking’ campaign- which gives Big Tech permission to censor posters who are participating and squelch all momentum of the truth.

So it is noteworthy that the fact-checkers have so far been very quiet on this, and it is almost 24 hours old.

By late Saturday night, a poster known as ‘Cat Turd’ had made the phrase go viral, and for hours the hashtag was trending without any formal fact-checkers coming to Biden’s aid to stop it.

Biden is a part of a collection of the world’s most dangerous control freaks who are unilaterally meeting to decide how the rest of the world will live out our lives and what resources we will have access to using for our families.

SkyNews reported (and Twitter promoted) the following point of view on the G20 Summit:

“US President Joe Biden, UK Prime Minister Boris Johnson, German Chancellor Angela Merkel, Canadian Prime Minister Justin Trudeau and Indian Prime Minister Narendra Modi are some of the world leaders attending the summit. Here’s the latest. On Saturday, the global leaders came out in support of a 15% global minimum tax, says CNN, and Biden met with some of Europe’s leaders to discuss what’s next in negotiations with Iran, according to The Associated Press. The leaders are also expected to touch on other pressing global issues, including climate change and the COVID-19 pandemic.”

Political watchers noticed that Biden was standing as far removed from the others at the official events as he could get.  And fact-checkers were quiet on the ensuing mockery:

The contrast of Biden meekly hiding at the edge of the stage, and President Donald J. Trump standing in the middle of the stage for the same photo, with the same people, is shocking.

2 Rule: (See Rule #1)  The Left relies on Projection for news and humor, which isn’t ironic or funny or intelligent.

3 Rule: Remember the left is forevermore busted because of Poopgate- Projection is the process of displacing one’s feelings onto a different person, animal, or object. The term is most commonly used to describe defensive Projection—attributing one’s own unacceptable urges to another and is a sign of mental illness.

Leftists have passed a photoshopped image around for years. They pop it like Xanax- as a defense mechanism- when their political gods on the left slip up.

So they created this mess they are in now…

The truth is that something extraordinary happened at the G20 Summit, and there is little accurate information by real journalists on what is going on, so we have to piece it together:

And we know that Biden’s twisted sense of humor about his body functions or failing body functions is something he sees as material to project about for the US Media and public.

Remember when he thought this was funny?

The left has no one to blame but themselves for this nasty mess.  They created a terrible meme about President Donald Trump, who never defecated in his pants, and spread it all over social media to mock a beloved President.

Now Biden has made a mess- and the memes write themselves.

Biden’s PR people should care how Biden, the most ‘popular president in the history of the world’, is trending on Twitter, where the ‘little people’ are, unmonitored and having a great joke at his expense. And it is something that the quick response and clean-up crew will not be able to fix.