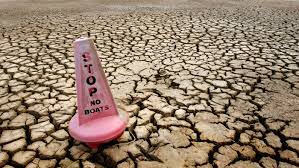 The Biden administration is even so dedicated to Climate hoxes; he is planning on engaging the military-industrial complex to fight the weather change. So the government obviously plans to grow the power of climate hoaxes to keep themselves in power and cash. Check this out:

From a recent email from Project Veritas about the above video:

Remember the CNN Director, Charlie Chester? The guy who said that CNN was moving on from its COVID coverage to instill fear about Climate Change?

Charlie Chester, CNN: Pandemic-like story that we’ll beat to death, but that one’s got longevity. You know what I mean? Like there’s a definitive ending to the pandemic. It’ll taper off to a point that it’s not a problem anymore. Climate Change can take years, so they’ll [CNN] probably be able to milk that quite a bit.

Charlie Chester, CNN: Be prepared, it’s coming. Climate Change is going to be the next COVID thing for CNN. We are going to hone in on it.

The elites’ agenda on Climate Change is a large contributing factor for our current economic problems.

You may ask, if the elites want us to fear Climate Change, what do the elites fear?

Exposure is what they fear — more than anything else.

Therefore, Project Veritas is committing — right here and right now — to deploy a LEGION of undercover journalists to Washington D.C. to investigate them all.

In fact, several of our journalists are already in D.C.

Some are very close to concluding their investigations, but just need the final resources to get it done.