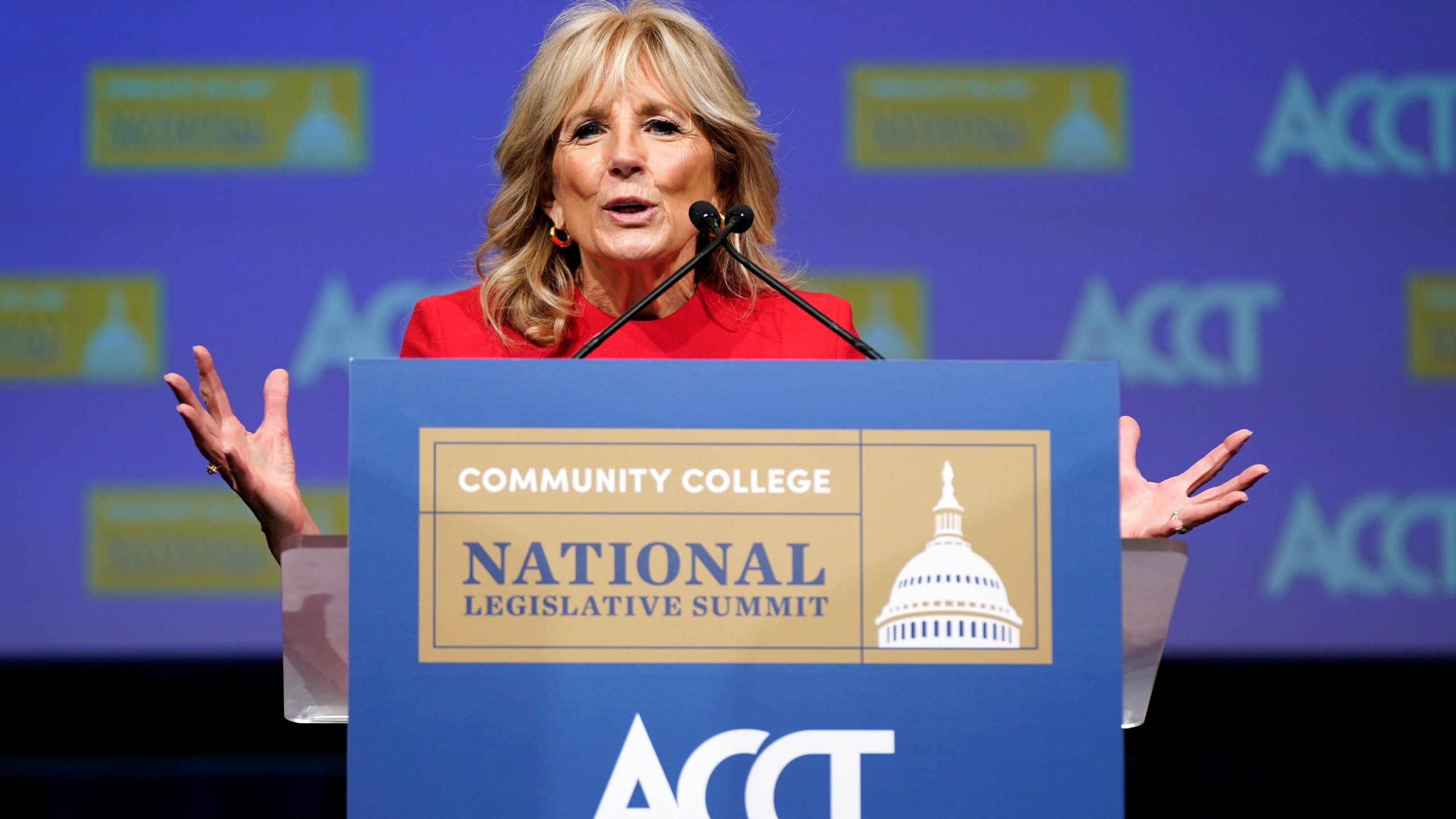 Democrats are not getting free college from Democrat Joe Biden- and Jill Biden, his wife, has admitted it- trying to make people’s hopes and dreams deescalate before the bad PR crushes Biden’s approval into the dustbin forever.

“Jill Biden confirmed that the administration won’t be able to deliver free community college to Americans, acknowledging that a major provision of President Biden’s economic agenda is off the table,” The Hill reports.

“We knew that this wasn’t going to be easy. Joe always said that. Still, like you, I was disappointed because like you, these aren’t just bills or budgets to me, to you, right? We know what they mean for real people, for our students. And it was a real lesson in human nature that some people just don’t get that,” she added.

Sort of like Lucy removing the football each time Charlie Brown gets close enough to kick it- and have his victory, Democrats, who voted for this disastrous administration to get free goodies for themselves- are denied once again.

Two years of free community college to all eligible students was part of Biden’s Build Back Better agenda and a signature initiative for the first lady, who is a longtime community college professor. Her announcement on Monday at the 2022 Community College National Legislative Summit delivers a major blow to community colleges, which originally were expected to receive $45.5 billion from Build Back Better to waive two years of tuition for students. That funding was intended to last for five years and then would decrease by 5 percent every year after that.

The truth is that Biden broke another promise.

And even the New York Times slammed Jill Biden for her disastrous choices to lie to American voters that it would ever happen.

“A plan to provide two years of free community college to all eligible students is off the table, Jill Biden will say in a speech on Monday. It will be her starkest acknowledgment yet that a measure she had championed is dead,” The NYT reported this week.

Free college is a promise to young voters that Democrats have used repeatedly, and they have never delivered on it and played political games over it.

Now suddenly that they can’t pass the massive spending bill- they are going to use “free college” as a weapon against their political opponents- that is all young people are to politicians- pawns.

“Tuition-free community college was not included in the Build Back Better framework unveiled in October, which was a pared-down version that later passed the House,” KTLA reported.

Biden used “hopeful” concerts to continue to string along with supporters that anything would change for them and keep people from supporting the radical, far-left socialist agenda.

“The first lady on Monday pointed to provisions still being negotiated in Build Back Better that could help community college students, striking a hopeful tone that some assistance is on the way. She said that high-speed internet, affordable prescription drugs, more Pell Grants, affordable child care and universal preschool are still on the table,” KTLA reported.

The best thing is to return to America First economics, so people don’t have to depend on the government for their quality of life anymore.