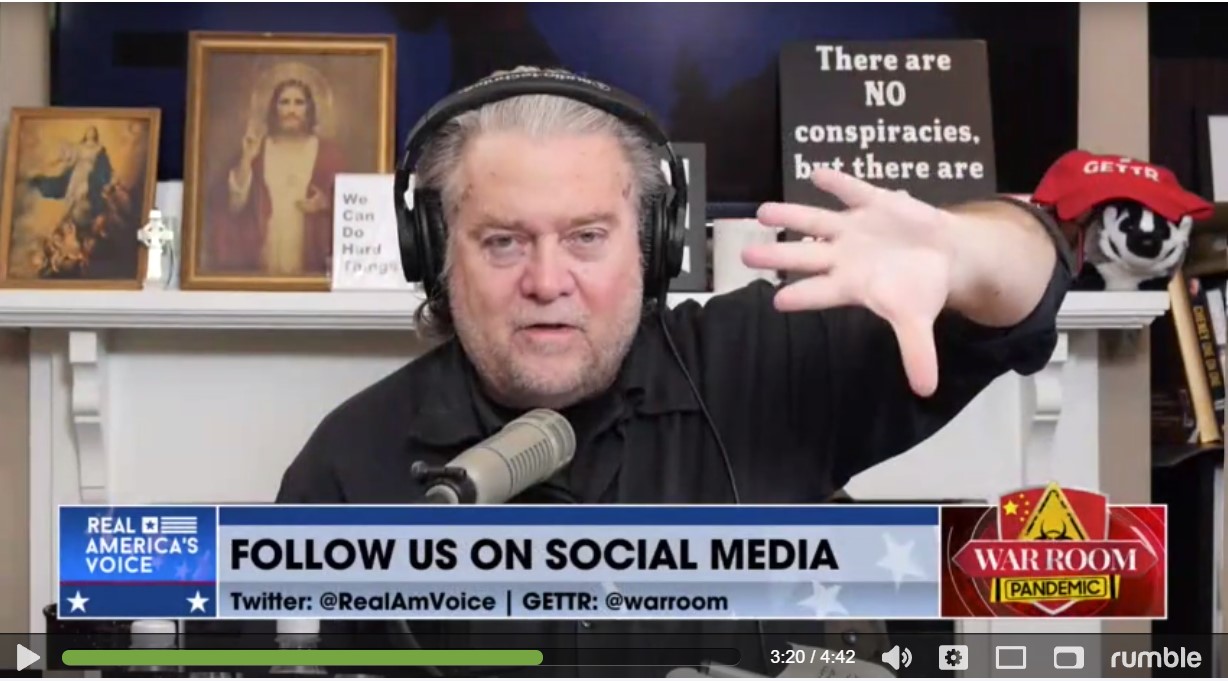 While Democrats are seeing their political strategies falling apart before their eyes and seeing their top politicians losing all appeal to voters, the right is gathering steam and getting more organized than they ever have- with their actions that are working, even by the left’s standards.

Republicans are driving people into the Republican party, and Conservatives take over with an America First agenda.

Maybe Dan Schultz and Steve Bannon are on to something about remaking the Republican party and the State GOP groups with the Precinct Committee Project, which the left fears like crazy as journalists are pointing out with great trepidation.

Now there is another indicator that the right is making progress with their plans with a report from Ezra Kline.

“This article and these posts by Ezra dovetails with taking over the elections and the party apparatus, to participate with eyeballs and being in the room to make sure the election process is going to be run according to the law.  You can do this work as a volunteer or even a paid person.  Sometimes the party gets to elect election judes- we have got to be in the room – and we the people have to volunteer,” Schultz said about his precinct strategy.

Bannon says that Schultz is the mastermind behind the strategy. Dan’s website is: PrecinctStrategy.com

“Dan with his website and work are getting people engaged with at school board levels and with elections and in the party,” Steve Bannon, political icon, former White House strategist and advisor to President Donald J. Trump, who is a former top executive of Breitbart News and currently the host of the popular War Room podcast.

The following clip is from Dan’s appearance on the War Room on Monday, after a New York Times article about the work Schultz and Bannon are doing has gone mainstream.

“It reminds me of the old line about war: Amateurs talk strategy; professionals talk logistics. Right now, Trumpists are talking logistics,” Kline wrote about Schutlz’s and Bannon’s focus on the Precinct Project.

Showing what he fears the most- an energized based who are determined to vote, Kline wrote:

“These local races that determine the mechanics of American democracy are the ventilation shaft in the Republican death star. These races get zero national attention. They hardly get local attention. Turnout is often lower than 20%.”

AND WHAT IF REPUBLICANS SHOW UP?

“If I could convince everyone who follows politics of only one thing, it’d be this, from@GabriellaCKelly: “One thing I was really struck by when I first started getting involved in politics is how much power there is in just showing up to things.” Kline wrote hinting at one of the greatest obstacles for the left to overcome- an engaged Republican movement.

And hinting that Kilne knows the right’s secret strategy- to get people to the polls to vote for their candidates, and into position to run the Republican Party- and into elected office- Kline posted a link for everyone to use- to find something to do before the 2022 midterms.

“And did you know @runforsomething has a tool that will let you see every office you can run for in your district? So much power pools in elected offices virtually no one even knows exist. You should take a look at it,” he wrote.

And if Republicans show up to get the job done, America will rid itself of the leftist problems they have at schools, with COVID and in elections.

That could be the real “Great Reset”