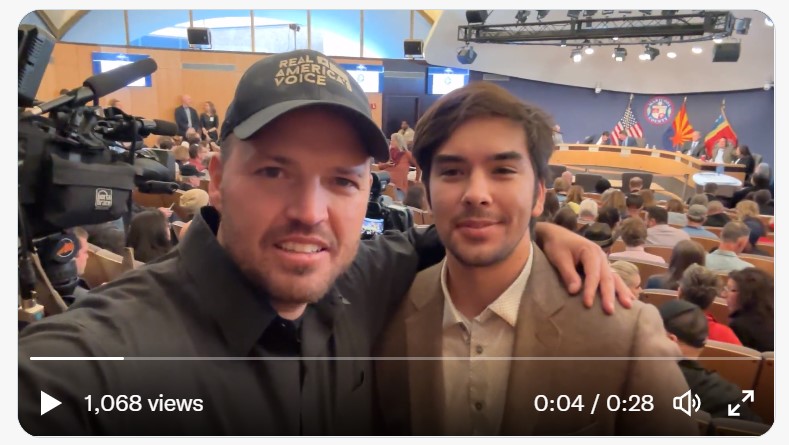 Ben Bergquam, an investigative journalist from Real America’s Voice, reported live from the certification ceremony in troubled Maricopa Co. AZ. Bergquam appeared with Gateway Pundit reporter Jordan Conradson to show their viewers a full room of people who were ready to protest the certification.

“Hey guys, we’re here in Maricopa County live. Finally, they let us inside the building. They wouldn’t let us in the election building remember? We are at the Board of Supervisors who are expected to certify- not the election today, but certify, their own fraud. The house is packed. There’s full capacity in here of patriots who want a revote or nothing. That’s what I said; stay tuned.”

Bergquam and Conradson following the story, after being censored and turned away in the past:

Live in Maricopa County with @ConradsonJordan of the Gateway Pundit as the Board of Supervisors is expected to certify their fraud! Stay tuned to War Room with Steve Bannon only on @RealAmVoice for updates.https://t.co/yoCoQPDp6t pic.twitter.com/ar2EHhiPVf

For more on how Bergquam and Conradson have been treated by election officials: