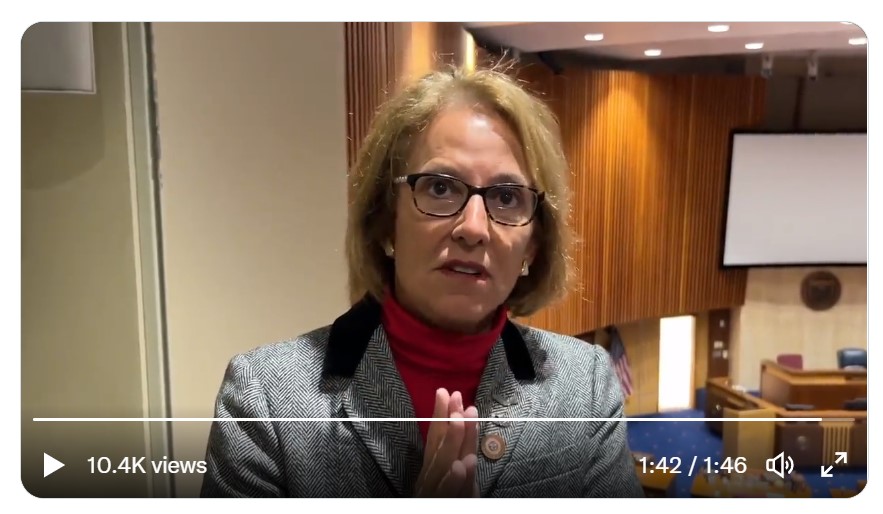 Everyone knows that the left owns the media, and they are highly biased against the America First movement and against Conservatives and Independents in general. News coverage from the mainstream media is full of corporate messaging to help their political friends- and Independent investigative reporters like Real America’s Voice and the founder of Frontline America- Ben Bergquam- have often pushed around, ignored, and de-platformed for bringing Americans real information.

Bergquam, the host of Law and Border, has definitely been pushed around during his coverage of the elections in Arizona and over his coverage in the Maricopa Co. tabulation center, and you know he isn’t going to be invited to any awards programs with the corporate-lapdog media types for what he has brought forth to the American people.

So it is a big deal when someone gives him a big shout-out for his work, like Lt. Col Wendy Rogers, who just won her re-election by 25% of the vote did recently from her Twitter account:

Thank you @BenBergquam tireless pursuer of Truth:
“American patriot AZ Senator @WendyRogersAZ on failed attacks against her & truth about election fraud designed to steal election from @KariLake & voters of Arizona. Arizonans must fight to save this country!” @RealAmVoice pic.twitter.com/EoHIx8ThAL

Bergquam was interviewing Rogers about her huge victory in getting back to the AZ Senate when she told him about her inspiration for winning:

“They Really tried to take you down,” Bergquam said to Rogers.

” Yeah, freedom of speech is really what the subject was about. I think, in a way, though, that was a turning point in a watershed situation where I was able to voice the all-important First Amendment and a lot of people respected that Resolute spine. That I was by the Holy Spirit able to exert and I’m stronger for it. I was re-elected by over 25%. So I tell my constituents I don’t work for the Senate President. I don’t work for the governor. I don’t work for my colleagues. Obviously, I work for you and you,” Rogers said adding:

And that’s my charge. And my obligation to fulfill, we serve a higher calling. And I’ve been, of course, in the front row and all the recent Kari Lake events. She can still win this. She has really won. There are so many conflicts of interest. You have Katie Hobbs’s involvement, and that just smells to high heaven. Our Hope had been to overwhelm them, and when we won, we would fix and correct the fraud. And, of course, they were then onto us and mucked it up for election day voting, so we still can win this.”

Here is some more about Bergquam’s adventures in AZ following the elections there: