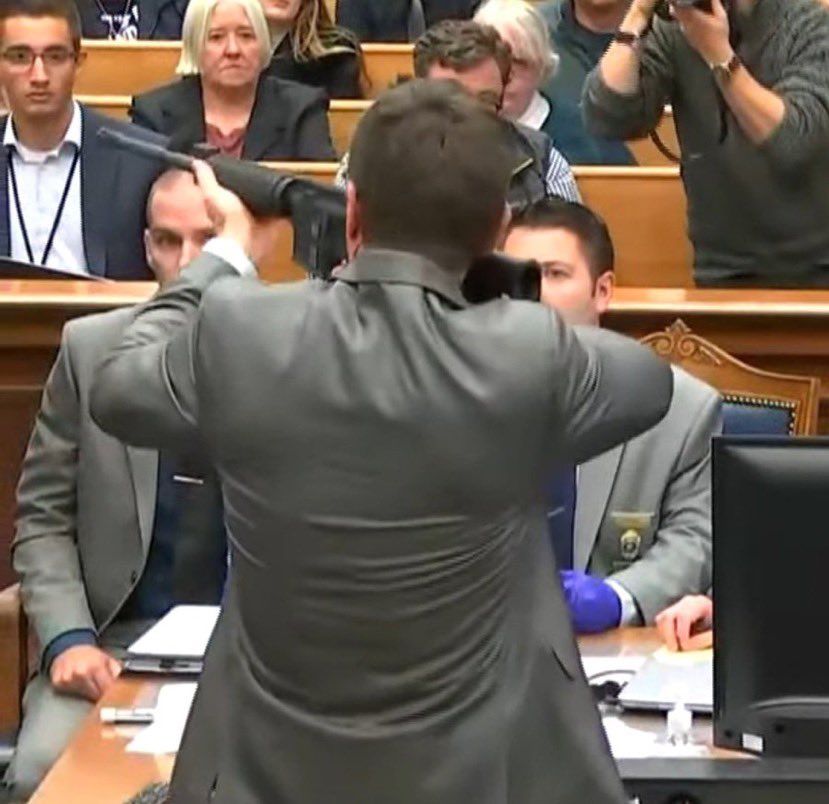 If the Prosecutor in the Rittenhouse trial hasn’t gone insane, then I would love to hear the explanation for why the Prosecutor aimed a riffle at the Jury in the case, with his finger clearly on the trigger of the gun, complete with a darkly menacing look on his face.

This is the second high-profile leftist aiming a gun at innocent people, with his finger on the trigger, with the bolt closed, proving how reckless the left is with handling firearms and weapons. The first thing everyone learns about gun safety is not to put their finger on the trigger, and not to aim a gun at anything they don’t want to kill. Here is more of the left’s twisted logic.

CAN’T HAVE SELF-DEFENSE WHEN YOU HAVE THE GUN?

That from the same man who points a gun at the Jury. This appears to be a brazen violent threat.

“Kenosha DA pointed a gun at the jury with his finger on the trigger,” Matt Walsh reported on Monday.

“For the Left, a lot of their analysis of the Rittenhouse case is founded on the assumption that the rioters had the moral right to destroy property as they pleased and anyone who tried to prevent them from doing so was infringing on those rights,” Walsh reported.

They also believe they have the right to say who gets to aim guns at whom.  Walsh pointed out that the whole case is, of course

CNN reported on the hearing on Monday:

“Kyle Rittenhouse provoked bloodshed on the streets of Kenosha by bringing a semi-automatic rifle to a protest and menacing others, and when the shooting stopped, he walked off like a “hero in a Western,” a prosecutor said in closing arguments Monday at Rittenhouse’s murder trial.

But Rittenhouse’s attorney countered that the shooting started after the young man was ambushed by a “crazy person” that night and became afraid his gun was going to be wrested away and used to kill him.

Rittenhouse, then 17, killed two men and wounded a third during a tumultuous night of protests against racial injustice in the summer of 2020, a case that has stirred bitter debate in the U.S. over guns, vigilantism and law and order.

Rittenhouse said he went to Kenosha from his home in Antioch, Illinois, to protect property from rioters in the days after a Black man, Jacob Blake, was shot by a white Kenosha police officer. Rittenhouse, a former police youth cadet, is white, as were those he shot.

“This is the provocation. This is what starts this incident,” the Prosecutor declared.

Rittenhouse, now 18, faces a mandatory sentence of life in prison if convicted of the most serious charge against him, first-degree intentional homicide, which is Wisconsin’s top murder charge.

Binger zeroed in on the killing of 36-year-old Joseph Rosenbaum, who was the first man gunned down that night and whose shooting set in motion the ones that followed. The Prosecutor repeatedly called it murder, saying it was unjustified.