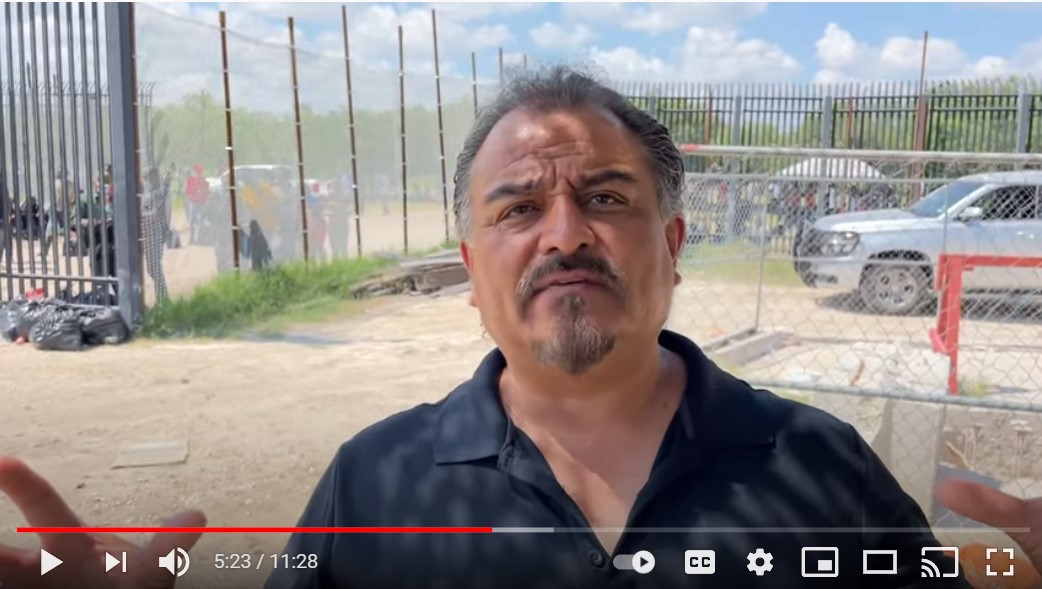 Ben Bergquam had an exclusive interview with a former military veteran and former border patrol agent. They spelled out the problem with Democrat Joe Biden’s border crisis, with blunt and graphic truth. His story is shocking to the consciousness of anyone who can hear it. But the media isn’t making it easy to find the stories, as Frank Lopez tells.

Bergquam tagged the following interview: “With Retired Border Patrol Agent Frank Lopez Jr (aka the US Border Patriot) from the Border Invasion.”

“This is a total failure of our government. It is a perversion of our American institutions because they are helping this pipeline of humans. It is a hoard of people. It is human smuggling and it is changing America,” Lopez told Berquam about the mass invasion at the southern border of the US.

“We know these people say they are searching asylum, but they don’t qualify for that,” Lopez said.

Ben Bergquam has been courageously reporting from the border, where so few reporters dare go. Motivated by a love for America and concerns for his family’s future, Ben reports for Frontline America, Real Americas Voice, and Steve Bannon’s War Room. Please follow Ben on Social Media and share this video to educate people.

Lopez points at our own government, which is “cracking down on Americans while having an insidious agenda for America and allow this invasion”.