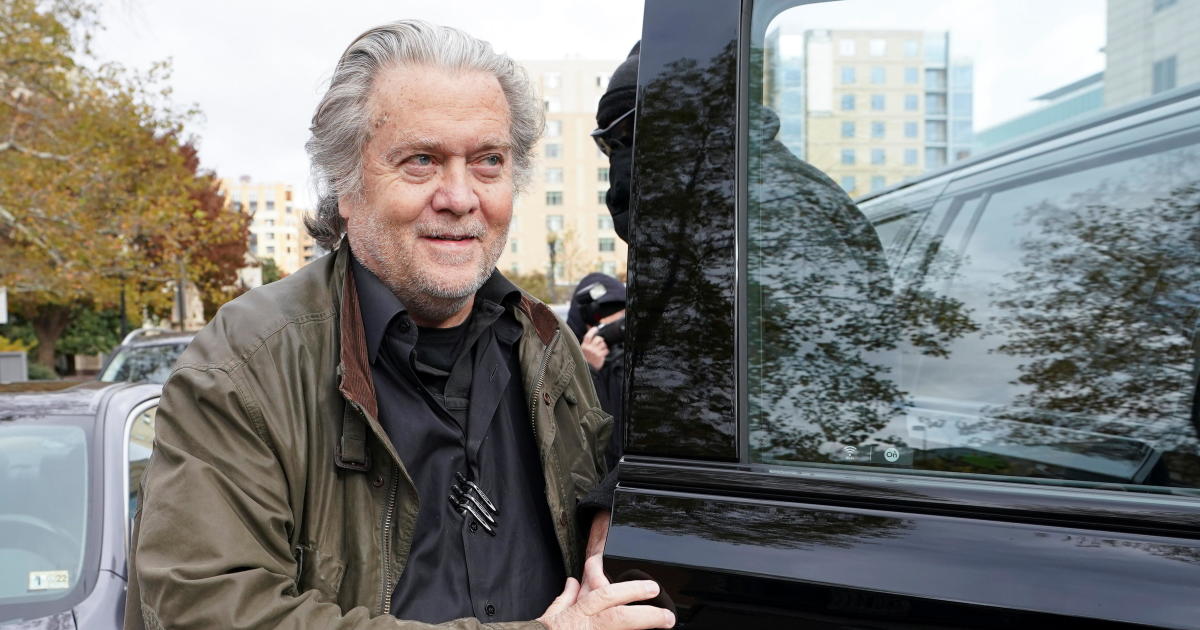 Steve Bannon’s lawyers filed a motion on Thursday to put him on offense in his dealings with Nancy Pelosi’s corrupted January 6th Commission, as is his signature move when he is dealing with corrupted power.

Bannon is turning the tables on the Democrats.

Bannon made his most significant move yet- after pleading not guilty to a Contempt of Congress charge that stemmed from blatant overreach by heady power-grabbing Democrats.  Dems in their House investigation into the events of Jan. 6th at the U.S. Capitol are clearly using their narrative of events for that day as an excuse to cover up their own involvement in the disaster.

Democrats, with their subpoena power, are simultaneously cementing their political power to squelch opponents- and their ability to use the U.S. government to openly persecute their political enemies, like Bannon.

EVERYTHING WAS JUST FINE UNTIL BANNON SHOWED UP

This was all playing out as political theater until Bannon was arrested for charges that came from the Democrat-dominated political body, one that brought us many well-documented fake hoaxes against President Donald J. Trump over the past five years.

Key Point: Bannon was arrested by a highly corrupt U.S. Attorney General, Merrick Garland, after a Democrat panel of U.S. House members found him in contempt of their highly unethical political body. There is a pattern here- they are corrupt.

Democrats must have believed that Bannon would beg for forgiveness to get himself out of trouble.  Surely Bannon has seen the way other supporters of Trump’s have been persecuted, canceled, bankrupted, and destroyed with their favorite tactic of destruction: lawfare.

The New York Times reported about the lawfare attempts to destroy Bannon:

Now we see that Bannon is not going to shrink away, and his discovery move signals that he intends to do things his own way.  He put the U.S. House on notice that they will be a sort of “public trial” for their actions- because discovery goes both ways, and he wants it all public.

The Hill reported on Bannon’s move:

Former Trump White House chief of staff Stephen Bannon is reportedly pushing for documents to be released in his court case on contempt-of-Congress charges, with lawyers indicating he wants to use them in his defense.

Bannon has moved to oppose a standard protective order for discovery instated by a district court judge, which prohibits either side in his case of releasing documents publicly, The Washington Post reported Thursday.

“Members of the public should make their own independent judgment as to whether the U.S. Department of Justice is committed to a just result based upon all the facts,” a statement on behalf of Bannon and given to the Post read, according to the newspaper.

“In the opposition filed today, Mr. Bannon asked the judge to follow the normal process and allow unfettered access to and use of the documents.”