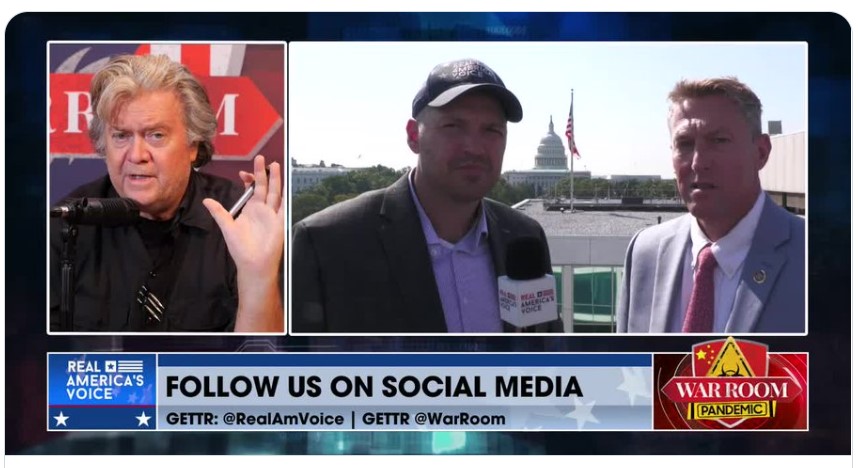 Ben Bergquam’s fearless reporting while interviewing lawmakers and activists on the US Southern Border is confirmed as being the truth, which the lapdog media is hidden away from the American people. This week Bergquam was in DC to meet with people and update the country with their stories about an obvious invasion.

Bergquam interviewed a former Border agent who slammed Democrat Kamala Harris over her lies about the border:

What we know: Democrat Joe Biden’s border policies have encouraged an invasion into our country, curiously right before historic mid-terms in November. He has been flooding the county with what many people suspect are new voters and the whole scandal involves massive chaos for American towns and communities who are focused to content with illegal invaders by the Millions.

Bergquam and Bannon also talked to a 30 year veteran on border security who talked about the strengths of President Donald J. Trump’s policies, including allowing criminals into the country, and about potentially impeaching Sec. Myorkas:

On Monday the news went viral that under Joe Biden there have been over 2 Million apprehensions at the border, making a new immigration record and of course, that number does not include the ‘gotaways’ or the people who have moved into the interior of the country- to do – gosh knows what.