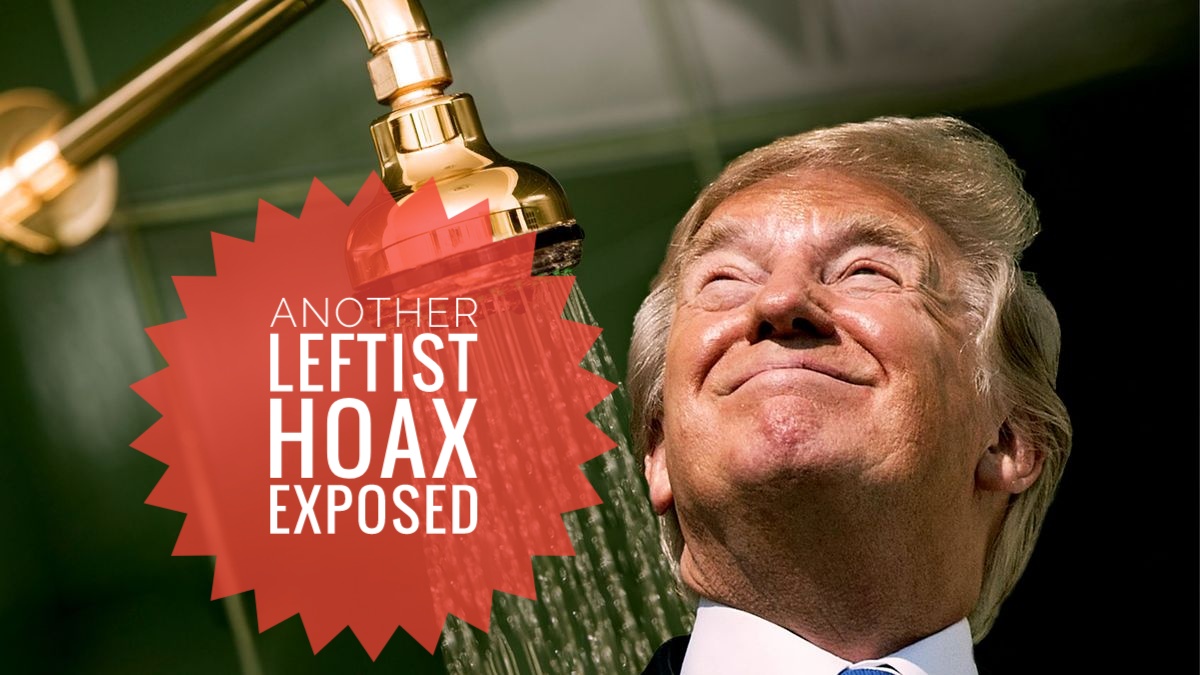 One of the most embarrassing things about the 2016 Presidential election was the lengths to which Democrats and Never Trumpers -like Senator John McCain- went to convince American voters that the obviously crazy Steele Dossier opposition research report was a set of accurate data about real things that happened.

It is still embarrassing that the socially awkward goofball leftists believed every word of the lies their political leaders told them. People who hated Trump tortured Americans with their fetish fantasies about something called a ‘Golden Shower’ that was inspired by the Dossier.   Democrats devised the most grotesque jokes and posts, and they should be humiliated because all sane people knew it was all a lie.

Now, according to a recent AP article, it is ok to admit that everyone knew the Democrats funded the lies to help a failing Hillary Clinton.  The joke is on you – leftists.

No one in their right mind, who took the time to read the Steel Dossier or the ‘Pee Pee Tapes’ as the media called it, believed it was real.

But that didn’t stop the leftist media or the Mainstream Media from using the report as an excuse to discredit Donald J. Trump as a candidate or as the President of the United States. The Pee Pee tapes was a favorite topic of the left, almost as if the story gave them permission to act out their deepest unfulfilled fantasies.

Only gullible people believed it.

Legendary are the community organizers and activists who made a cottage industry out of ‘Golden Shower’ memes; people should be humiliated to have believed one word of the left’s nonsense.

Check out the AP, who admits-now- what everyone really knew:

They reported on Thursday:

A Russian analyst who contributed to a dossier of Democratic-funded research into ties between Russia and Donald Trump was arrested Thursday on charges of lying to the FBI about his sources of information. Among them an associate of Hillary Clinton.

The case against Igor Danchenko is part of special counsel John Durham’s ongoing investigation into the origins of the FBI’s probe into whether Trump’s 2016 campaign and Russia had conspired to tip the outcome of that year’s presidential campaign.

The indictment, the third criminal case brought by Durham and the second in two months, is likely to boost complaints from Trump allies that well-connected Democrats worked behind the scenes to advance suspicions about Trump and Russia that contributed to the FBI’s election-year investigation.

The case does not undercut investigators’ findings that the Kremlin aided the Trump campaign — findings that were not based on the dossier. But it does endorse a longstanding concern about the Russia probe: that opposition research the FBI relied on was marred by unsupported, uncorroborated claims.

THE AP HOLDS ON TO A GLIMMER OF HOPE OF RUSSIA, BUT HAS TO ADMIT IT IS A LIE

The Steele Dossier was the foundation for what later became the Russia Hoax, which became Spygate, and there are people who are still suffering from government abuse- that all started with a lie.

So at this point, we have Trump exonerated over the highly publicized “Russia Hoax”, the Democrat Party outed as liars, the MSM and leftist media exposed as Fake News and Propaganda.

And the dude who wrote the foundational piece of garbage that caused people to be spied upon through a corrupt FISA court- has been arrested.

For further reading on the left’s fake news: