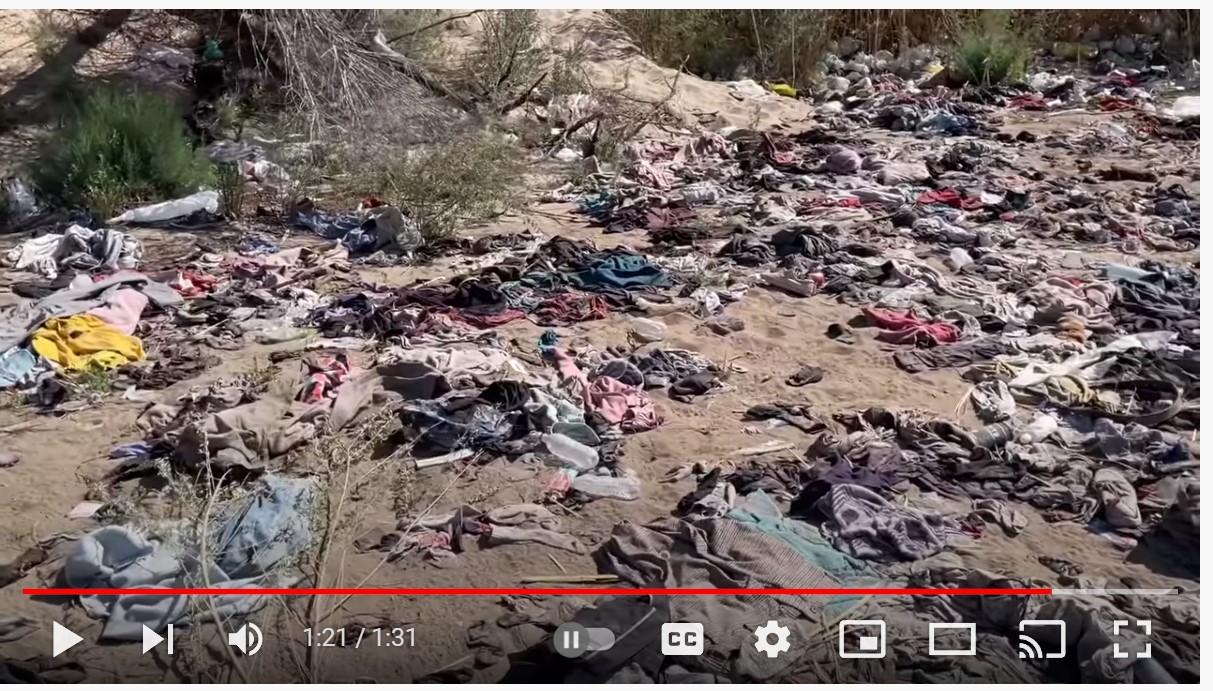 “Scene of the making of “Law & Border” – Cartel smuggling trail in Yuma, AZ. Taken just before we were detained as illegals are let in! This is Joe Biden & the open border lefts America. Pray for our country & hold the traitors accountable,” Bergquam reported.

“This is the worst I have ever see it. Border patrol doesn’t have the resources to deal with these men and so they are just walking it. You can tell the amount of people that are coming on by what they have left behind. I have never seen it this bad,” Berquam said in the video below.

“This is an environmentally protected area on the Southern Birder that has been overrun,” he said as he walked along a trail that is deep with humans debris.