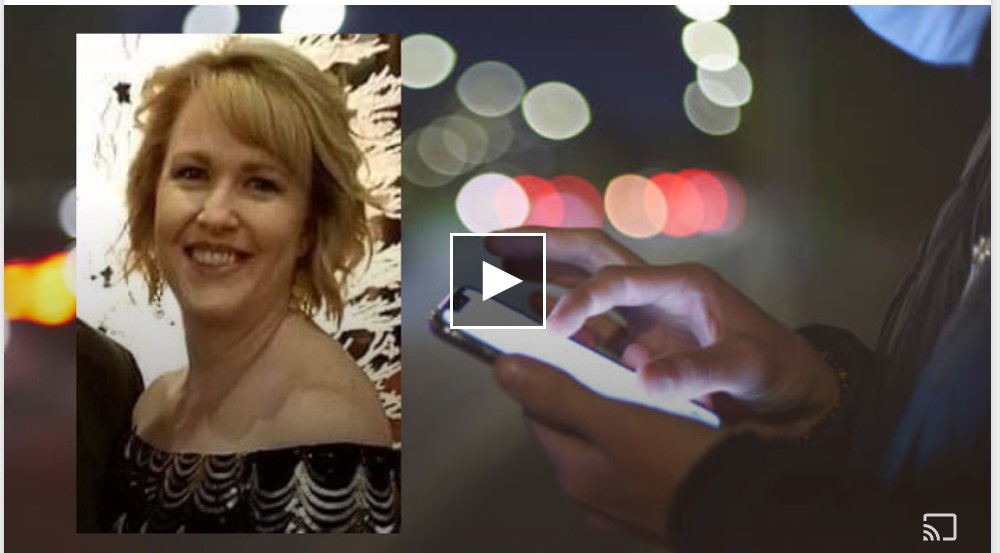 When a society is lawless and has no morals, traditions, standards, and ethics, or mind for safety- it becomes permissible for individuals with “dark streaks’ to feed the crevices of their dark souls that craves power and control-  and with adrenalin from seeing a dark society that has obstacles in their way-  they get heady from that wanton evil supply.

America used to talk about being a safe place for Children. Because of public policies that outright sexualize our children, those days are apparently over.

This is the story of a well-known mom in a community-who solicited sex from children, contacting them on social media.  She used her position of being a “Booster Mom” in school to network with children, and no one knew what was going on until a child told his mother about being solicited and an annoymous letter to the principal of the school surfaced.

They should have known to protect their children. Children are targets for predetors, but America lies about sex crimes and uses political messaging to elevate some people in order to votes- and with the usurpation of Public Education- the governments are focing children to be sexualized in schools.

There- everyone is on their own- now- to figure this stuff out. Who are the predetors and who are the targets?

About the time that the Me Too movement was kicking off to assault men and cover up the fact that women are also sexual predators, a study had been released which most of the media ignore showing

“For years, the FBI definition of rape was gendered, requiring ‘carnal knowledge of a female forcibly and against her will.’ But a recent redefinition focused instead on forced penetration with no mention of gender. Meanwhile, other data-gatherers had started to track a new category of sexual violence that the Centers for Disease Control call “being forced to penetrate.” The Atlantic reported in 2016.

Child rape is the ultimate taboo in American society, and very sick people crave that action. And lately, American culture is full of messages that not only is child rape good (look at the explicit materials in school libraries now), but it is also ok to go to schools and find a captive supply of children to assault.

Anyone who has tried to recover from childhood sexual abuse will tell you that it is very painful and that women can equally- also be the monsters who rape children.  This story is shocking proof of that fact.

THE FACTS OF THE STORY

Melissa Blair, 38, of Englewood, was indicted late in February by the McMinn County Grand Jury on 18 counts of aggravated statutory rape, four counts of human trafficking by patronizing prostitution and one count of solicitation of a minor, according to the McMinn County Sheriff’s Office.

Sheriff Joe Guy said in a press conference Tuesday that the alleged encounters happened from spring 2020 through late 2021 with students of McMinn Central High School.

Guy said that the McMinn County Sheriff’s Department received a referral from the Tennessee Department of Children’s Services on Dec. 9, 2021 that indicated Blair had been having sexual encounters with male juveniles who were students at McMinn Central High School.

The Daily Mail reported on the story, late in February, that a  mom from Tennessee ‘swapped vape pens for sex with teenage boys’ for sex.

Local ABC News reported on the sad and shocking case:

We spoke with a mother of one of the victims on Wednesday morning, who wished to remain anonymous for the protection of her child. https://platform.twitter.com/embed/Tweet.html?dnt=false&embedId=twitter-widget-1&features=eyJ0ZndfZXhwZXJpbWVudHNfY29va2llX2V4cGlyYXRpb24iOnsiYnVja2V0IjoxMjA5NjAwLCJ2ZXJzaW9uIjpudWxsfSwidGZ3X2hvcml6b25fdHdlZXRfZW1iZWRfOTU1NSI6eyJidWNrZXQiOiJodGUiLCJ2ZXJzaW9uIjpudWxsfSwidGZ3X3NrZWxldG9uX2xvYWRpbmdfMTMzOTgiOnsiYnVja2V0IjoiY3RhIiwidmVyc2lvbiI6bnVsbH0sInRmd19zcGFjZV9jYXJkIjp7ImJ1Y2tldCI6Im9mZiIsInZlcnNpb24iOm51bGx9fQ%3D%3D&frame=false&hideCard=false&hideThread=false&id=1493992697635524609&lang=en&origin=https%3A%2F%2Fnewschannel9.com%2Fnews%2Flocal%2Fmcminn-co-parent-says-woman-facing-18-child-rape-charges-lured-her-son-in-on-social-media-mcminn-county-tennessee-englewood&sessionId=73b166557197a32d6ccf7ffc10ef15f263e84611&siteScreenName=newschannelnine&theme=light&widgetsVersion=2582c61%3A1645036219416&width=550px

“We are devastated at this point,” she says. ‘I cannot in words describe what it feels like to be going through what we’re going through right now. It is every emotion that you can imagine. And none of them happy.”

“People focus mostly on the perpetrator,’ she continued. ‘They don’t realize how it devastates a family. How the families are at home, and we don’t know what to do next. I have no idea how to go forward with this.”

She concluded, “This isn’t just about putting a perpetrator behind bars. This is about families healing.“

American society has been slow to accept that women can be sexual predators, with their focus on the feminist movement and their insistence that all women are victims of all men. Often law enforcement will look the other way.

“This type of case is difficult and shocking even to seasoned detectives and I want to commend our staff for the many hours of identifying, locating and interviewing victims and their families, collecting physical and electronic evidence, as well as the many days of putting together the search warrant and subsequent case file. But most importantly we want to offer support and resources to the victims and their parents as we move forward,” Guy said.

The encounters between Blair and the children happened from spring 2020 through late 2021 Blair was  indicted by the McMinn County Grand Jury on 18 counts of aggravated statutory rape, four counts of human trafficking by patronizing prostitution and one count of solicitation of a minor

Blair, who was a McMinn County Central High School booster parent, has been banned from school property and activities.  “I also want to express my appreciation for the cooperation of Director of Schools Lee Parkison and District Attorney General Steve Crump and his office for their assistance in this case. We all share a common desire for the safety and welfare of our schools and students,” Guy said.

It’s believed Blair was talking to the teens on social media She posted $100,000 bail for her released.

The case will be set for McMinn County Criminal Court.