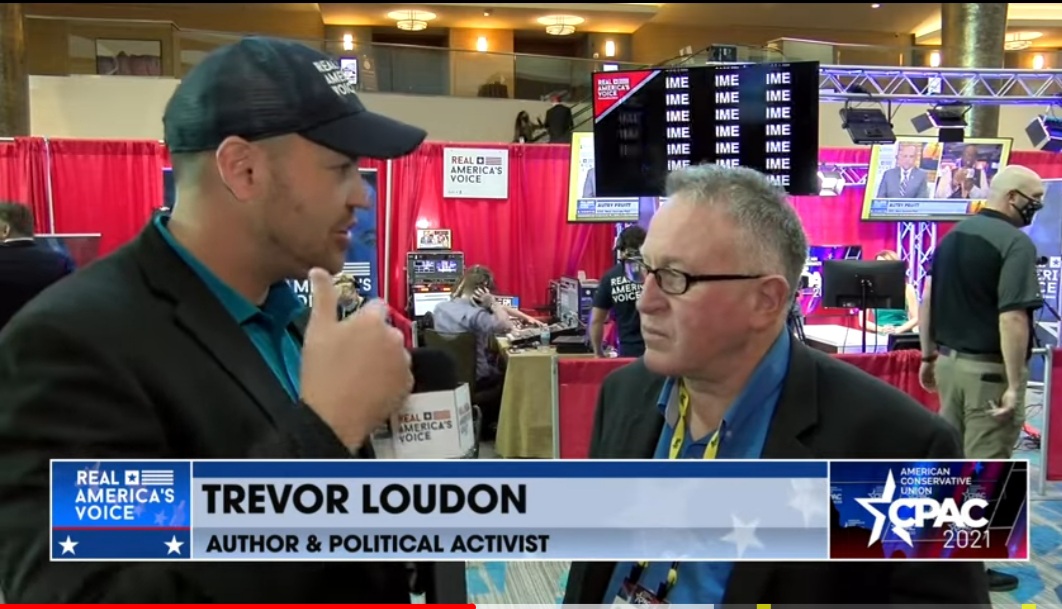 Ben Bergquam interviewed, author of White House Reds, and public speaker, Trevor Loudon from CPAC about his concentrated work on the dangers of ignoring the Chinese Community Party’s (CCP) rising power and authority in the United States of America.

Berquam focused his interview with Loudon on the CCP’s involvement with the COVID virus and what impact it had on the 2020 election, including a specific letter that Loudon had been addressing in interviews at CPAC, and then the two went even further.

“The CCP instructed people to tell others that China is not to blame for the virus that America was to blame for the virus. They instructed people to say that China was leading the world in fighting the Coronavirus. So this is how they get their party line communicated all over the world. Then that goes to their friendly journalists, and then the message gets magnified to the Democrat Party and others. This is the mechanism that they use to communicate the party line,” Loudon said.

“The Chinese deliberately spread the virus, but all the world’s Communist Parties fell in line, including the American Communist Party,” Loudon told Bergquam.

LOUDON TAKES THE GLOVES OFF AND COUNTER PUNCHES THE CCP

Loudon briefly outlined his vast expert knowledge of the motivations and backgrounds of numerous US political candidates, including current candidates for Democrat Joe Biden’s administration, and their personal ties to the Communist Party USA.

Loudon talked about the CCP backing Deb Haaland, who faces confirmation as the secretary of the interior. The media is calling her the first Native American woman selected for the position.

“They are a Chinese entity on a Chinese front, and they are just about to confirm one of the most important hosts in the Biden administration. That is the power the Chinese Communist Party USA has here,” Loudon said.

“We saw it here with the World Health Organization, with our election and the way the media handled it, and treaded water for all of them, “Bergquam said.

“We have to understand the context of the Covid virus and it’s impact on the election. That was war on America,” Loudon said.

“In 2019 China declared a People’s War on America, which is a Maoist term. What does that mean? It means to destroy your enemy by any means necessary before the soldiers even march. They deliberately spread the COVID to wreck the US Economy, to wreck President Trump’s chances for re-election, and to reduce the US military budget. Three goals.

Then Black Lives Matter, which is a Chinese Communist entity, run out of the Chinese Community Consulate in San Franciso and completely a Chinese operation, was taken to cities all over America.

Then they used for the energy of all of the young disaffected Black and Latino youths who had been told Trump is a racist and the Republican party hates them, to spread the message,” Loudon told Bergquam, describing the Community Organizing tactics the left use which only Loudon fully understands and reports upon.

Watch the following video to hear what else Loudon tells Bergquam about how Black Lives Matter registered voters in “key states”, and even more shocking details about the CCP: