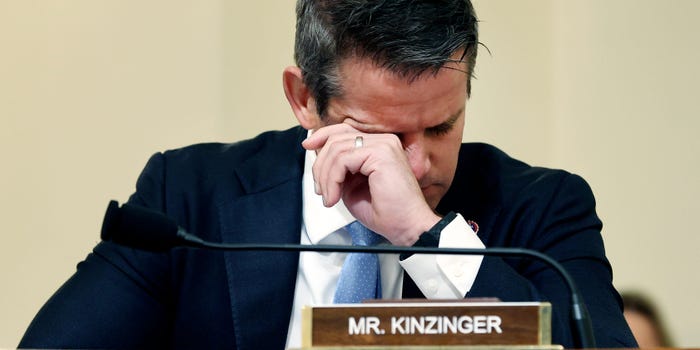 Rabid left-leaning Adam Kinzinger announced on Friday that he is running away from Washington DC after his disastrous performance as a pro-American Republican. After refusing to fairly represent the voters who elected him, Kinzinger gave his constituents some relief- and quit.

Not admitting to wasting people’s time and money in numerous temper tantrums and crying bouts, Kinzinger announced that at 43 years young, he is retiring from US Congress, hopefully, to not resurface anywhere else as a further burden to Americans.

Patting himself on the back as being “his own man,” he lied to himself in public about the six terms he served, viewing himself as a hero who impeached a Republican President in alignment with an out-of-control left.

In a self-righteous attempt to manipulate viewers, Kinzinger forgot that he was sent to DC to represent other people and glorified himself as the country’s savior, saying he was ready to leave DC.

Most likely, Kinzinger is being forced to leave because he has no more support from the little people at home, who no longer can tolerate his betrayal of them, their families, and their communities.

Kinzinger never thanks or mentions the Americans he was sent to DC to serve.

This is the Trump curse: